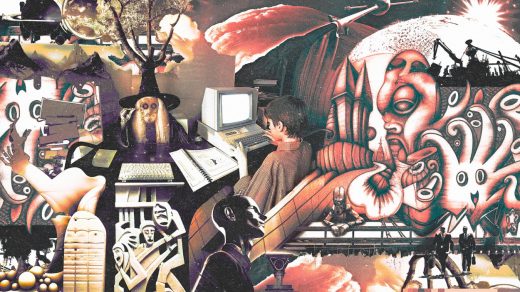 The joy of AI

For all the terrible stuff humanity has already done with artificial intelligence, there’s an undeniable awe to it that I haven’t felt since I first started tinkering with computers back in the ’80s, when I wrote my first “Hello World” program. Back then, there was a prompt in which you typed esoteric lines of code using BASIC. It felt magical to make things out of words made of electrons. Today, using a text-to-image synthesis AI app like Midjourney or Dall-E makes me feel like a kid playing sorcerer again.

Now, I type in another kind of prompt: a few words describing what I want these AIs to draw for me in plain English. That sentence might be “popcorn man navigates a sea of cheese hunting candy sharks” or “father and son riding retro spaceships race through a field full of T-rex as a meteor enters the atmosphere in a blaze of fire.” The AI interprets these words and turns them into a visual reality, like a genie casting a spell.

The contrarian in me was ready to rip this technology apart before I even signed up for Midjourney’s beta to conjure my first image, and it took a while to sign up to Discord, the chat-room platform where Midjourney’s AI bot lives. But, once I got in, the process of invention was very simple, requiring little to no technical know-how. There I was, in this chat where people were furiously typing short paragraphs as new synthetic images raced across the screen. Forcing to take my eyes off that never ending flow, I noticed the text field at the bottom and typed the command:

I followed that command with the first two verses of a Tom Waits song and hit enter. Four blobs appeared in a two-by-two grid. Slowly, images started to twist into focus. A few seconds later, four otherworldly landscapes appeared. I was hooked.

More than a week later, I still can’t resist the call of Midjourney’s shiny black monolith, this brilliant mermaid singing the wildest songs in the middle of the infinite ocean of derivative works that is today’s visual world. Unbound by human logic, image after image, the wildest and most surreal connections reign supreme. And yet, it all feels coherent at the same time. My long lost childhood dreams made of BASIC are back, except this time I only need to naturally speak what’s on my mind to see them come true.

Yes, I’m aware of its clear and present danger of artificial intelligence—the undeniable perils that lie ahead. A billion people may watch AI kill their jobs over the next decade while the panopticon watches in on the lives of billions more. Nightmares of assassin metal dogs populate the screens as daydreams of laws to stop real killer bots get choked by unscrupulous states. And of course artists are rightfully protesting against the AI vampire—the modern era of image-generating AI that have been diligently trained on their products and pieces—sucking on their fantasies only to beat them out of their cash and glory with a mashup of their own artwork.

Some counter that all these fears are exaggerated. That AI is not going to destroy jobs. And everything is a remix, anyway: this is just a new digital tool making that remixing faster and easier. There are even people who argue that there’s no point in arguing: AI is the next step in human evolution, the homo superior to our homo sapiens, the final answer to the last question. We may as well accept it and let our future essence surf the cosmic waves inside von Neumman probes till entropy ends it all.

But right now, as I face The Prompt that turns new words made of new electrons into new things, none of that matters to me. The only thing I know for sure is the wonder and happiness The Prompt has given me. The jubilation of seeing the neverseen, my undreamed dreams developing like Polaroids right in front of me, making me giggle. I feel like a god. I feel like The God. And an addicted God at that: one who can’t help himself but to say “Let there be light” again and again and again.

It seems to me that I’m not the only primate fascinated by this new intelligence. I’ve seen many declaring how hard it is to stop creating new images from words. And I have yet to find a single person who didn’t smile after writing a description in The Prompt and seeing the results. It feels as if the pure joy of the experience instantly makes them forget about the potential doom that artificial intelligence may bring to all of us in the far future. Maybe I’m just reflecting but, in their eyes, I can see the same light I feel in mine.

Now I find myself having new sorcerer dreams: I want to dive into those images and explore what’s going on in there. They feel like they are windows to new universes. It’s not mad to prophesize that, one day—once the computing power, storage, and AI sophistication reach the right point—they will become actual portals to an infinite metaverse. I see vast parallel realities in which worlds and characters are connected by physics dreamt by AI, following the orders of future human gods. Perhaps we are living in one of those universes now. Or maybe I should just stop using The Prompt before I go nuts.

AI joy of The 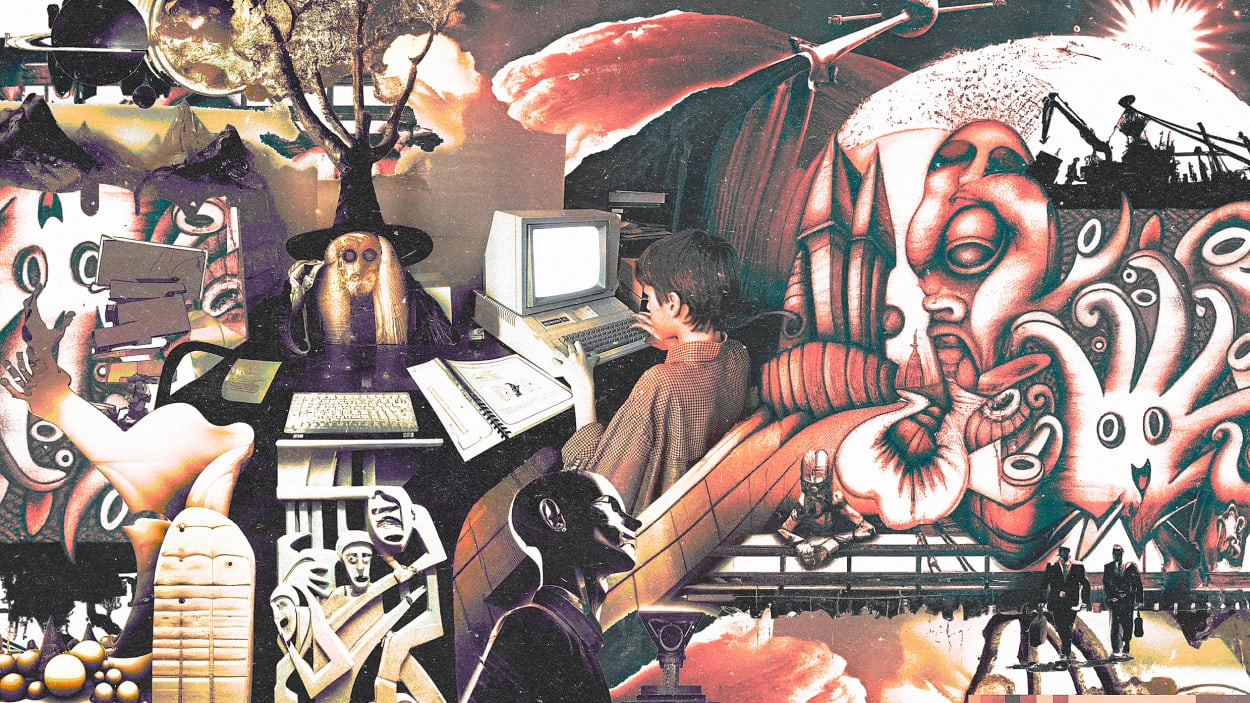