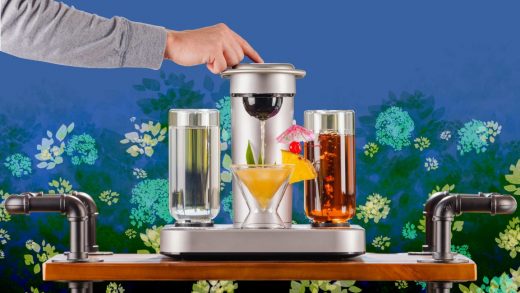 The Keurig of cocktails is surprisingly satisfying to use

I really wanted to hate the Bartesian, the $369 smart cocktail maker that has taken over TikTok. Why single-use capsules? Why not just use a mixer? Do we need to make alcohol more convenient? Why another hulking countertop machine? Who has that kind of space? Not me—I’ve got steam toasters and a fleet of direct-to-consumer Dutch ovens to contend with.

Bartesian founder and CEO Ryan Close put himself through college by bartending, though, he jovially admits, “I would just pray they order a gin and tonic.” Close’s career veered traditionally corporate, and he spent time at a Waterloo incubator attempting to launch a fintech startup before settling on Bartesian. Following the trend of more and more Americans swapping the bar for the sofa, he envisioned the machine as a more streamlined way to serve at-home cocktails (that aren’t gin and tonics)—less fuss, no guesswork, and the only glass you wash at the end is the one from which you drank.

The Chicago-based company, which launched its hero product in retailers in 2019, closed a $20 million Series A last April. Hyatt Hotels president Pete Sears is a three-year board member, and the machine is now piloting at select Hyatt locations as a minibar replacement. Jim Beam owner Beam Suntory is an investor—its branding appears on some of Bartesian’s packaging as recommended spirits. And actress Mila Kunis joined the board in 2021. (Though her star power stirred controversy after a seemingly candid video of her using the machine caused fans to call out the nondisclosure.) This year, a commercial version of the Bartesian Cocktail Maker will pop up at more than a dozen athletic stadiums—including Fenway Park, Dodger Stadium, and Wrigley Field—and roll out into American Airlines airport lounges. Through a partnership with Stanley Black & Decker (also an investor), later this spring, the company will release a “competitor” into the market, the $299 bev by Black + Decker. The company reported a 975% year-over-year revenue growth in 2020, and according to Close, through the end of February, they’re 120% YoY for 2022.

But in simplest terms, the machine is essentially this: a Keurig for cocktails. Depending on where you land on the mixology spectrum, your reaction is either: “Where do I press “Buy Now?” or “That is my worst nightmare.” The binary reaction I received from asking friends and colleagues is what made me cave and investigate further.

The Bartesian Cocktail Maker is approximately the size of a large air fryer, with four glass bottles that house liquor (vodka, whiskey, tequila, and a choice of gin or rum). Via taps on a touchscreen, you choose your drink strength, insert a Bartesian cocktail capsule, and the machine pulls liquor from the bottles and water from a reservoir to dispense the drink.

I don’t love Keurig-brewed coffee, but I respect it. My parents, who are in their late-sixties, drink a K-cup a day. And while I watch the waste pile up and what I consider to be beige, mud water go down, I recognize how happy that convenience makes them. No pot to clean, no grounds to measure, no lukewarm liquid remains. But also, the mechanism of machines like Keurig, Nespresso, and the like makes more sense to me: Capsules keep grounds fresh until use, an exact temperature keeps coffee from tasting bitter or burnt, and no one winds up with the last pour. Keurig also had a very short-lived instant cocktail machine that ceased to exist earlier this year. With the Bartesian, my question remained: Is using a quality mixer and a shaker too much to ask?

I suppose the magic is that the Bartesian offers a similar reprieve from the process of making a cocktail as Keurig does with coffee-making. The company sells more than 40 different cocktail flavors. It currently owns the patent to the capsules ($19.99 for a pack of eight) and remains its only distributor—from the classic Old Fashioned and Cosmopolitan to the pseudo-trendy Spiced Coffee, made with tequila and warming spices. Each capsule has a unique barcode that tells you what glass you should prepare and and tells the machine what liquor to dispense. It took me about 20 minutes to wash everything and set it up, out of the box. And less than a minute to make a perfectly delightful drink. It’s been in my house less than a week, and one is already sitting in my cart for Mother’s Day.

Whether or not it’s good, depends on your expectations. If you’re smoking your glasses and lacing homemade cocktails with rosemary oil, this is not the machine for you. As a novice, my hesitation was the capsules themselves: they’re plastic and shelf-stable. But with the five I tested—the Cosmopolitan, Old Fashioned, Lemon Drop, Rum Runner, and Long Island Iced Tea—I found each to be shockingly fresh-tasting and well-balanced, adequately tart and bitter when they need to be. They’re plenty sweet—the Cosmopolitan has 13g of sugar, the Rum Runner has 23g—though Bartesian also offers “low-cal” options, which use Stevia as a sweetener.

Close also emphasized that the capsules are recyclable (plastic #5), and I found pulling off the metal seals and rinsing them out simple enough, though I could see this as a hideous cleanup task after a party. That’s where the Bartesian’s sheen starts to falter: The capsules need to be perfectly placed on the holder to correctly puncture, otherwise the liquid can spray off to the side when dispensing. There always seems to be some lingering liquid that dribbles out once your cocktail is done, leading to a small sticky puddle that gathers in the drip tray. It’s not a big deal for a cocktail or two, but serving a dinner party could be annoying. And the machine itself is just really big and clunky. You really are trading your bar cart for the Bartesian. Because if you live in a city apartment, you probably don’t have room for both.

In an experiment, I cut open a Cosmopolitan capsule poured it into a glass with proportionate measures of water and vodka, and it was fine. Side-by-side with a Bartesian-made Cosmopolitan, it was not nearly the same dopamine rush, but taste-wise, it wasn’t distinguishable in any way. But I suppose that’s not the point. There’s no secret bartending monkey hidden inside the machine—all it needs to do is puncture an aluminum-top capsule. The Bartesian is exactly as Close pitched it: convenient, quick, and easy-to-use. And many people, myself, included, are willing to pay for a good cocktail. 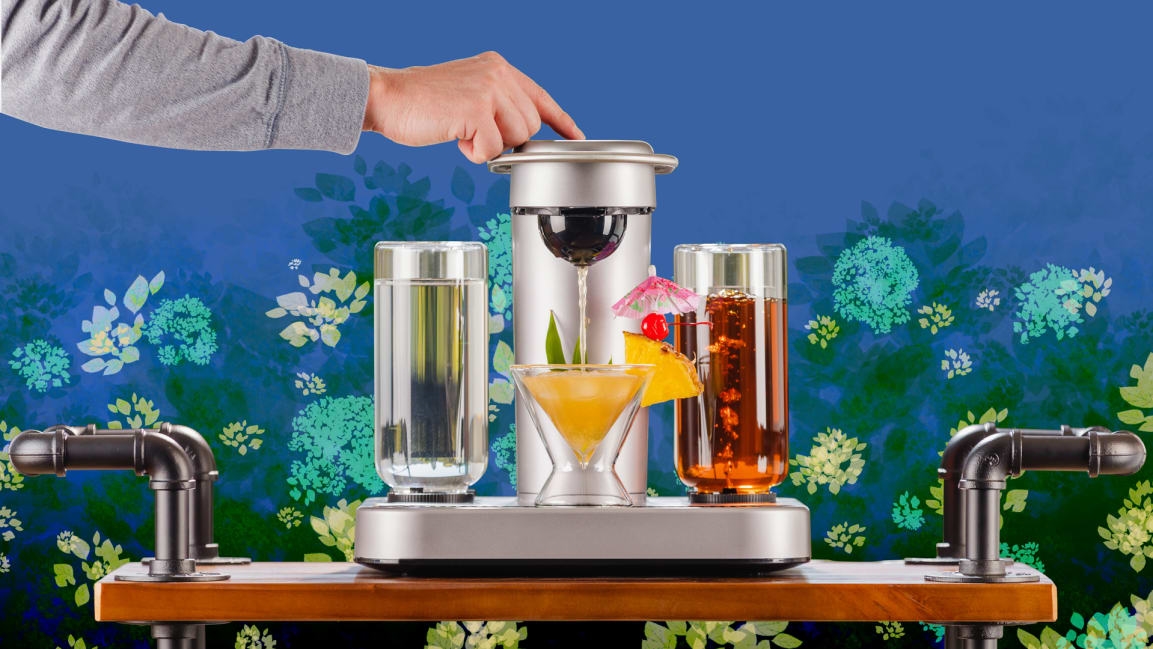