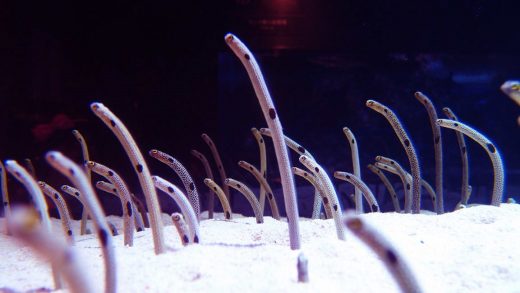 The lockdown has eels missing people too. This Tokyo aquarium wants you to FaceTime them

Social distancing has been hard on eels, too.

And Tokyo’s Sumida Aquarium, home to a community of 300 spotted garden eels, is worried about its little sea creatures. While shy by nature, over years of dwelling in the aquarium, the eels have adjusted to the daily ritual of hundreds of human faces pressed up against the glass, peering into their tanks. But since March 1, when the aquarium closed due to the coronavirus pandemic, aquarium staff have observed a reversion in their eels’ behavior.

According to a statement from the aquarium in Japanese translated into English, as the aquarium’s spotted eels now only see the odd human being here or there, they’re forgetting what it’s like to be surrounded by humans and have begun burrowing in the sand when staff members pass by.

In the wild, the typically cautious eels will dive into the sand of the ocean floor, tailfirst, at any sign of threat. But in captivity, their hidden state makes it difficult for aquarists and zoologists to check whether the eels are healthy or ill.

The aquarium is now pleading with the public to help these eels in an urgent “Face Show Festival” from May 3 to May 5, during which people can FaceTime with the eels, gazing at them through their screens as they, hopefully, gaze back. The aquarium is setting up five tablets around its tanks, and the calls, which will last for five minutes between 10 a.m. and 2 p.m. Tokyo time, can only be made through Apple devices.

If all goes well, callers will see the eels start popping out of the sand headfirst, swimming, and eating food twice a day. (Callers are asked to refrain from loud noises, which could startle the eels.) “It is our wish that the eels will show a healthy appearance, without disappearing into the sand even if humans approach them, as before,” wrote aquarium keepers.

Ours too! So if you can spare a minute of your packed weekend sitting at home to greet an adorable, bug-eyed, grass-shaped little eel, please do! Not because it’s cute but for the good of the fish! (And because it’s cute.) 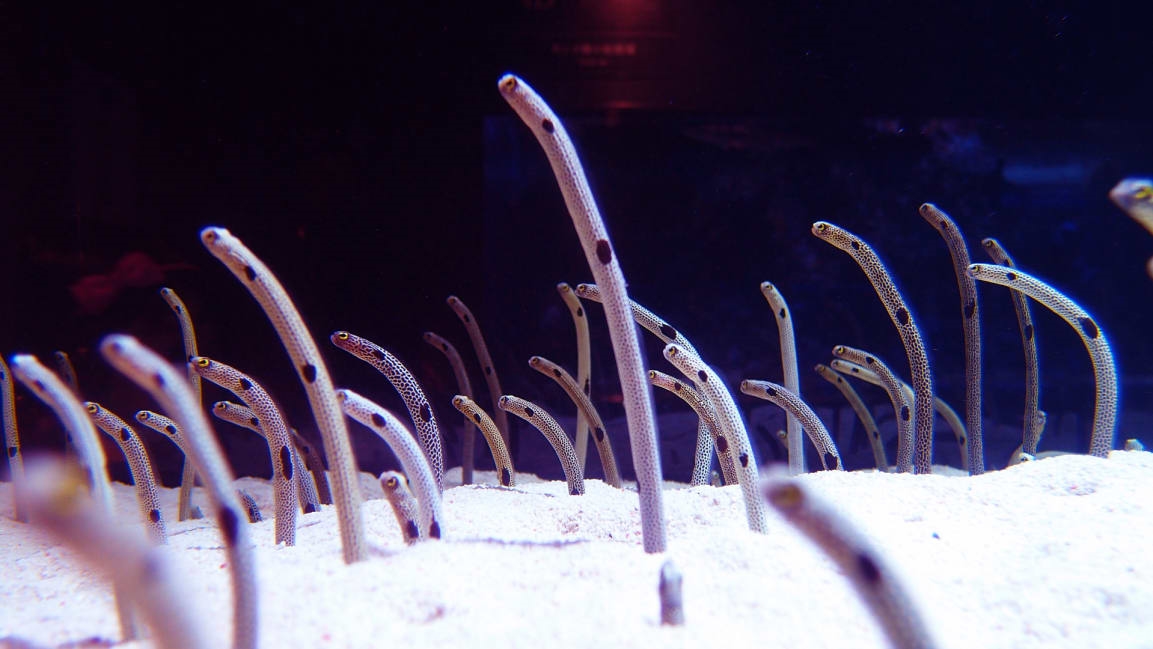