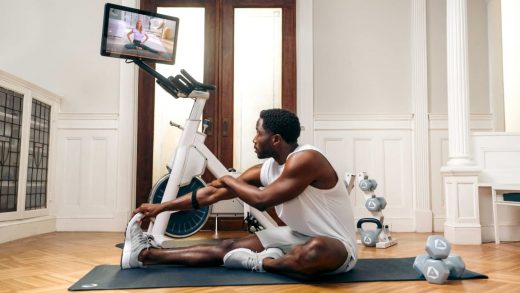 I was never a huge spin enthusiast pre-pandemic, but my extreme aversion to gyms lends a certain allure to home equipment. No crowded locker rooms, no steamy, shoulder-to-shoulder studios. The things people seem to miss most about spin studios are the things I avoided like the plague. And now, with at-home spin bikes becoming increasingly accessible, I really have no excuse to avoid them.

I’m not alone. Even post-quarantine, the rise of at-home spin workouts doesn’t appear to be slowing down. One market research firm estimates home exercise bike sales will continue to rise, generating $2.33 billion in 2027.

So when MYXfitness approached me over the summer asking if I wanted to test its new spin bike, the MYX II Plus, I (somewhat reluctantly) decided to give it a try. The second iteration of the company’s smart stationary bike has been designed to act more like an all-in-one fitness center. The spin bike comes with a 21.5? swivel screen that can be turned away from the bike itself to encourage cycle-to-mat, full-body workouts. The bike also comes with a SPRI weight set, kettlebell, GAIAM exercise and stabilizing mats, a foam roller, and resistance bands.

With all these bells and whistles, the MYX II Plus clocks in at $1,599. (Sans the extras, the bike can be purchased for $1399.) For comparison, the comparable Peloton Bike+ is $2,495 and NordicTrack Commercial S22i is $1,999. Both include delivery and assembly. MYX charges an additional $200 for white glove services.

But what sets the MYX II Plus apart isn’t just its affordability. It’s the sheer quantity of content that’s available on these bike. In June, streaming fitness powerhouse Beachbody acquired the company behind MYX, MYXfitness. Today, three separate experiences can be streamed on the bike: Openfit, BOD (Beachbody On Demand), and the immersive vertical known as BODi (Beachbody On Demand Interactive). All three regularly update with new content, but perhaps the most interesting is BODi, which allows users to partake in live BODcast classes while virtually participating and receiving instructor feedback via the built-in Sony 8 megapixel camera. (I admit this is my worst nightmare, but I can see why this appeals to some group exercise enthusiasts.)

The classes look different, too. MYX president Heberto Calves says the Openfit classes were designed with brighter studios and sets than most competitors. There’s certainly a different vibe on Openfit than other streaming services I’ve tried. I’m a sucker for an aesthetic: I love the dreamy zen of Alo Moves and rave afterglow of obé Sometimes Openfit feels too sterile to me, like it was filmed in a hotel gym. My Peloton loyalist boyfriend, however, swears that Openfit’s spin classes are more challenging than anything he’s ever taken.

Streaming enthusiasts coming from other platforms may prefer BOD/BODi classes, which sometimes look like they were filmed on the set of Tron. They are exceptionally entertaining. A handful of live classes are available each day—ranging from barre to HIIT to spin—but so far, schedules are only available a few days in advance and sometimes at obscure times depending on time zone. (To be fair, BODi only launched in mid-September and remains in beta for Nutrition+  members until Oct. 19, when it’s released to the general public.)

Calves says that MYX designed its newest bike to be easily adjustable and customizable, making it ideal for a household. Adjusting the seat and handlebars to accommodate different heights is fairly seamless. And as a non-committal spinner, I appreciate that the pedals are dual-sided for clip-ins and regular sneakers. Our previous home gym set-up was a smorgasbord of scattered mats, kettlebells, and a rogue bike, but now feels contained and compartmentalized, thanks to the MYX II Plus’s well-ordered set up. And if you’re an Apple Watch owner, the ability to close your rings with the MYX II could be a game-changer.

Some concerns: The bike uses friction rather than magnetic resistance—and more serious riders may notice the difference, though a sturdy 41-pound Flywheel keeps things feeling steady and smooth. (Calves says the friction padding will take 7 to 8 years of wear and tear and is replaceable.) The screen is gorgeous and immersive, but can sometimes be glitchy and unresponsive to touch. Toggling between BOD/BODi and Openfit is extremely annoying, as you need to log out entirely and there’s no way to save your user name and password. Additionally, subscriptions to those services can add up: Openfit is $29 a month while BODi is $19.95 a month—on top of the annual $99 BOD membership. (Both BOD and non-BOD members will have access BODi.)

That said, the good largely outweighs the bad. You’d be hard-pressed to find a popular spin bike maker that doesn’t somehow tether you to a monthly subscription fitness fee. And as a piece of equipment, the MYX II Plus is relatively affordable. As a casual rider, I find the friction resistance perfectly fine. And the dependence on the heart rate monitor, which I thought would be clunky, is fairly intuitive and a nice way to stay connected and mindful during your workout.

Am I more of a workout warrior since the MYX II arrived? No. But I don’t think it forces me behave like one either. It allows me to do a 10-minute spin session or pedal along with the news or a scenic ride. But it’s also there for the more aggressively sweaty members of my household to spend a few hours on. All in all, the MYX II finally feels like a spin bike I don’t want to avoid.

Bike Could Equipment Home Need Only Plus 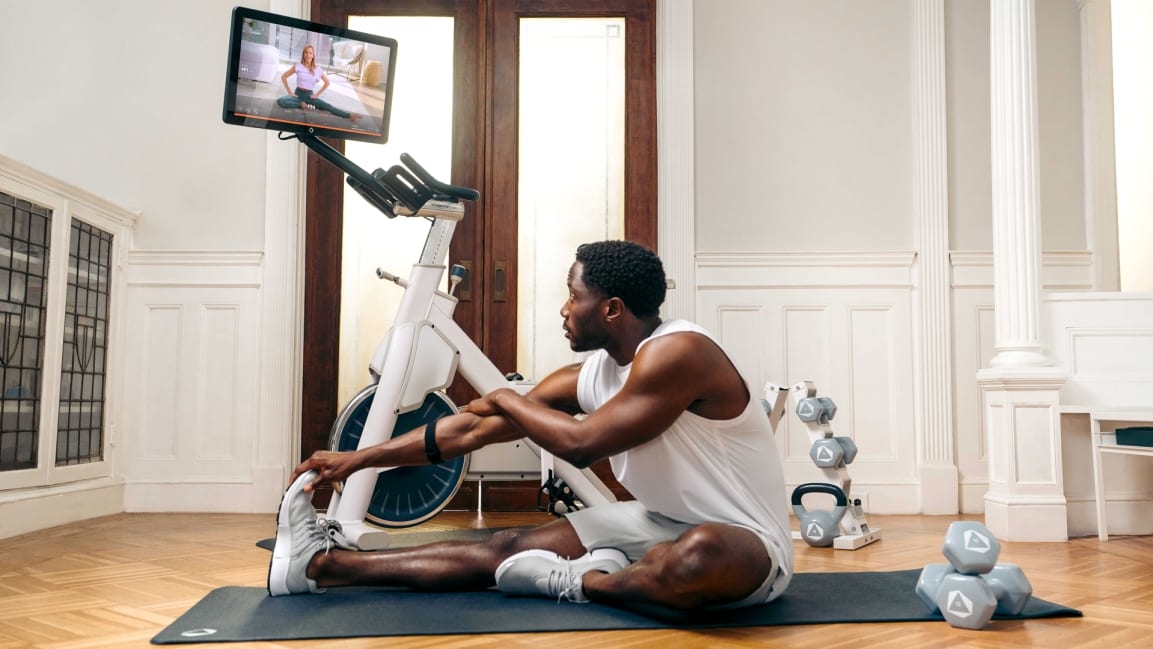