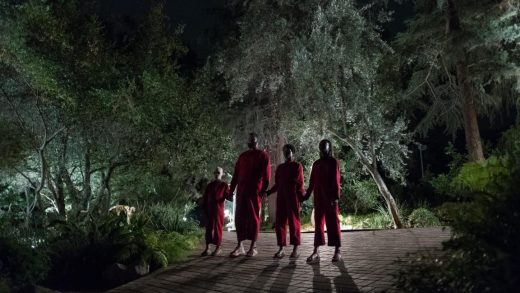 With his Oscar-winning debut feature Get Out, Jordan Peele proved he’s adept at using horror as a vehicle to explore larger ideas. With his sophomore film Us, Peele unpacks more than race, and in doing so, it also references a somewhat forgotten event in modern U.S. history that gives the story yet another layer.

Us follows Adelaide and Gabe Wilson (Lupita Nyong’o and Winston Duke) whose beach vacation with their kids plunges into a nightmare when murderous doppelgängers invade their home with the mission of cutting themselves free of their counterparts in a very permanent way. As the plot later reveals, everyone has a doppelgänger (aka, the Tethered) living in destitution underground and chained to the actions of the above-ground class: If you’re playing Whac-a-Mole at a carnival, your Tethered is miming your actions, sans equipment. If you’re eating a nice, warm meal, your Tethered is making do with cold, raw meat.

Peele has explained that Us is an allegory of classicism–how the privileges we enjoy always come at the expense of someone else lower on the food chain. To illustrate that point further, Peele wove into the story Hands Across America, a 1986 charity event that raised money and awareness for the homeless.

Ken Kragen, the music manager who spearheaded the We Are the World fundraiser in 1985, cooked up his second act a year later with the idea of forming a transcontinental human chain of 6.5 million people holding hands. The route stretched across 16 states and participants paid at least $10 to secure their spot in the 4,125-mile line. Kragen corralled everyone from Michael Jackson to Bruce Springsteen into “We Are the World,” and the star power for Hands Across America was equally impressive with Oprah Winfrey, Barbara Streisand, Harry Belafonte, and Robin Williams participating. Even President Ronald Reagan linked up.

However, Kragen’s goal of raising at least $50 million fell drastically short of its mark, pulling in just $15 million. Not a terrible sum, to be sure, but critics pointed out the fact that the cost to put on the event was between $14 million and $16 million. As a spokesperson for the National Coalition for the Homeless in New York told the New York Times a year after the event: “It was a net good. But they spent too much to raise too little and promoted a national extravaganza empty of content.” A reverend in California echoed that sentiment as well: “It raised a lot of money, but the problem is so much bigger than that.”

To say Hands Across America was a failure would be inaccurate. The event did raise money for the homeless and hungry. But it was just a glitzy Band-Aid atop a gaping wound. The event didn’t challenge the root cause of why there was (and still are) so many homeless men, women, and children. The effort didn’t spark any substantial changes when it comes to affordable housing, unemployment, or chronically low wages. Even Reagan’s endorsement drew some heat because during the same week as Hands Across America, he blamed hunger in the U.S. on the poor having a “lack of knowledge” of where to get food.

Like many charity events, Hands Across America was well-intentioned but ultimately a self-serving balm to ease the guilt of our privilege by tossing a couple of bucks at a problem without taking a hard enough look at why that problem exists to begin with.

After watching Us, you’ll see just how problematic that can become–in the most extreme way possible, of course. 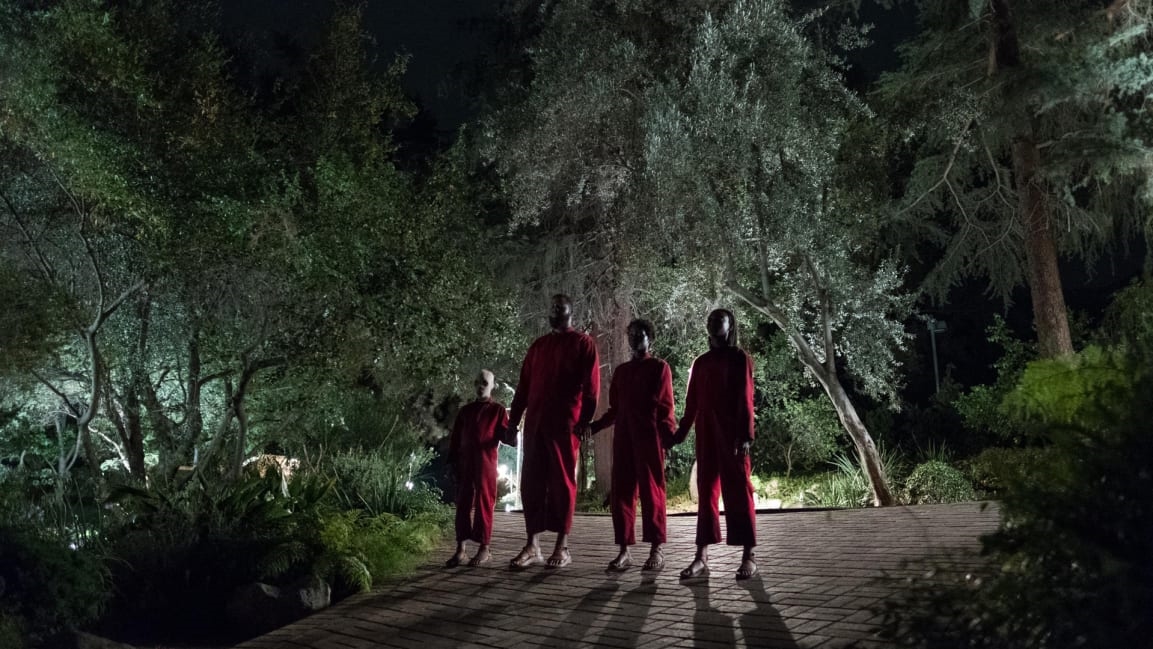