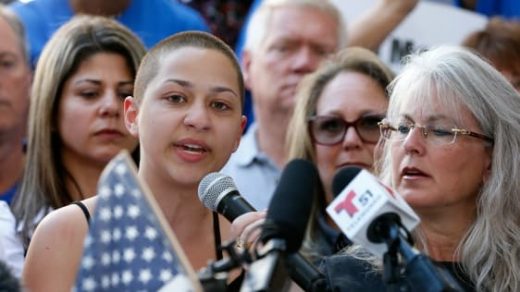 They may not be old enough to vote, but the high school students from Marjory Stoneman Douglas high school are impacting the political conversation about gun control in the U.S. in a way few adults have the bravery to do. The teens who witnessed 17 of their classmates murdered are pressuring senators, the NRA, and the president, and forcing a national conversation about gun violence. And they are just getting started.

As they plan and lead a classroom walkouts and a national march, they are following in the footsteps of kids throughout history who have spoken out against injustice, engaged in civil disobedience, and at times even risked their lives to change the country.

Oftentimes kids are better at forcing change than adults. For many of us, as we age we grow more cautious, more measured; we feel like we have more to lose by speaking out (like our jobs). Kids, though, have an attuned sense of right and wrong and are just starting to form their world views.

For the high school students from Parkland, the fight is just beginning. As they prepare for the work ahead, here’s a look at six other social movements led by kids.

Long before child labor laws, young boys would spend the entire day (and often well into the night) hawking newspapers on city streets. The boys bought bundles of papers each morning and had to eat the cost of any unsold papers. While there had been several strikes over the last two decades of the 1800s, the most famous came in New York in 1899 when The New York World and the New York Evening Journal raised the price of the bundles sold to the newsboys.

Led by a young boy nicknamed “Kid Blink” (because he was blind in one eye), thousands of newsboys protested on Brooklyn Bridge for several days, bringing traffic to a standstill, and reducing the circulation of Joseph Pulitzer’s World from 360,000 to 125,000.

The strike lasted two weeks and halted the news distribution for most New England cities. The direct outcome of the strike itself wasn’t world-changing: the World and Journal didn’t lower their bundle price but they did agree to buy back all unsold papers (after which the newsboys union disbanded). However the strike had a longer-tail effect: It inspired later newsboys strikes across the country and helped pave the way for the child labor protections that would come decades later. (It also inspired the 1992 Disney film Newsies, and the 2012 Broadway show of the same name.)

1955: Claudette Colvin Refuses To Give Up Her Seat For Segregation

Nine months before Rosa Parks’s famous arrest refusing to give up her seat on a bus in segregated Montgomery, Alabama, an outspoken 15-year-old broke the same law. On March 2, 1955, the high school student refused to give up her seat to a white passenger. She was arrested and convicted of disturbing the peace, violating the segregation laws, and assault (even though she didn’t assault anyone). According to her classmate Annie Larkins Price, Colvin yelled, “It’s my constitutional right!” as she was dragged off the bus by police. Colvin was a member of the NAACP Youth Council, wrote about segregation for her school paper and aspired to be president.

Although she ended up being one of the five plaintiffs in the court case of Browder v. Gayle that determined bus segregation in Montgomery was unconstitutional, the broader civil rights movement and Colvin’s own mother deemed her too outspoken and too young to be the face of the desegregation movement. Colvin later said, “My mother told me to be quiet about what I did. She told me to let Rosa be the one.”

Still, in a 2005 interview Colvin said, “I feel like what I did was a spark and it caught on. I’m not disappointed. Let the people know Rosa Parks was the right person for the boycott. But also let them know that the attorneys took four other women to the Supreme Court to challenge the law that led to the end of segregation.”

1963: Gwendolyn Sanders And The Birmingham Children’s Crusade For Civil Rights

In the early 1960s, the fight for civil rights was centered in Birmingham, Alabama. And as Dr. Martin Luther King Jr. saw the movement struggling to sway the nation’s and the president’s sympathies, he changed tactics and called for a children’s crusade. Hearing the call and witnessing the injustices of racism first hand, 7th grader Gwendolyn Sanders helped organize her classmates, and hundreds of kids from high schoolers down to first graders joined in a massive walkout on May 2, 1963.

Around 800 students defied their teachers and parents and skipped class, crawling out of windows and scaling fences. They sang, and held hands and carried picket signs with fearless phrases like “I’ll die to make this land my home,” as they marched to city hall.

The city’s police chief, Bull Connor, ordered the children to be arrested, cramming more than 500 kids into jail. But as kids were released they re-joined the march the next day. Connor then turned high-powered fire hoses and vicious police dogs on the kids. The images of children being brutally attacked by police became national news and forced President John F. Kennedy to finally pay attention.

A little more little more than a month after the children’s crusade—and after Alabama Gov. George Wallace barred two black students from enrolling at the University of Alabama–President Kennedy announced plans to introduce civil rights legislation.

1984: Ryan White And The Fight For HIV/AIDS Awareness

In the 1980s, as the AIDS epidemic raged in the U.S., the public understood very little about how it was transmitted. As such, those with the disease were often ostracized. When 13-year-old Ryan White contracted HIV from a blood transfusion, his Indiana school refused to let him return even though doctors said that he posed no health threat.

Over the next five years of his life (he died at age 18 in 1990), White became a national symbol of people living with HIV/AIDS, helping to advocate for more AIDS research and public education. Shortly after his death, Congress passed the Ryan White CARE Act, which provided funding to improve availability of care for low-income and uninsured AIDS patients.

2012: Malala Yousafzai’s Fight Against The Taliban For Girls’ Education

As the youngest person to win the Nobel Peace Prize (at 17), Malala Yousafzai is perhaps the most famous example of a child activist. Inspired by her father’s humanitarian work, she began keeping a blog in 2009 when she was 11 years old, describing life under the Taliban occupation of her town, including the ban on girls attending school.

Her blog quickly got international attention including a New York Times documentary and many media interviews. Her prominence as an activist made her a target and on October 9, 2012, a Taliban gunman shot her in the head on her way to school. The attack raised her profile and, after recovering, she became even more prominent as an education activist, founding the Malala Fund, a nonprofit focused on girls’ education.

2017: Sophie Cruz And The Thousands Of DACA Kids Fighting For Immigration Rights

At an age when most kids are learning how to tie their shoes, 5-year-old Sophie Cruz was reaching out to one of the most famous and revered men in the world in the name of human rights. Cruz was born in the U.S. to undocumented parents, and she worried about them being deported, so when Pope Francis visited Washington, D.C., in 2015, she ran out into the street as his car passed by to deliver him a note she had written urging him to speak out on behalf of undocumented immigrants. She was wearing a shirt that “Papa Rescate DAPA,”(Deferred Action for Parents of Americans).

At first she was turned away by security, but Pope Francis noticed her and her shirt, and requested to meet her. The next day, Francis addressed the issue to a joint meeting of Congress and encouraged greater openness for immigrants and refugees.

In May 2016, Cruz was invited to the White House to visit President Obama, and at just 7 years old she was a featured speaker at the Women’s March on Washington in January 2017. In her speech she said, “We are here together making a chain of love to protect our families. Let us fight with love, faith and courage so that our families will not be destroyed.”

Cruz advocates for the hundreds of thousands of kids fighting to stay in the country who are now facing deportation under Trump’s repeal of DACA (Deferred Action For Childhood Arrivals).

The students of Marjory Stoneman Douglas High School were all born after the 1999 Columbine High School Shooting. Since then there have been an estimated 200 school shootings. Growing up in this reality and watching as politicians offer little more than thoughts and prayers has surely had a profound impact on the students who witnessed their friends murdered at school on February 14, 2018.

Related: Companies are beginning to break ties with the NRA

Led by Cameron Kasky, David Hogg, and Emma Gonzalez, this group of teenagers has emerged as organized, fearless, informed, and articulate. In just over one week they have organized and inspired walkouts at dozens of schools nationwide, and put together plans for a national school walkout on March 14, the March For Our Lives in Washington, D.C., on March 24 (with sister marches planned around the country), and a general strike on April 20 (the 19th anniversary of the Columbine massacre). They have shown themselves to be the voice of reason against adults in power, taking the NRA, Senators, and the President to task for their hypocrisy and lack of action.

In a nation that has become resigned to quick complacency after each mass shooting, these teens have refused to back down, pressing those in power to answer questions that until now adults have let slide.

While the fight against gun violence likely won’t end with the efforts of the Parkland students, there is no doubt that they have made a lasting impact on the progress of history. And as Steven Levingston wrote for the Washington Post, “History shows that kids, with their innocence, honesty and moral urgency, can shame adults into discovering their conscience.” 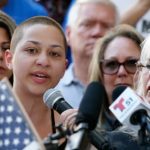 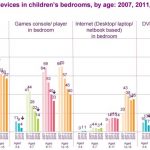 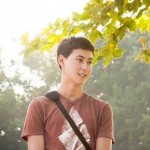 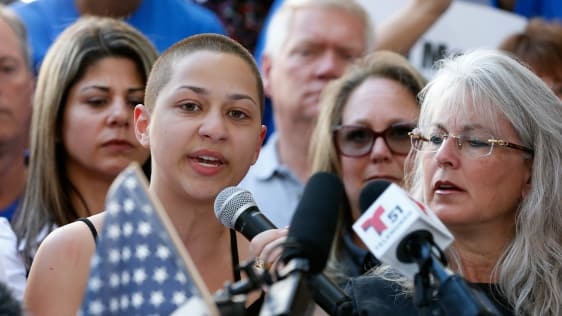