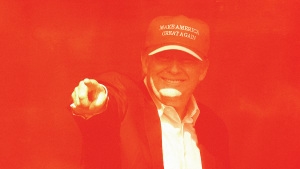 There’s new evidence that a Trump presidency may present a serious threat to future philanthropic funding: A recent survey by Schwab Charitable, the country’s 4th largest nonprofit behind Fidelity, United Way and Feeding America (according the research by the Chronicle of Philanthropy) reports 45% of its current donors and financial advisors are likely to reduce their annual giving if Trump’s proposed tax reforms—which reduce charitable deductions on taxable income–take effect in 2018. In total, as many as 60% of Schwab’s givers would either decrease donations or aren’t sure how they’d proceed.

The hit to charities could be enormous: Schwab Charitable is a public charity that manages Donor Advised Funds, a philanthropic vehicle that lest people get to tax benefits of giving to charity and then decide where to give their money after the fact. The money going in may not go back out within the same year, but it eventually does: In fiscal year 2017, for instance, Schwab’s contributors distributed $1.57 billion to over 65,000 charities through hundreds of thousands of grants.

That’s a 34% increase from the previous year, in part because the strong economy and continually rising stock market have driven an uptick in people contributing to DAFs. In addition to cash contributions, public stock, private company shares, IPO profits, and gains from real estate, private equity and hedge fund holdings can all be liquidated and added without taking a capital gain hit.

Typically anyone with about $5,000 can start such a fund, which they can then manage and even reinvest through Schwab’s self-driven investment dashboard or an in-house money manager. The result is basically like starting a 401K for charitable purposes, which the owner can then cash out in part or whole to share with different nonprofits without any penalty.

At the end of June, Schwab reported that it has $11 billion in DAF assets under management. Since its formation in 1999, the group’s account holders have distributed a total of $8 billion in grants to approximately 113,000 charities. By avoiding capital gains taxes on non-cash assets, the Schwab estimates donors are able to ultimately invest around 20% more than if they’d converted those original stakes to cash, paid taxes, and contributed to a charity directly. Last year, such contributions accounted for about two-thirds what Schwab received from investors.

As Fast Company has reported, the proposed Trump changes may shortchange giving because, like it or not, people—especially those with high net worth—generally use charitable contributions as a way to reduce how they’re taxed on their take-home pay. Trump’s plan combines tax brackets (form seven to just three) in a way that lowers the deduction rate for this kind of practice (instead of taking, say, $400 off your taxable income for every $1,000 given, you’ll likely get $330).

The original proposal called for a total deduction cap of $100,000 for individuals and $200,000 for families, instead of the current rule that allows offsets up to 50% of your income by giving a proportionately much higher amount of your net worth away. After public outcry, the latest revisions don’t mention caps, although that doesn’t mean they won’t be reintroduced at some point.

Lowering deductions might not make a huge difference to folks giving annual contributions of a few hundred bucks to some cause they care about, but it could substantially impact those who provide the bulk of the nonprofit sector’s funding: high net worth givers, who often make donations in numbers with a lot more zeros to offset what they owe the government, a practice increasingly done through DAFs.

“Changes to the charitable deduction [standards] would have the greatest impact on giving,” says Kim Laughton, the president of Schwab Charitable in an email, who notes that, according to the group’s recent survey there’s obvious interest in preserving the current tax plan.

Several sector watch groups have opposed this reboot, including the Charitable Giving Coalition, which publicly noted that while the previous system could benefit the rich, it was designed to do so in a way that empowered those helping other in need even more. Early estimates from the Center for Effective Government estimated the drop in contributions would be $9.1 billion annually.

Other groups, like Philanthropy Roundtable and Alliance for Charitable Reform, have been meeting with top Republican congressional leaders about the idea of creating a universal charitable deduction for givers who don’t itemize their tax returns, which might encourage more giving from everyday folks to offset losses at the top levels.

For DAF users, the idea of investing in a charitable fund but waiting to distribute might be a hedge against another emerging behavior: Since the election, many donors are acting increasingly partisan, supporting causes that are politically in line with how they voted. Holding money in a longer term philanthropic plan might allow for more reasoned or even more strategic investment than just giving in response to politics, so long as the money still moves back to nonprofits in a timely manner.

But nonprofits without proper funding obviously can’t do their jobs effectively. The irony is that these groups generally work on a shoestring, so funding gaps might cost their employees jobs, leaving fewer people to do more urgent work.

The proposed plan would lower the tax benefits of charitable donations.

There’s new evidence that a Trump presidency may present a serious threat to future philanthropic funding: A recent survey by Schwab Charitable, the country’s 4th largest nonprofit behind Fidelity, United Way and Feeding America (according the research by the Chronicle of Philanthropy) reports 45% of its current donors and financial advisors are likely to reduce their annual giving if Trump’s proposed tax reforms—which reduce charitable deductions on taxable income–take effect in 2018. In total, as many as 60% of Schwab’s givers would either decrease donations or aren’t sure how they’d proceed.