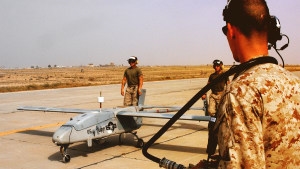 The Radio “Bubble” That Could Shield Soldiers From Terrorist Drones

The idea of drones carrying things cameras for journalism, aid for disaster zones, or even packages for Amazon sounds great to a lot of people.

The concept of drones smuggling contraband into prisons or dropping grenades on soldiers for ISIS? Not so much.

That’s why there’s an increasing number of efforts to keep the unmanned flying devices from going where they shouldn’t–things like birds of prey, nets, guns, and systems meant to send drones back to from whence they came.

And now, the military has awarded a contract to a company whose technology is meant to stop ISIS and other terrorist groups from using drones to attack soldiers, as well as to keep unauthorized drones away from places like prisons and critical infrastructure or first responders.

The startup, San Diego’s SkySafe, has developed technology meant to keep unwanted drones away from battlefields, stadiums, prisons, airports, and other areas where they can wreak havoc, regardless of whether their pilots have malicious intent or are simply flying recklessly. It had previously raised a $3 million seed round from the A-list Silicon Valley venture capital firm Andreessen Horowitz (a16z), and today, SkySafe is also announcing an $11.5 million Series A round of funding led by a16z.

The idea behind the technology, explains SkySafe CEO Grant Jordan, is to determine in real time drones’ unique identifiers–radio frequency signals, serial numbers, or other data–and even distinguish them from other drones of the exact same model.

“We focus entirely on radio frequency technology,” says Jordan. “We look at all the signals coming from the drones, and from the controllers. We build tools to detect, identify, track, and intercept drones in those spaces.”

There are other companies working on a similar approach, such as Palo Alto-based ApolloShield, which developed a $30,000-per-year system that resembles a wireless router and can detect drones flying as high as two miles above the ground.

But SkySafe’s technology, and its determination to come up with a mobile solution to jamming terrorist drones, made it an ideal partner for the military, says Sean Singleton, the director of business development and marketing at Defense Innovation Unit Experimental, or DIUx, the Department of Defense’s Silicon Valley-based investment arm–which has five major areas of focus: autonomy; human systems; IT systems; artificial intelligence and machine learning; and the commercialization of space.

In the last six months of 2016, DIUx awarded a total of $36 million on contracts, according to Federal News Radio, and in recent months, the organization–which has come close to running short of cash–has been servicing 25 contracts with companies, including for a device known as Sonitus that helps service members communicate in noisy environments, and one for autonomous sailboats that can collect intelligence. SkySafe is slotted under the program’s autonomy efforts.

Starting about six or seven months ago, Singleton explains, news headlines about ISIS using drones to attack soldiers began popping up regularly, leading to the creation of a DoD task force aimed at countering the strategy. SkySafe was best able to respond to the military’s request for a mobile counter-drone technology, one capable of being installed in the field and thwarting potential attacks from consumer drones retrofitted to carry, and drop, grenades.

In fact, Singleton says, SkySafe particularly appealed to DIUx and Pentagon leaders because the company saw the business benefit of temporarily pivoting from an initial business model of focusing on keeping drones away from facilities like airports to the more mobile approach needed to protect soldiers on the go in combat zones.

“They decided to do a business pivot to do mobile counter” unmanned aerial systems, he says. “We were able to bring something compelling to them in terms of use case.”

A Protective Bubble Around Vehicles

Based on its work with DIUx, SkySafe scored the 12-month contract with Naval Special Warfare–worth $1.5 million–to develop a prototype system that it will test over the next nine months. Jordan says he expects the system will be deployed in the field sometime next year.

The idea is to provide Navy SEALs a system that can be mounted on light tactical vehicles and “create a protective bubble around that vehicle,” Jordan explains. That bubble can extend to a radius of about a kilometer around the vehicle, and the group it’s in, giving the SEALs the ability to automatically fend off potential attacks by drone that they would otherwise have to handle manually.

The technology comes in the form of a radio-system-in-a-box that’s bolted to a vehicle, and that has an array of sensors capable of searching for drones’ identifiers. An operator uses a tablet to enter in the identifiers of any drones allowed to be in the area, and the system is designed to then pick out any nearby that are unauthorized, and take over control of the device. What happens then is up to the system’s operator, but the most likely is to force the drone to return home.

SkySafe isn’t disclosing the cost of the system, which it has been testing at range facilities to demonstrate its capabilities and evaluate the effective operating distances for different types of drones.

Groups like ISIS have increasingly been modifying off-the-shelf devices, generally those from China’s DJI, the world’s-largest maker of drones, to carry, and drop, 40mm grenades. “It’s very rapidly changed the battle space,” Jordan says, “and changed the way forces on the ground have to think about tactics.”

Adds Jordan, ground forces haven’t had much in the way of effective tools for taking down drones. “They’re hard to hear, hard to see, and it’s hard to knock them down. Right now, they’re pretty much trying to shoot at them, and that’s not all that effective.”

More problematic, he says, is that even the threat of a drone coming out of nowhere, being controlled by an unseen terrorist, is changing the mind-set of soldiers on the ground, adding just one more threat of which they have to be aware.

“In Mosul, Iraqi forces have to be thinking about [this] and looking up for potential drone threats,” Jordan says, “because they don’t know if they’re there. It makes it a lot harder to be effective. With our system, the goal is to take that out of the equation and stop drones from being used in that way.”

At the same time, SkySafe’s system was designed to minimize the burden on the military personnel, “keeping them safe,” Jordan says, “and not being a distraction.”

What’s not clear is the full scope of the danger posed by terrorist-controlled drones. But whether or not they’re a major threat, they give ISIS and other groups the ability to attack areas that might otherwise be inaccessible, allowing a remote operator to send the weapon-laced flying device over protected barriers, says Gregory McNeal, the cofounder and COO of Airmap, a startup specializing in drone traffic management software tools.

The concerns about terrorist drones coincide with repeated reports of drones behaving badly at locations like airports and sporting events. The risk is also amplifying efforts by the Trump administration to restrict drone use: in April, the Pentagon restricted civilian drone flights over military bases, and in May the White House proposed a draft bill that would let the government take down unmanned aircraft posing a danger to firefighting and search-and-rescue missions, prison operations, or “authorized protection of a person.” The White House proposal could also address the existing upheaval around who, if anyone, regulates hobbyist drones.

SkySafe says that while the main focus of its mobile system is supporting the needs of Navy SEALs in the field, it will eventually also be suitable in domestic environments where anti-drone coverage is temporary or mobile, like during festivals and for law enforcement.

In testimony before the U.S. House of Representatives Committee on Homeland Security in 2015, McNeal cautioned Congress against overreacting to events like the infamous case of someone crashing their DJI drone on the White House lawn. He urged lawmakers to take real-life probabilities into consideration when trying to mitigate against “‘possible’ worst-case scenarios.”

But that was before the uptick in ISIS’s use of drones in Iraq, and the limited ways that military forces can protect themselves against such attacks. Until now, he acknowledged, the main ways soldiers can take drones down is to shoot at them or try to take out the drones’ operators.

Still, McNeal said the tools for interrupting drone command and control are advancing at much the same rate as terrorists’ capabilities. “The big challenge is on the side of figuring out how to counter these malicious uses,” he said.

The startup SkySafe raised $ 11.5 million from a group of investors, and inked a deal through the Pentagon’s innovation lab to work with the Navy SEALs.

The idea of drones carrying things cameras for journalism, aid for disaster zones, or even packages for Amazon sounds great to a lot of people. 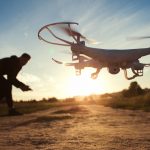 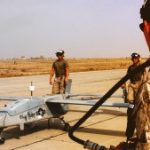 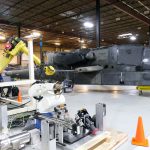 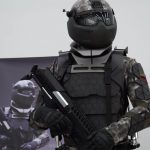 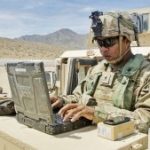 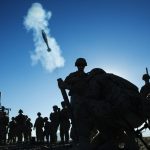