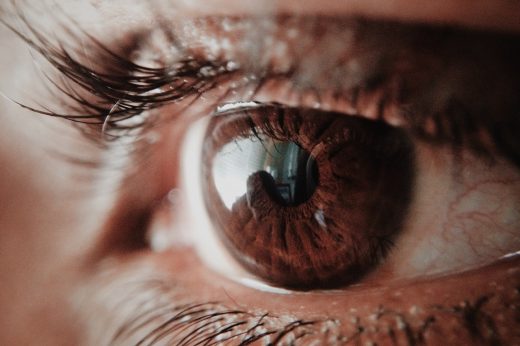 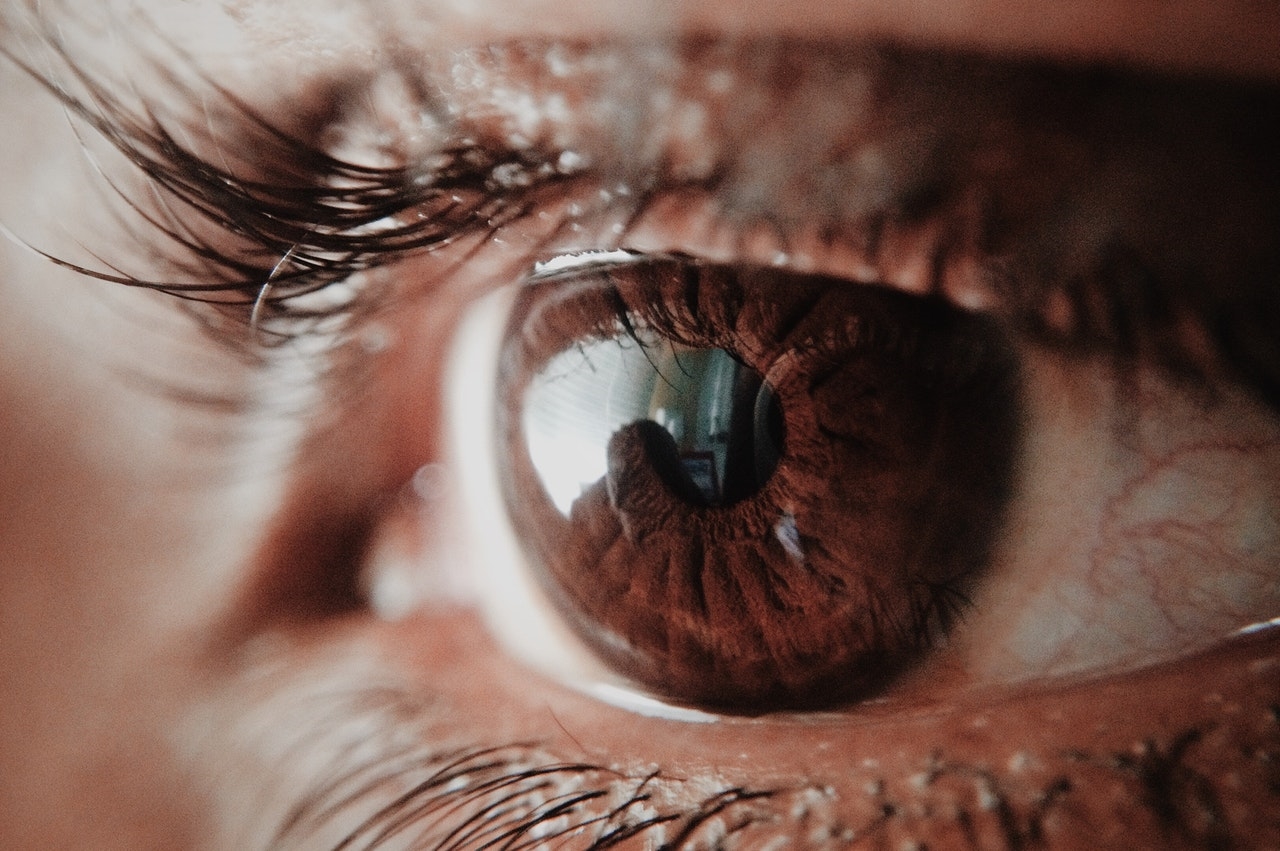 The year is just over the mid-point, and you may have noticed that the hype for blockchain and distributed ledger technologies hasn’t cooled off at all. Make no mistake: the blockchain revolution is far from over. Here are the top blockchain trends of 2020 that you need to know about.

Development continues unabated, and organizations are still investing time and money into the study of this nascent technology.

Blockchain as a technology is very much in its early stages. Not all organizations are ready to take advantage of the benefits blockchain brings to the table. Let’s take a look at a few trends that will continue to impact blockchain and its related technologies as we continue through 2020.

Let’s face it: blockchain is arguably the most hyped technology of the past five years, if not the decade. But we have to ask ourselves a simple question: has it lived up to the hype? Has it managed to fulfill our expectations?

While the business value of blockchain continues to grow, there is also a sense of frustration with blockchain, with many executives feeling that the technology is overhyped.

There are many factors that contributed to this mounting frustration. One of them is the belief that blockchain is a catch-all solution to issues across many industries.

While the promise of the technology can be seen, it isn’t quite the major disruptor many thought it would be, and the frenzy over bitcoin and other cryptocurrencies certainly did not help matters.

A lot of the early blockchain pilot programs were too focused on proving the legitimacy of blockchain. Present projects, however, are now looking at using blockchain technology to solve issues and add value to services.

Instead of trying to figure out if the technology will work, people are now asking the right question: “How can I make blockchain work for me?”

When blockchain burst on the scene, many focused on its usage in the realm of cryptocurrency. While this is a valid approach towards technology, it isn’t really attractive to many firms and enterprises.

Instead of cryptocurrency, we are starting to see a more practical approach to the implementation of blockchain-based solutions. Many industries have started embracing technology, leveraging the unique approach that blockchain brings.

Diverse fields including insurance, medicine, banking, and logistics have begun to use blockchain for myriad practical uses.

Practical and helpful blockchain tech include tracking shipments, record keeping, and even in data security.

Adoption Of Blockchain Will Continue To Grow

While fintech firms were the first to take notice of blockchain because of its cryptocurrency applications, it soon became clear that the technology had more to offer than just digital money. Blockchain has started to gain prominence in many industries that found a practical use case for the technology.

Blockchain has been utilized in many different forms. It has been used as the foundation of clearing and settlement systems that are resistant to tampering and fraud. The technology is used for smart contracts, and found use in speeding up digital transactions as well.

The field of agriculture is one place where blockchain has proven to be a boon.

Logistics and supply chains have seen a use for blockchain as well, allowing both fields to track the provenance of materials, information and other resources.

The medical and healthcare field leverages blockchain by taking advantage of its data transparency and trustworthiness in record keeping.

More industries are finding practical uses for blockchain, allowing these businesses to use this technology to improve services.

The Demand For Blockchain-Related Jobs Will Increase

The wide array of apps and the rapid diversification of blockchain also heralds an opportunity for developers. With more firms gearing up to take advantage of blockchain, the demand for developers will start growing exponentially.

Blockchain-related jobs are one of the fastest-growing fields in the labor market today. Even the freelance market has taken note, with skill in this technology becoming even more in demand.

Consumers and investors across the globe are on the lookout for an alternative investment that does not have the volatility that people associate with decentralized cryptocurrencies such as Bitcoin.

Stablecoins may well be the answer to this need. Several interested firms in the private sector are working on their take on stablecoins while several countries are developing their own.

The rise of stablecoins will also be the needed push many regulatory bodies will need to come up with sorely needed regulatory guidance for cryptocurrencies.

Government Agencies Will Start Integrating Blockchain Into Their Operations

Current data systems used by government agencies are separate from each other, and implementing a blockchain-based solution will go a long way towards streamlining government operations.

Blockchain and AI Integration Will Continue To Gather Steam

The technical collaboration between Artificial Intelligence (AI) and Blockchain will be a focal point of 2020. On its own, blockchain provides little value. Combined with other technologies, however, blockchain comes into its own.

Blockchain solutions can help make AI decision-making easier to trace. Blockchain will help ensure that any decision made by AI is made based on easily verifiable and provable information.

AI brings its own set of benefits to blockchains, helping them become more secure and improving their user-friendliness.

The advent of the Internet of Things or IoT can be seen as a double-edged sword. While the IoT helps make sharing and processing data easier, it also opened up avenues of attack for bad actors. It also makes it easy to lose or misplace data.

Integrating blockchain into your IoT provides a solid solution that is almost perfect. Blockchain keeps a permanent, transparent record of every activity and transaction, it means it is easier to identify when something goes wrong, or when a malicious breach has occurred.

Billions use social media on a daily basis. The addition of blockchain and distributed ledger solutions to social media will help solve the issues faced by social media sites.

Data privacy, data control, and content relevance are just some of the challenges that blockchain will resolve.

The interoperability of separate blockchains has been a challenge faced by developers, and 2020 may be the year when we finally get improved communication between different blockchains.

Interoperability allows users to access their data on one blockchain while they are on a different one, or even send data from blockchain to blockchain. While this is a challenge for many developers, the benefits will make it worth the trouble.

2020 is the Year of Regulatory Clarification

Regulation has always been a tricky subject for blockchains, especially those that are associated with cryptocurrency. The regulatory landscape is a muddled, complicated mess, with many different interpretations coming from US regulatory agencies, and even from international bodies as well.

There have been steps taken in the right direction. In late 2019, the IRS issued an update, the IRS Revenue Ruling 2019-24, and updated their FAQs.

Meanwhile, the state of Wyoming became a trailblazer in the US, passing legislation that is aimed at encouraging innovation in the cryptocurrency sphere while setting clear regulatory guidelines and oversight.

Expect other regulatory commissions and legislators around the world to keep a sharp eye on how these new laws and updates will work, with an eye towards following in their footsteps.

The future of blockchain and distributed ledger technology is fluid and rapidly changing. Predicting what trends will come to the forefront is a difficult task at best.

One thing remains clear, however. Viewing blockchain as a solution in itself is the wrong way to tackle this nascent technology.

Instead, we need to view it as part of a solution. Look for the value it adds to AI and IoT solutions as a data management system that enriches technology.

The post The Top Blockchain Trends of 2020 that You Need to Know About appeared first on ReadWrite.

A motivated, strong-minded individual with a passion for internet marketing. I developed a managed-workforce-provider for companies looking to strengthen their brand, generate more meetings, and increase their sales