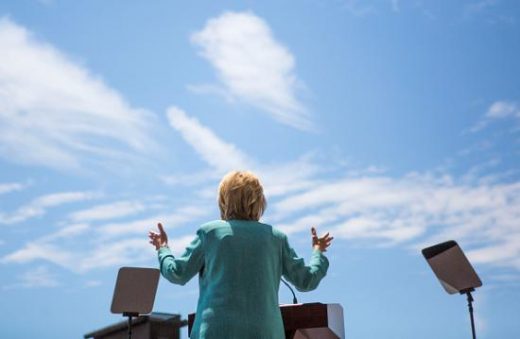 The Toughest Critic of Hillary Clinton’s College Plan? Herself

The Toughest Critic of Hillary Clinton’s College Plan? Herself

When Vermont Sen. Bernie Sanders first rolled out his plan offering free college tuition to all American students, his political adversary, Hillary Clinton, threw some wonky shade. It would cost way too much, she told crowds at campaign rallies. And it’d be politically impossible since Republican governors, who would have to provide billions in matching state funds, would never get on board.

“You read that fine print and it basically says, ‘Yeah, it’ll be free if the governors of America put in about $ 28 billion,’” Clinton said in a speech at SUNY Purchase in April, describing Sanders’ plan. The idea that Republican leaders, like Wisconsin Gov. Scott Walker, who recently cut $ 250 million in funding from the famous Wisconsin public university system, would suddenly chip in hundreds of millions to underwrite tuition “doesn’t make a whole lot of sense,” she added. “It doesn’t add up, my friends.“

But fast-forward to July and Clinton’s pragmatic accounting concerns appear to have vanished.

On Wednesday, the presumptive Democratic nominee announced her support for a Sanders-esque plan to eliminate tuition at all in-state public colleges and universities for any student whose family makes less than $ 125,000.

While there are not yet precise estimates on how much Clinton’s new college tuition plan would cost, a Clinton aide told the Washington Post that the new program would likely clock in at around $ 100 billion more than her previous, New College Compact, putting it at around $ 450 billion over ten years. Like Sanders’ plan, it hinges on the idea that state governors, incentivized by the promise of federal matching dollars, would provide billions in state funds to underwrite their long-neglected public colleges and universities.

Clinton’s new proposal undoubtedly makes good politics—it allows Sanders, who has remained in the primary race, to claim a public victory, and may help to lure many of Sanders’ disillusioned, young supporters to the Clinton camp. But it suffers from precisely the same criticisms that Clinton herself levied against Sanders’ plan a few months ago: It is dauntingly expensive and nearly impossible to implement from a political standpoint.

Clinton’s plan, which would make college free for roughly 80% of students, stops short of Sanders’ pledge to eliminate tuition for all American students, regardless of income. But it goes way beyond her previous proposal, which would have provided more subsidies for lower-income students, paid for by limiting tax deductions and expenditures for the wealthy to 28%, and required that families make a “realistic contribution” to tuition.

In her announcement, Clinton said she would pay for her new plan by closing high-income tax loopholes, particularly those used by hedge funds, private equity firms, and other Wall Street money managers, and then use that money to provide grants to states that agreed to invest matching funds in their own state public schools.

Education experts, including Barmak Nassirian, the director of federal relations and policy analysis at the the American Association of State Colleges and Universities, says the Clinton team is probably “gross underestimating” the real cost of implementing her plan as-is.

Considering that public colleges currently bring in roughly $ 65 billion per year in tuition revenue, Nassirian said, the simple arithmetic would suggest the outlay would run closer $ 650 billion over ten years. Even if you exclude as many as 20% of students whose families make more than $ 125,000 a year, who will still pay tuition under Clinton’s plan, the government would assume 80% of that cost. That’s closer to $ 520 billion, not $ 450 billion.

“It wouldn’t just be expensive financially,” Nassirian added, “but expensive in terms of the political capital that would have to be spent pursuing policies that are not necessarily optimal.”

While Nassirian applauds the idea of incentivizing state governments to reinvest in public colleges and universities, the Clinton plan includes several other policy proposals that would end up being very expensive for very little reward, he says. For example, the plan would allow students to permanently refinance their loans under today’s super-low interest rates—3.76% for undergraduates—which would result in the government receiving tens of billions of dollars less in repayments over the years. It would also impose a three-month moratorium on loan payments to allow students to enroll in a more appropriate repayment plan, and expand the Pell grant program to allow low-income students to take classes in the summer.

Neal McCluskey, the director of Cato’s Center for Educational Freedom said the problem was not only the program’s high sticker price, but that it may end up being regressive. “If you were to make tuition go away for people making up to $ 125,000, that’s regressive,” he said. “It’s helping wealthier people more, who don’t necessarily need it, and it’s hurting taxpayers.”

McCluskey and other critics also make the same argument that Clinton once did—that students benefit from working for their tuition dollars, since it tends to help them value the education they’re receiving.

In speeches last year, Clinton suggested that students should contribute their earnings from working 10 hours a week to their tuition payments. “We need to make a quality education affordable and available to everyone willing to work for it,” she said last August, “without saddling them with decades of debt.”

The toughest criticism that Clinton’s new college plan is going to face will be words like that, from herself just a few months ago. 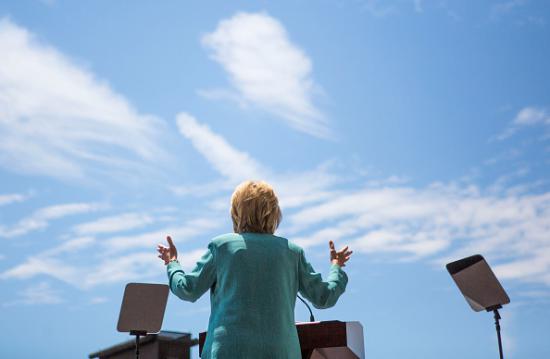