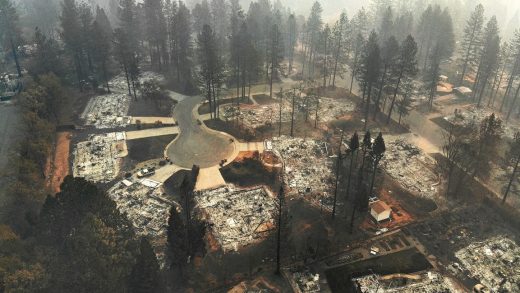 As repeated heat waves blister urban residents and the West Coast regularly erupts in devastating wildfires, a disproportionate amount of low-income households are feeling the burn. According to recent research, a large amount of California’s subsidized housing is located in areas facing risk of wildfire or the impacts of extreme heat—two problems only expected to get worse as the climate continues to change.

Two studies coauthored by C.J. Gabbe, an assistant professor of urban planning at Santa Clara University, quantify just how vulnerable California is, and point to the kinds of policy changes needed to protect the entire population.

Research Gabbe conducted with Gregory Pierce, from UCLA, and Efren Oxlaj from Santa Clara University, found that there are 140,000 units of subsidized housing in California’s wildland-urban interface, or WUI, where human development meets the forest. Though it’s only a small portion of what ends up burning, this area represents the majority of the human devastation—the houses burned, the lives lost. In California, where roughly a third of all households are located in the WUI, it’s no small risk. Thousands of buildings have burned so far this year, and the fire season is far from over.

“Folks perceive the WUI as being a place of affluence, and it is to some degree, but it’s also a place where there’s a fair amount of poverty,” says Gabbe. His research has found that one in six census tracts in California have poverty rates above 20%. “So there’s this kind of hidden dynamic on the edges of metropolitan regions that I think are important on equity grounds.”

Other research he’s done with Pierce found a disproportionate fraction of California’s subsidized housing is located in areas known to experience extreme heat but with few options for addressing the heat, such as tree canopy cover, better insulated housing, access to parks, and the financial ability to afford cooling. Though these areas have 8% of the state’s total housing, they have 16% of public housing units. Low-income residents tend to have a higher incidence of chronic health risks that can be exacerbated by extreme heat, creating a potential strain on the health system. And California is not alone. In cities across the country, lower-income neighborhoods tend to see a dangerous overlap of extreme temperatures and high incidence of chronic disease.

Though he focused specifically on subsidized housing, Gabbe says the data can be extrapolated out to understand risks facing affordable housing in general, showing “where there have already been public investments, where we know that low-income households will live for decades into the future,” Gabbe says.

The location of these homes raises concerns over equity, safety, and resilience in the face of extreme events, Gabbe says. “We know that these households tend to have little or no savings,” he says. “Their inability to bounce back really justifies some kind of policy response.”

The root of these problems lies in how housing development and density is encouraged or discouraged, Gabbe says, especially when considering wildfire risk. Though the WUI seems rural, about three-quarters of the subsidized housing there is actually part of a metropolitan area. It’s useful, Gabbe says, to think about how local land use planning can limit the availability of housing in some towns, leading people to look for affordable homes farther from cities and into the WUI. Among the nearly 14,000 homes lost in Paradise, California, during the 2018 Camp Fire was a 36-unit affordable housing complex, as well as several mobile home parks. The loss of homes such as these only adds pressure on existing affordable housing elsewhere.

But policymakers are making new efforts to improve the way housing is planned and developed in California. Gabbe points to the Affordable Housing and Sustainable Communities Program, which focuses on reducing greenhouse gas emissions and including climate change adaptations in the way housing is planned and built, such as raising structures at risk of sea-level rise and incorporating net-zero-energy systems. Funded through cap-and-trade dollars, the program supports development that’s designed to avoid hazards such as wildfire and extreme heat.

“We know that different policies would protect people, would reduce disparities,” Gabbe says. “So it’s a matter of thinking of the bigger picture and how do you use climate adaptation as a way to create a healthier overall population.”

But progress may be slow. Research that Gabbe is working on now looks at what happens after housing is destroyed by wildfires. Early data seems to show it gets built right back where it burned. 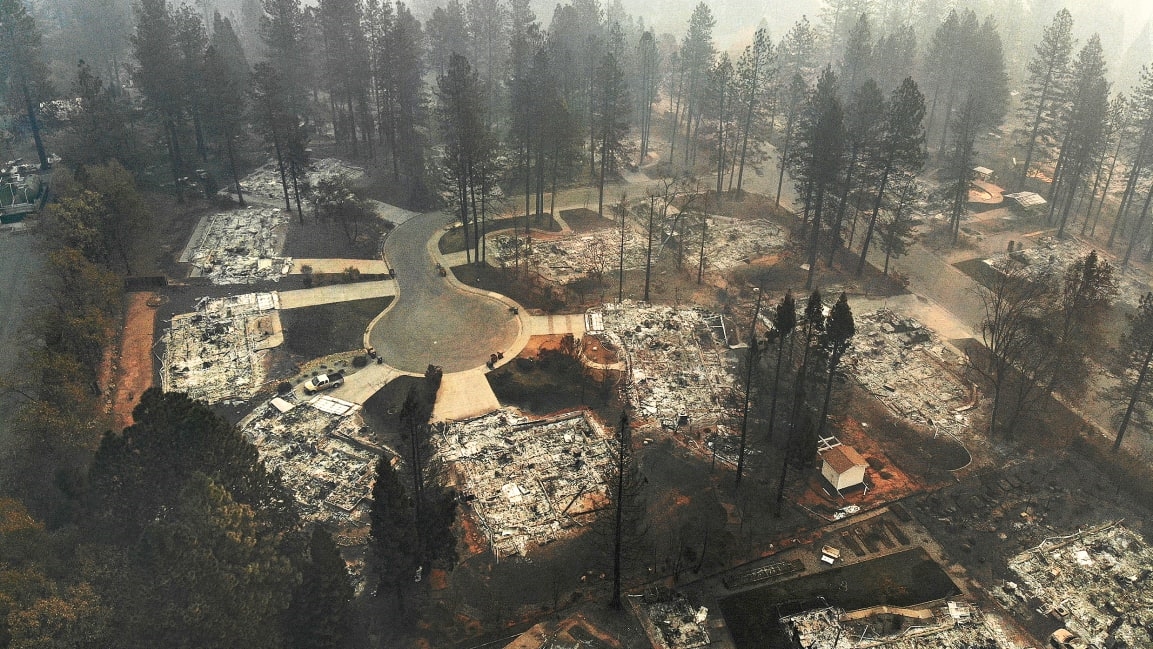