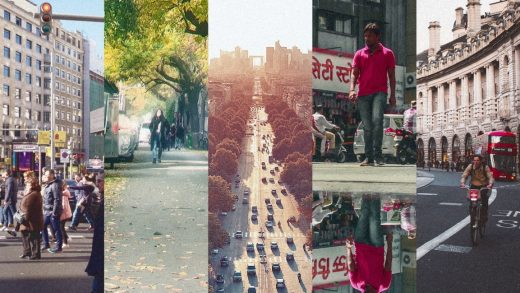 In downtown Cairo, it’s not uncommon to see streets clogged with cars. But in a proposed redesign for a central thoroughfare, they’re hard to spot. Instead, in the concept illustration for what looks like the Egyptian version of Amsterdam, a two-way bike lane, a sidewalk, and a plaza filled with palm trees replace the sea of street parking.

Similar changes are now happening in every part of the world. Some cities are going further, transforming larger swaths of space that were previously dedicated to cars and restricting when and where the most polluting vehicles can drive. For most cities, the primary reason for the change is air pollution, which now kills more people than smoking. It’s also a way for cities to tackle their climate change goals–and to deal with the fact that there just isn’t enough room on city streets for everyone to sit in a car of their own, especially as populations grow. Here are a few of the cities transforming fastest.

In the city center of Oslo, former parking spaces on the street have been transformed into bike lanes, benches, and tiny parks. By the beginning of this year, the city had finished a process of removing 700 parking spaces as a way to incentivize people not to drive in the area, while adding some charging stations for electric cars and more parking for drivers who are disabled. At the same time, Oslo is improving public transit and making it easier to bike. The goal: to reduce pollution while making better use of limited public space. “Cities, like Oslo, have been built for cars for several decades, and it’s about time we change it,” Hanne Marcussen, Oslo’s vice mayor of urban development, says in an email. “I think it is important that we all think about what kind of cities we want to live in. I am certain that when people imagine their ideal city, it would not be a dream of polluted air, cars jammed in endless traffic, or streets filled up with parked cars.”

On a massive boulevard in Buenos Aires that used to have 20 lanes of traffic, the center of the road is now dedicated to buses. When the city made the change a few years ago, commuting times shrank dramatically. Buses also no longer needed to use crowded side streets, which freed up around 100 blocks to become fully pedestrianized, or pedestrian-priority zones where cars are restricted and limited to six miles per hour. Since then, the city has continued to add new pedestrian zones in other areas, and is trying to keep people safe on all its streets. At busy intersections, paint and planters help reshape the street to make it safer for pedestrians, using the same kind of tactical urbanism that has also been used in cities like Boston to quickly test new changes. “It’s pretty inexpensive and it can be deployed quickly, so the public can judge if it actually improves the streets,” says Luc Nadal, technical director for urban development at the Institute for Transportation & Development Policy, which worked with the city as it made its initial changes. “Usually, people adopt it fully. Local businesses find that foot traffic increases and that their business improves, and eventually permanent facilities can be implemented.”

As London grows over the next couple of decades, an extra 100,000-plus people will need to commute to the “Square Mile” in the heart of the city, and the area will also add an extra 3,000 residents. If all of those people drove, traffic wouldn’t move. To deal with the growth–and the air pollution problem it already has–the city is proposing a new plan that would eventually make half of the streets either completely car-free or “pedestrian priority,” meaning that cars (and bikes) would have to yield to people on foot. The city also wants to build protected bike lanes on most major streets. Where cars are allowed, the plan proposes a 15-mile-per-hour speed limit. It’s the latest in a long series of steps to reduce traffic. In 2003, the city pioneered a congestion charge, a fee that drivers pay if they enter central London during peak driving hours. In 2010, the city started opening its first “cycle superhighways” on busy routes. Since 1999, the volume of cars has dropped by about a quarter. The city will finalize its new transport strategy this spring.

In the first year after the city of Seoul finished converting a highway overpass into a High Line-like pedestrian pathway in 2017, 10 million people used the path and business improved in the area, with sales increasing 42%. Now, the city plans to add new pedestrian zones. Some traffic lanes on major streets will be converted to bike lanes and dedicated bus lanes. The city is also starting to roll out new electric buses, and plans to have 3,000 by 2025, while it also improves bus routes to encourage more people to choose the bus over a car. A rating system for cars is designed to keep the most polluting vehicles out of the city center, and by 2020, only electric cars will be allowed.

Unless you happen to live in central Madrid, there’s a good chance you can’t drive there anymore. In November 2018, the city started rolling out sweeping restrictions across the city center to try to address its air pollution and traffic problems. Older, polluting vehicles are banned, but electric cars can still use the streets. There are exceptions: Residents of the neighborhood and disabled people can still drive more polluting cars, and emergency vehicles can still access the area. Taxis that run on gas or diesel can still drive in the area if they’re relatively new. But when the laws started taking effect, traffic quickly dropped 32%. The low-emissions zone is designed to be “a lung for the city in the heart of Madrid,” the city explains on its website. Inspired by the success, in late 2018 the Spanish government proposed banning any cars that aren’t zero-emissions vehicles from large city centers throughout the entire country.

To fight traffic congestion and cut pollution, Beijing has closed 23 major streets to non-resident cars, says Nelson Peng, an associate and director of the China practice at the urban planning firm Calthorpe Associates. Where drivers are allowed, they’re restricted based on license plates: If their license plate ends in a particular number, they won’t be allowed to drive on a particular day each week. The city also offers small financial incentives for people who choose not to drive an additional day. And because there is a lottery to get license plates in the first place,  most people who want cars can’t get them. Other Chinese cities also have restrictions on when and where people can drive. In a new district in Xiong’An, planners have considered banning private cars and only using self-driving cars that run on clean energy. Visitors to the area’s civic center currently leave their cars in a parking lot and take a bus to the center, where companies are testing new autonomous cars. “If China can successfully switch the [auto] industry to autonomous, clean vehicles, I can imagine permanent restrictions of old-style cars in large areas in the near future,” Peng says.

In 2017, a busy highway next to the Seine River became a car-free pedestrian pathway and park. It’s one piece of the city’s ongoing work to cut pollution by reducing traffic. The city also restricts older, more polluting cars from entering the city on weekdays. By 2024, no diesel cars will be allowed, and by 2030, gas cars will be forbidden. Intersections are being redesigned to give people priority over cars, and bike lanes and public transit options are growing. “I was just there a few weeks ago, and it’s pretty impressive what they’re doing,” says Timothy Papandreou, founder of Emerging Transport Advisors, a consulting firm that works with cities. “You look at the hordes of people that are walking or riding a bicycle or taking a scooter down these riverbanks, and you quickly count the number of people–there’s no way you could move this number of people if they were all in their individual cars.”

Until recently, shopping on busy Thyagaraya Road in Chennai, India, meant navigating through throngs of cars and auto rickshaws. But the street is now transforming to a pedestrian plaza, which will be completed in the next few months. Before building the new plaza, the city ran two trials to block off traffic and give people the experience of a car-free pedestrian mall–something that is common in other parts of the world, but a new idea in Chennai. Nearby, the city also recently launched a new bike-sharing system. Chennai, like other cities in India, struggles with air pollution, in part from transportation. In 2017, the Indian government said that it wanted all new cars to be electric by 2030. Though it later scaled back that goal, it recently committed $1.4 billion in new incentives to help kick-start sales of electric and hybrid cars. 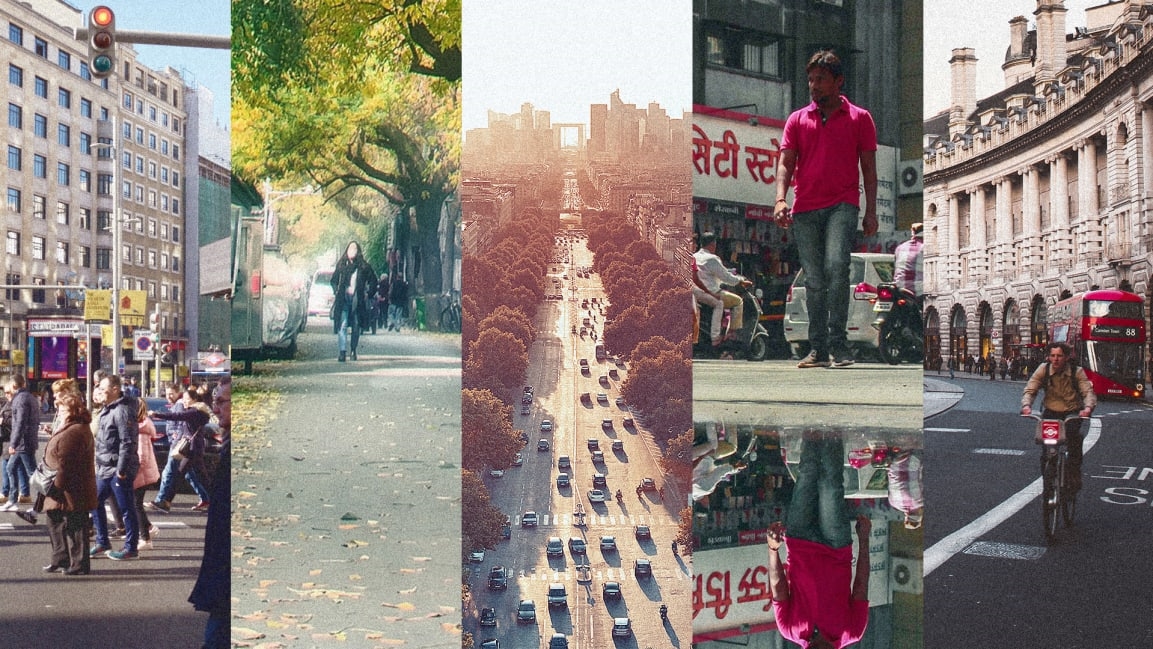