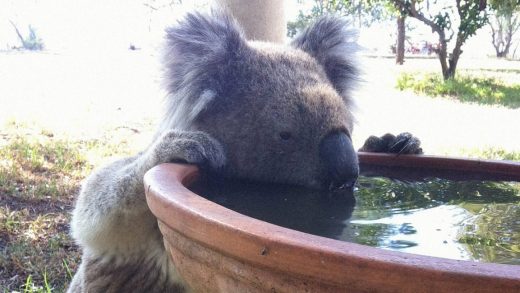 In a remote, rural part of Australia, six hours by car from Sydney, summer temperatures are reaching 113 degrees as climate change makes heat waves more common. To help the local koala population survive both blistering temperatures and prolonged drought, researchers have been testing water fountains designed to sit in trees to make it easy for the creatures to reach.

Koalas usually get most of their water from eating leaves, not drinking water. But another effect of climate change is that the leaves they eat no longer contain enough water. The leaves–often eucalyptus–also can’t be eaten in huge quantities to try to access more moisture, because toxins inside them can make koalas sick. But if the animals become too dehydrated, they can’t survive.

“There were reports in the media where people had given koalas water from bottles,” says Valentina Mella, a postdoctoral research associate in life and environmental sciences at the University of Sydney who is the lead author of a new study about the water stations. “That’s really an extreme example of how desperate these animals get, because it’s obviously not normal that a wild animal comes up to a human and drinks out of a bottle. That told us that they were seeking water. So we thought, well, why don’t we just give them water where they like it best, which is near trees?”

The researchers tested some early prototypes, including a complicated platform in a tree. The koalas ignored it. But the animals did drink from a simple bowl. The researchers rigged up a gravity-fed system that automatically refills the bowl from a larger tank. Over the first 12 months of the study, koalas drank from the water stations on 400 visits–often ravenously. “I have footage of animals drinking for seven, 10 minutes straight,” she says. “That’s impressive for any animal, let alone one that is not supposed to drink much. So it’s really telling us that something is happening and it’s time to do something about it.”

Other arboreal animals, such as sugar gliders, also use the water stations, along with migrating birds. The researchers placed the stations in trees both because ground animals like kangaroos can find other sources of water and because it helps protect koalas from predators, like dogs.

Campbelltown, a small town in another part of the country, has started testing some water stations of its own based on the research. The tool could be useful throughout Australia, says Mella. “The problem is a general trend: The weather is getting hotter and drier.” She thinks that water stations could work best on private property. “If you’re a farmer, and you know you have koalas on your property and you’re working on the farm every day of your life, why not have a few drinking stations so that these animals can get a bit of water? Or if you’re in an urban area and you know that you live with koalas nearby, why not have a station in your backyard?” In a backyard, a water station might be as simple as a bowl in a tree. The researchers have published tips for those who want to build stations of their own.

Without adequate water, the species is at risk. The researchers have already seen the consequences without the stations. “If there is no water available anywhere else in the environment, what happens is that they become really, really dehydrated,” Mella says. “Then we just find them at the base of trees. Very often, they are so dehydrated that even if we intervene, and we try to give them some fluids it’s too late. Their kidneys have shut down and then they die. Unfortunately, the predictions with climate change in Australia are that it’s just going to get hotter and drier. So it doesn’t really look good for koalas if there’s no water to top them up.” 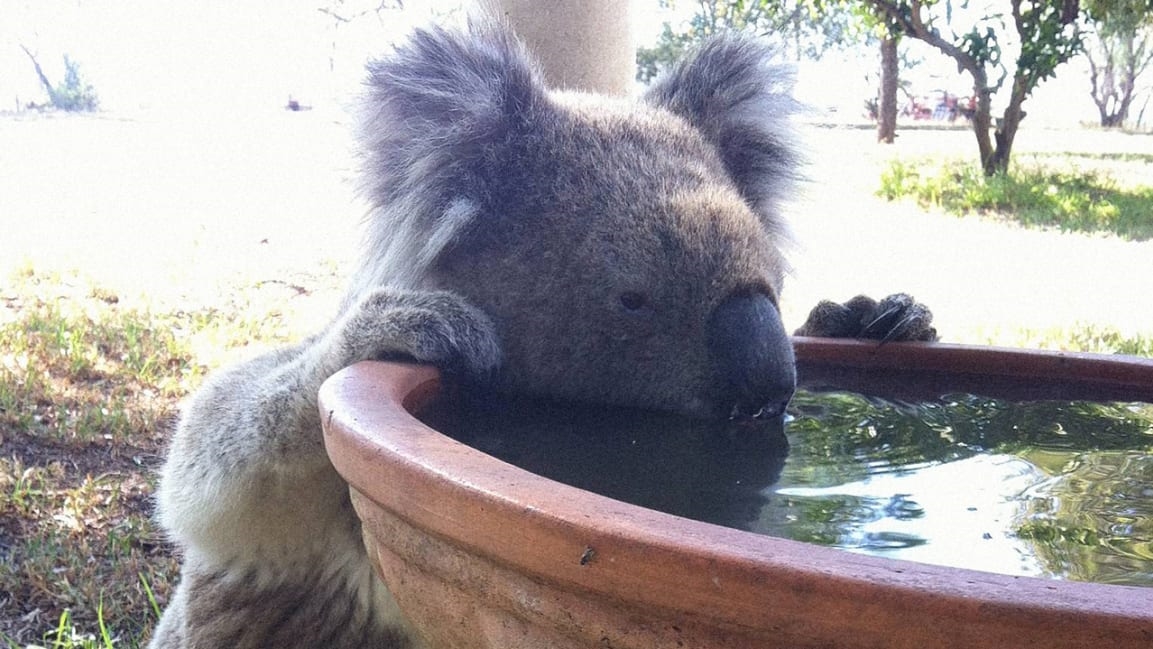