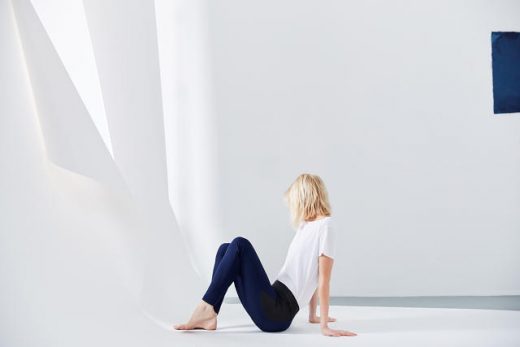 These Workout-To-Boardroom Leggings Have A 2,000-Person Waitlist

Unfortunately, the word “athleisure” looks like it’s here to stay. Although it is awkward, the term captures a truth about modern life—we don’t want to distinguish between the clothes we wear for our athletic pursuits and casual leisure activities. The original athleisure garments were meant to get people from yoga class to brunch without requiring a major costume change.

Over the last few years, however, Americans have started to demand even more from our clothing. We’re increasingly expecting to wear an outfit directly from the gym to a client meeting. (Our Carey Dunne wore yoga pants to the Fast Company offices for a week and reported the outcome over at FastCo Design.) But while leggings work fine in a casual corporate environment, there are few brands out there that have designed trousers that work in both the fitness studio and the boardroom.

ADAY has worked hard to design a garment that truly bridges this divide. Their Throw and Roll leggings, for instance, are made of a lightweight, shiny material that can be dressed up to look like workwear, but also do well for sport, since they’re moisture wicking, stretchy, and have UV protection for good measure. In places where the wearer is most likely to sweat, such as the thigh area, there is a strip of airy, breathable fabric. It also comes with a designated smartphone pocket.

“We were really trying to create garments that will literally work in any context,” says ADAY cofounder Meg He. “It’s not limited to going from the gym to the office; we want women to be able to put them on in the morning and do anything throughout the day.”

She says that customers have worn the Throw and Roll leggings in a wide range of activities. One woman wore them to run the New York Marathon, while another wore the very same leggings to a meeting with David Cameron while he was still the U.K. prime minister.

Their versatility have made them very popular. These particular leggings have sold out four times, often within 24 hours. The pants currently have a 2,000-person waitlist, and ADAY says it will have new stock available in September. And today, they’re launching a high-waisted version of the trousers that they designed based on customer feedback. “Women wanted to be able to style them in different ways, the way they might have low-rise and high-waisted jeans,” says He.

One woman wore them to run the New York Marathon, while another wore the very same leggings to a meeting with David Cameron.

American women, in particular, seem to be intrigued by the possibility of wearing clothes directly from a sweaty pursuit to an occasion that requires a bit more formality. The company, which launched in London in 2015, recently moved its headquarters to New York to be closer to its largest base of customers. “So many more orders were coming in dollars rather than pounds,” she says. “We really wanted to double down on the American market.”

While the Throw and Roll leggings have proven to be a hit, there are several other items in ADAY’s 17-piece collection that have been easily adaptable from athletic activities to the office. The Late or Never Jumpsuit fits into the current summer trend of wearing one-piece outfits. It is made of a slimming black performance fabric, but thanks to its minimalistic silhouette and a rose-gold zipper at the back, it can be easily worn to work. (This item has also repeatedly sold out.) The Up in the Air Jacket has an asymmetrical zip that drapes nicely, so it looks like it could be a work blazer, but it is also made of materials that help manage moisture and temperature. As its name suggests, it was specifically designed for wearing from the plane to the office, since it is comfortable and stretchy, but does not look like the slouchy hoodie you might otherwise wear.

“Our use cases for these items were our lives: traveling, going to the office, doing things in the evening,” says ADAY’s other cofounder, Nina Faulhaber. “We wanted to design staple pieces that could work anywhere, so you didn’t need to have so many items in your closet.”

Click through to see pictures of ADAY’s Throw and Roll pants. 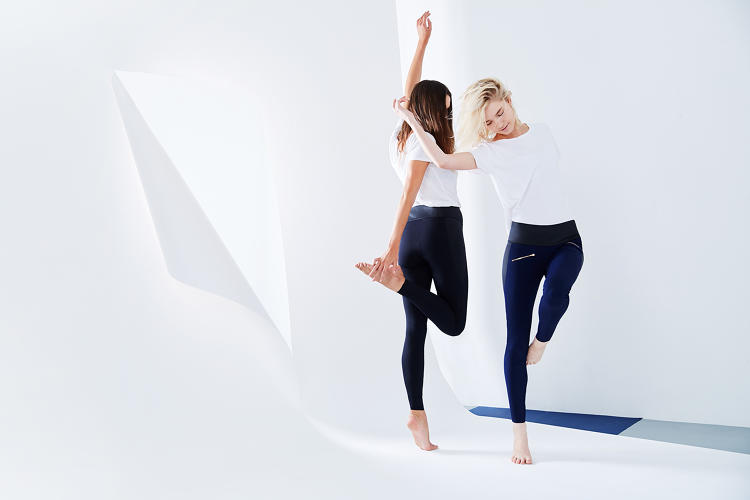 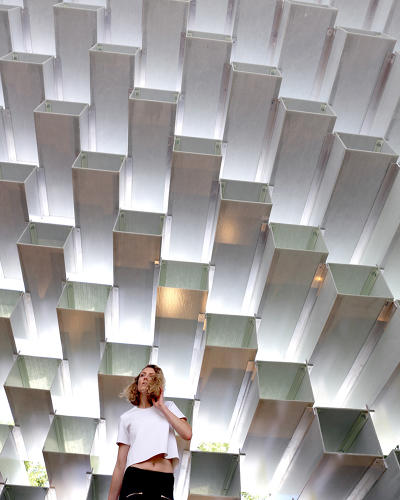 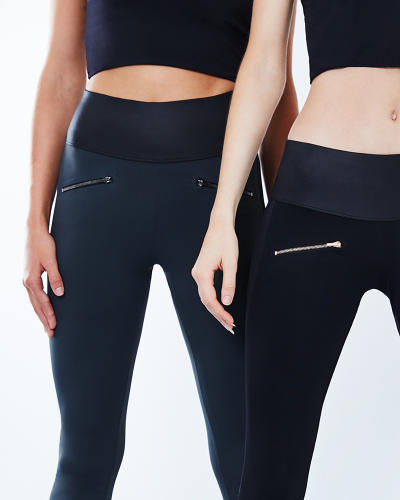 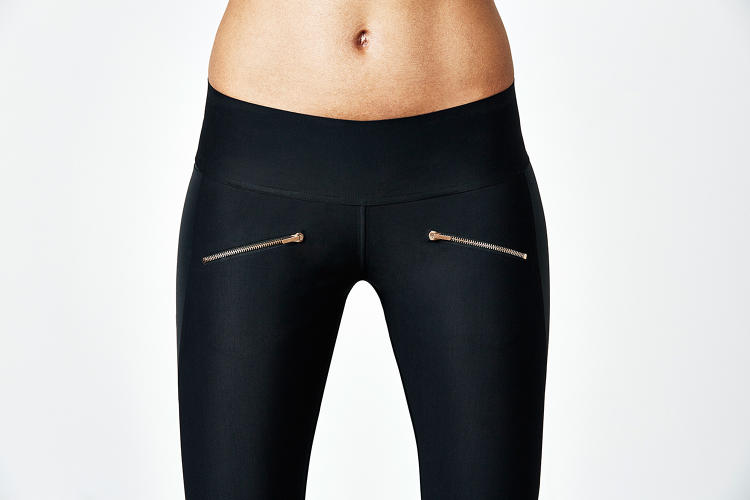 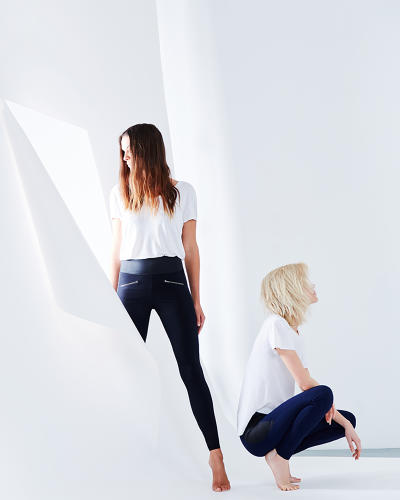 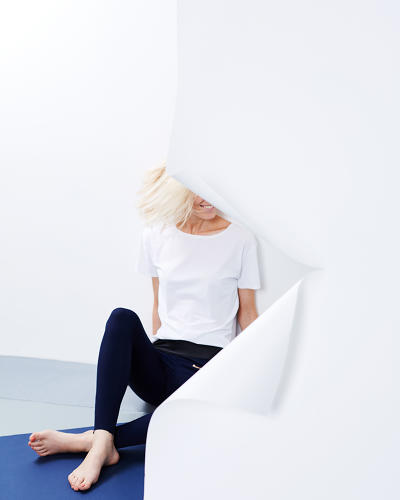 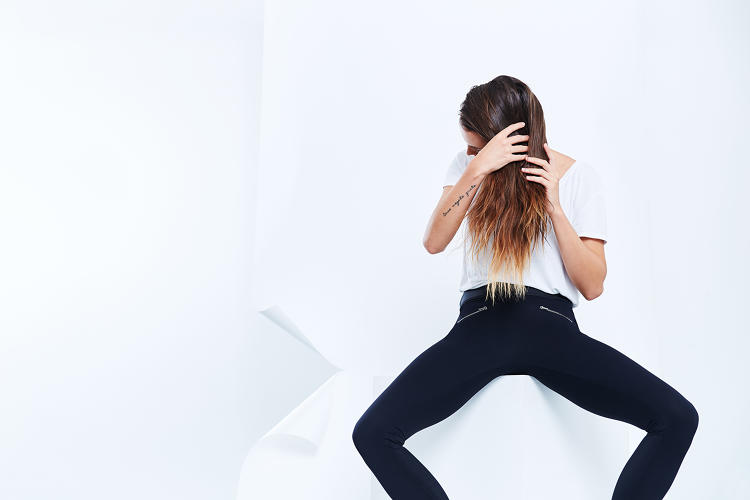 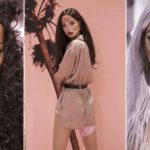 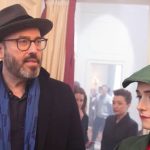 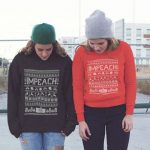 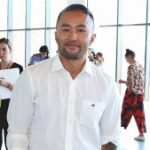 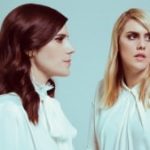 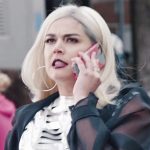 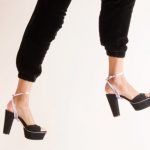 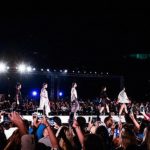 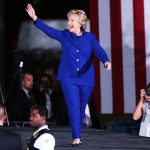 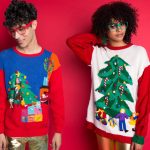 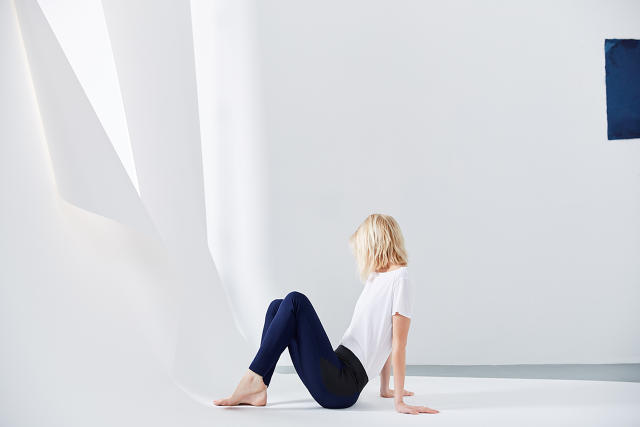