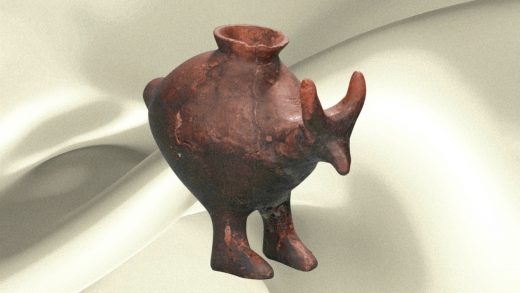 This ancient baby bottle is a 3,000 year-old lesson for today’s designers

In the Bronze and Iron Age, the world was a different place. Humans had only just invented flint tools, which allowed them to build homes, weave cloth, and plant crops. And yet, some things in life haven’t changed. Babies have always needed to be weaned off breastmilk and onto cow’s or goat’s milk at some point during childhood, and this required an important vessel, even back then: the milk bottle.

Archeologists in Central Europe have dug up what appear to be the earliest known baby bottles made from pottery. In images, they look more like little sippy cups with a little hole on top to pour in liquids and a spout to drink from. Some of these bottles appear to take the shape of animals, presumably to make them more fun and engaging for children. The vessels date to the late Bronze Age—approximately two and a half to three millennia ago—and are located in a site in the German state of Bavaria. The researchers, who published their work in the journal Nature this week, studied the interiors of the pots and found that they contained milk residue. While it’s possible these vessels were used to nurse the sick, they believe it is more likely that they were used to feed babies, since they were found in children’s graves.

It’s fascinating to compare these ancient vessels to the bottles and sippy cups we use today. In our time, most baby feeding products are designed using heat-resistant plastic with teats that can be made to resemble nipples. These are relatively recent inventions: Pyrex invented heat-resistant milk bottles with plastic teats in 1924, and it wasn’t until the 1980s that the plastic sippy cup was invented.

The choice of material makes some sense. Plastic is cheap, easily malleable into different shapes, and virtually unbreakable, which makes it perfect for infants and toddlers with shaky motor skills. But it also comes with a host of problems. Perhaps most alarmingly, scientists have found that three-quarters of plastic contain toxins, as I recently reported, and these chemicals are particularly harmful to children who are still developing. Back in 2012, the Food and Drug Administration banned BPA—a chemical often found in plastic—in kids’ products because it was known to have a negative effect on the brain and behavior of infants and children. But scientists say there are many other chemicals in plastic that have not been banned, but are equally problematic.

What’s more, plastic can only be recycled so many times before it degrades. It can end up in a landfill or the oceans, where it sill sit for hundreds of years. It may break into tiny pieces, called microplastics, and end up in our water and food. And yet, plastic products have become so ubiquitous that it’s hard to imagine life without them.

These prehistoric sippy cups remind us that people were extremely creative with reusable materials millennia before plastic was invented. Just like our baby bottles, these ancient vessels were functional and perfectly sized for pouring milk into a child’s small mouth. But they were also fun, shaped like tiny cows and goats. And unlike our plastic bottles, which are designed to be thrown out after a few years, it took time and effort to create these ancient vessels—it is likely they would have been designed to last, perhaps even passed down from one child to another. They were such valuable items, full of such sentimental value, that they were buried with children who died too soon.

As we design products for a post-plastic world, it might be worth looking back at how our ancestors crafted beautiful, useful products out of natural materials. 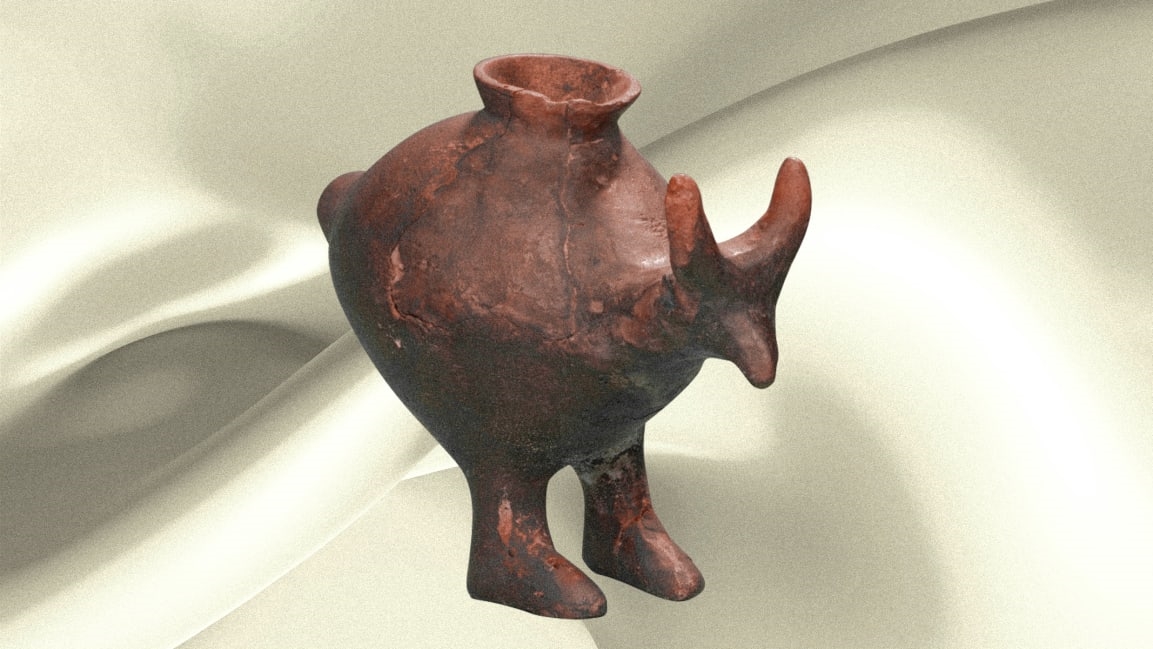