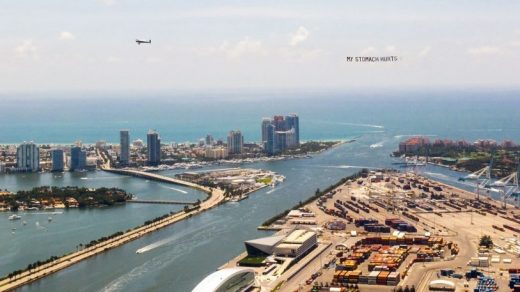 On Saturday morning, a small plane flew over Detroit pulling a banner with some of George Floyd’s last words: “Please, I can’t breathe.” Later in the day, planes followed in Miami, Dallas, Los Angeles, and New York City with other banners.

My stomach hurts. My neck hurts. Everything hurts. They’re going to kill me.

Jammie Holmes, the artist behind the project, turned to a form of skywriting—a medium more often used for extravagant marriage proposals or corporate ads—to break through the digital noise as protesters went out on the streets to demonstrate against Floyd’s killing on May 25 at the hands of police in Minneapolis.

Skywriting “is rarely used for political or social purposes—to exercise free speech—because it is an outlet unavailable to the poor and the marginalized,” Holmes writes on his website. “I hope that people will be reminded of the power we can have to be heard and that coming together behind a unified message is key for real change.”

Floyd’s words, hanging in the sky without context, tell the story powerfully. As two police officers held him down, and officer Derek Chauvin knelt on his neck, Floyd repeatedly said that he couldn’t breathe, cried out in pain, and said, “Don’t kill me.” Even after Floyd became unresponsive, Chauvin kept his knee on Floyd’s neck for another two minutes and 53 seconds. Floyd became one of more than 1,000 Americans to be killed by the police over the last year, most in shootings, a disproportionate number of them black.

“I think that Floyd’s final words should be on everyone’s minds at this time, and we can’t help but have them on our minds in the black community,” Holmes said over email. “There is a reason why they have been shared so widely. They are human, and they are terrifying for black people. Those words are everything right now. I wanted them to exist where they were physical and material and not just on screens. Anyone that saw the banners that day would have had them enter their lives in a way they would not have expected, and there is power in that. I couldn’t imagine using any other message.”

The art project, like the mass protests occurring nationwide, calls attention to the desperate need for change. On his website, Holmes links to petitions for Floyd, Breonna Taylor, a 26-year-old black ER tech who was shot by police in March after they forced their way into her apartment, and Ahmaud Arbery, a 25-year-old black man who was chased, shot, and killed by white men in February while he was jogging near Brunswick, Georgia. Holmes also links to multiple groups in need of donations: Minnesota Freedom Fund, Official George Floyd Memorial Fund, I Run with Maud, Justice for Breonna Taylor, Campaign Zero, and Reclaim the Block.

“Like countless silenced and fearful young black men, I have been the victim of police misconduct on a number of occasions in my life,” Holmes writes. “At some point, they will realize they can’t kill us all.” 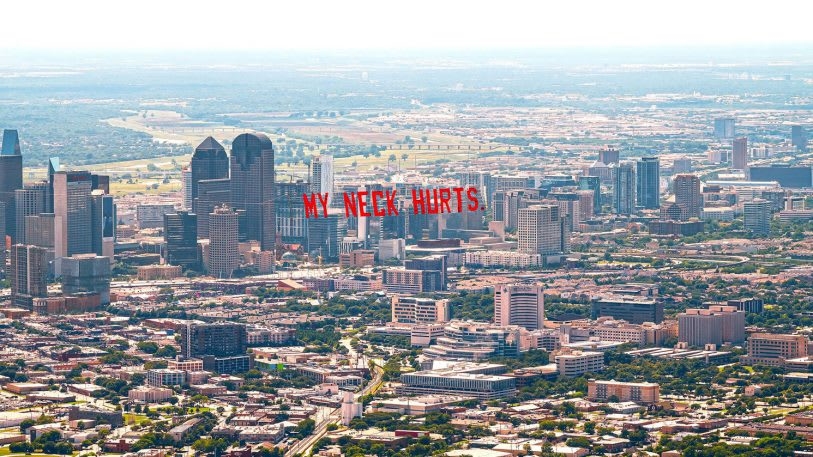 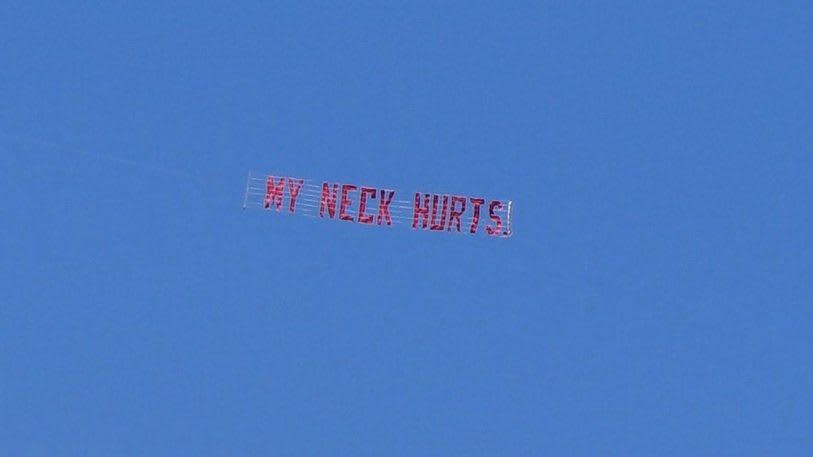 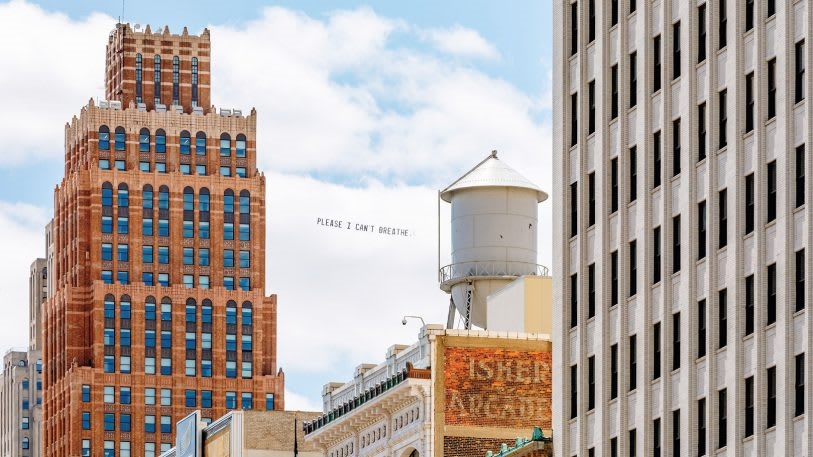 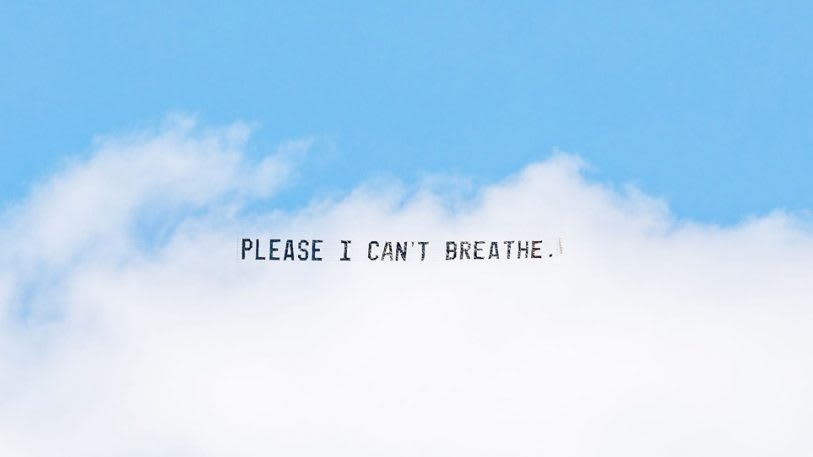 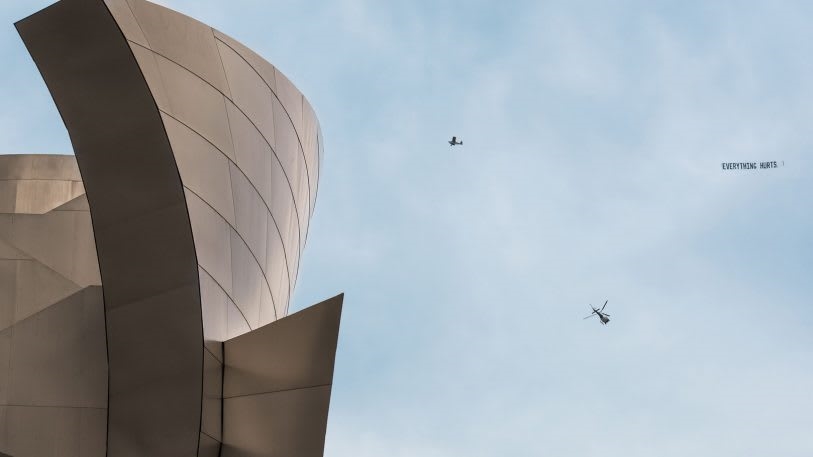 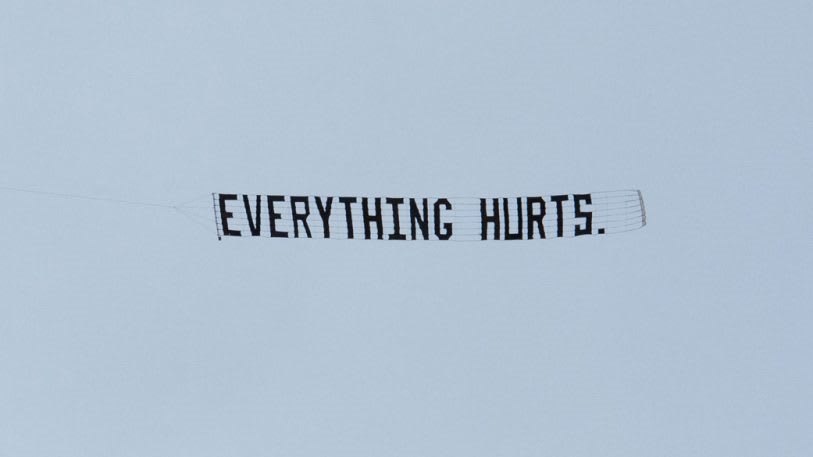 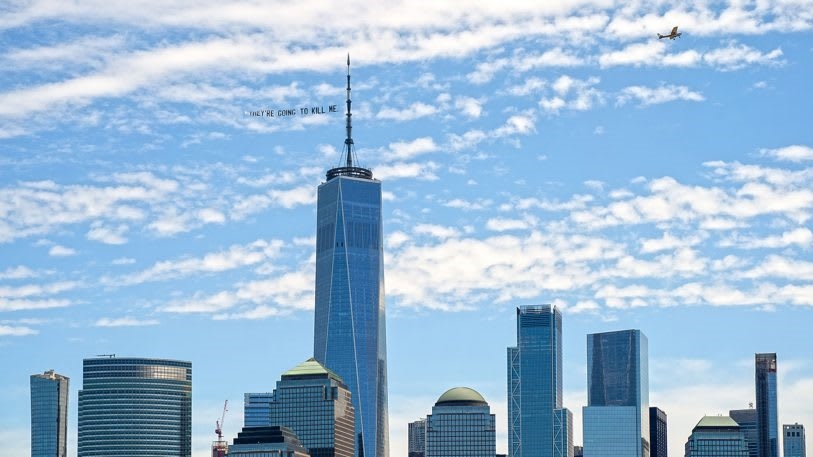 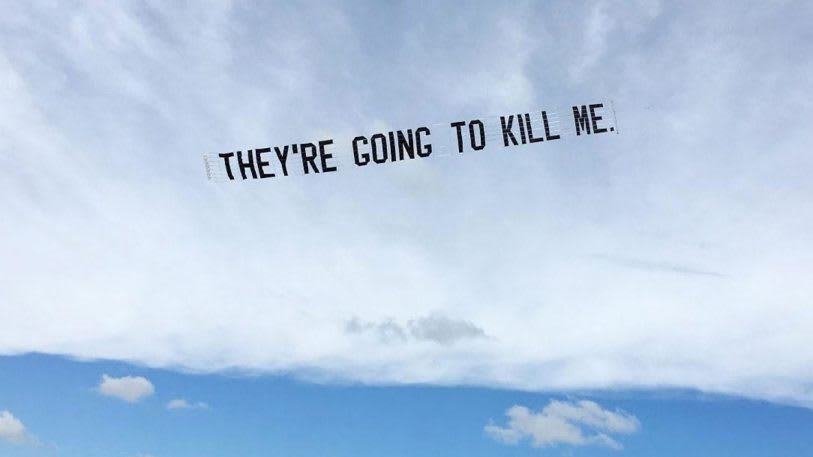 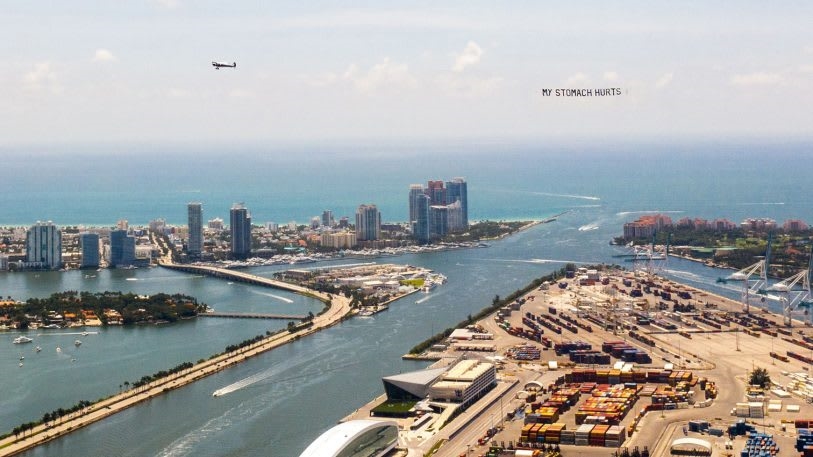 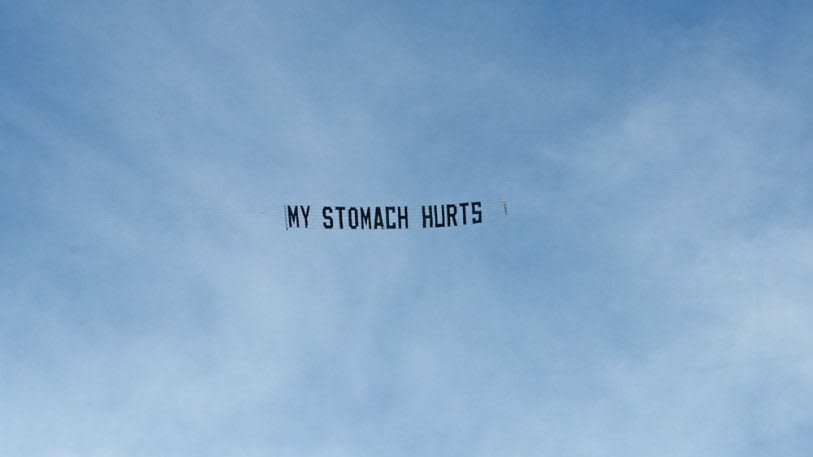