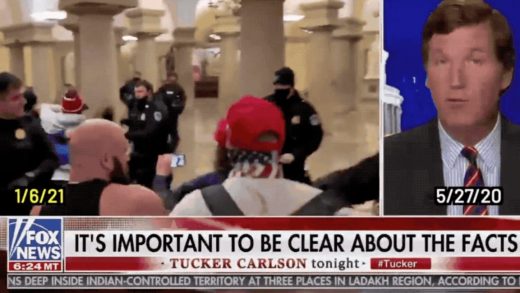 January 08, 2021
What: A little artistic license applied to some Tucker Carlson rants about the George Floyd protesters last summer.

Like many Americans who have inextricably linked themselves with Donald Trump over the last four years, Tucker Carlson woke up the day after Wednesday’s coup attempt and realized maybe that wasn’t such a great idea.

On Thursday night’s show, under a chyron that asked, “Is any single president worth this much attention?” the Fox News opinion-haver concluded that the outgoing president only thinks about himself and has reached his expiration date. Before anyone unfurls those “Welcome to the Resistance, Tucker Carlson” banners, however, the host also said some other stuff the previous night.

Like many others in conservative media, Carlson expressed on the previous night’s show that it’s important to understand where the thugs who stormed Capitol Hill are coming from, emotionally speaking.

“If people begin to believe that their democracy is fraudulent, if they conclude that voting is a charade, that the system is rigged and it’s run in secret by a small group of powerful, dishonest people who are acting in their own interests, then God knows what could happen,” the host said, attempting to contextualize the prevalence of disinformation without acknowledging his part in spreading it.

He went on to defend those who literally smeared s*** on the walls of the People’s House and, uh, reportedly beat a police officer to death with a fire extinguisher, as “solid Americans” who are “deeply frustrated.” He also added that this group is “not racist,” despite the fact that many were carrying Confederate flags and all manner of Nazi iconography.

Sharp-eared viewers may recognize that this characterization counts as something of a new tone for Carlson on the topic of rioters.

Last summer, when the protests fueled by anger over a Minneapolis police officer killing George Floyd on camera boiled over into riots, Carlson had a more difficult time finding empathy. Instead, Carlson declared that those riots were not about George Floyd or racial justice, but rather about Trump and seizing power. He also repeatedly conflated the rioting that occurred with the overwhelming number of peaceful protests, and did not show the myriad video clips circulating at the time of police officers escalating protests into riots.

Now, Kerr has edited together a new video of the same milieu, splicing in footage from Wednesday’s coup attempt with Carlson ranting last summer about his disgust over rioters.

Have a look below at the kind of double-standard one might expect from a Fox News host who had to jettison his head writer last summer for getting caught being too publicly racist. 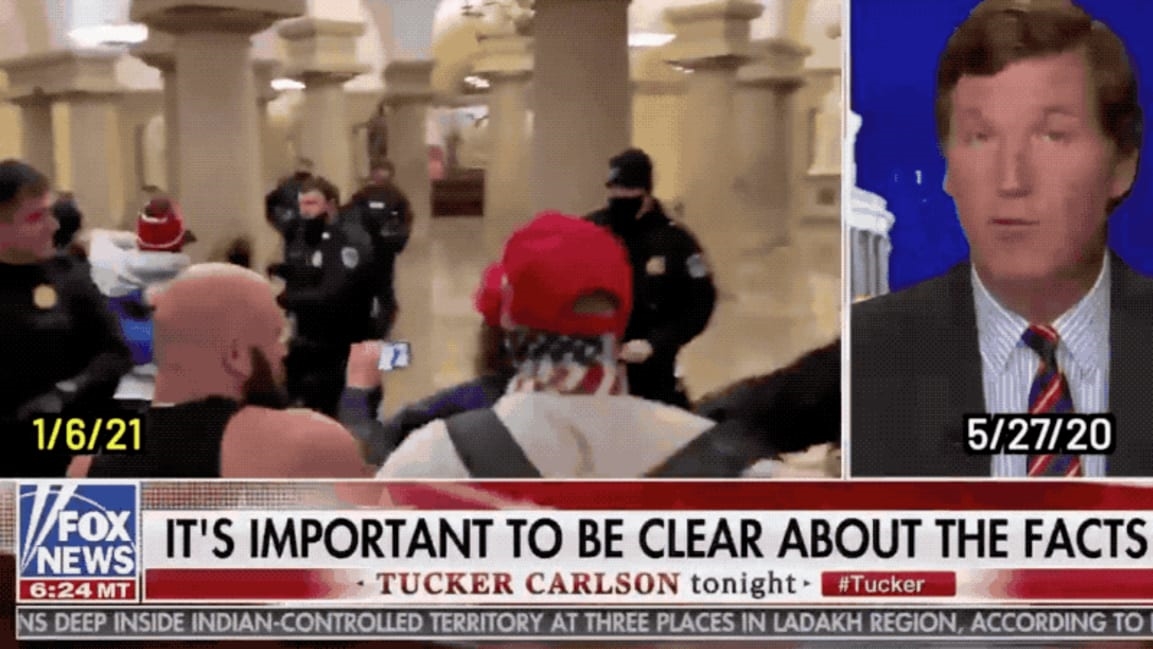