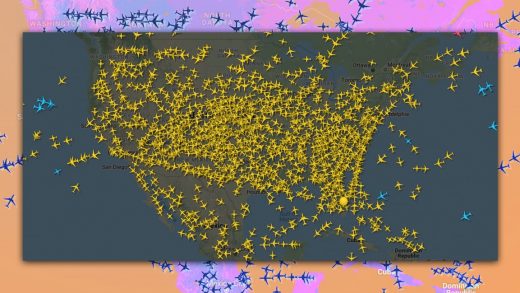 This flight map shows a shocking amount of Thanksgiving travel, despite CDC advice

If the number of flights over the U.S. two days before Thanksgiving are any indication, people aren’t taking the warnings against traveling during a dangerous period of the pandemic very seriously.

The skies above North America at Noon ET on the Tuesday before Thanksgiving.

Many of these flights likely have fewer people on board, and some carriers still require that seats between passengers remain empty for social distancing.

Even so, the sheer number of flights is alarming, especially when combined with recent stats from the Transportation Security Administration. TSA said this week that about 1 million people went through security checkpoints at airports on Friday, with about 1 million more each day on Saturday and Sunday. While the numbers represent far fewer travelers than last year, they indicate that planes could be more crowded now than they have been since the beginning of the pandemic, according to NPR.

On CBS News’s Face the Nation, the nation’s top infectious disease expert, Anthony Fauci, said ignoring public health guidelines and traveling over the holiday “is going to get us into even more trouble than we’re in right now.”

The air traffic suggests that a horrifying number of people have disregarded that advice.

We reached out to United Airlines for actual passenger numbers relative to prior years but didn’t immediately hear back. We’ll update this story as we receive information. 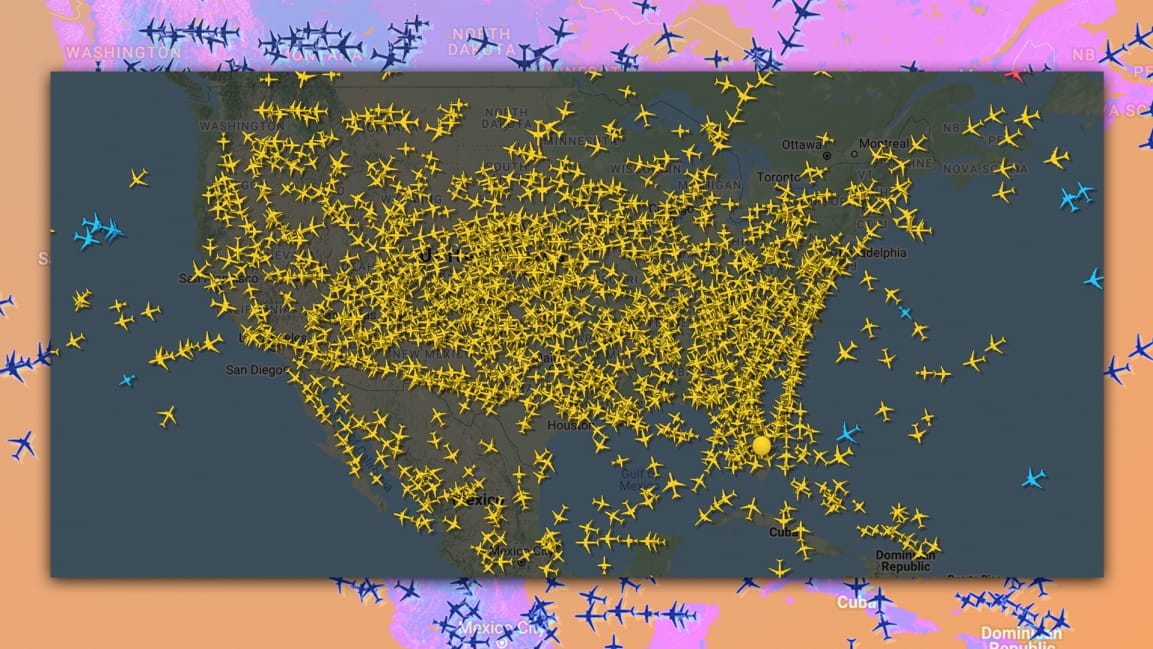