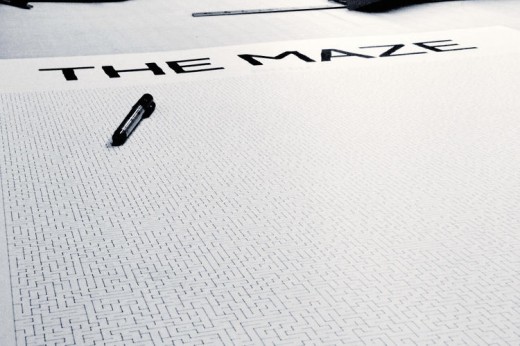 This Giant Maze Is A Self-Portrait For Your Patience

How will you solve it? And what does that say about you?

The Labyrinth is an otherwise unassuming 30″x22″ piece of paper that houses the freakishly long maze that’s been drawn by pen. It hides 375 feet of playable area within its ink walls. Successfully reaching the end will require you to draw half a football field in ink. And it will probably take you the length of a movie to escape.

Created by graphic designer David Shaw, he actually used free software to generate the maze, before adding a diabolical amount of dead ends of his own in Adobe Illustrator. Each Labyrinth ($25) is hand-drawn by a robot, a CNC that’s been fitted with a pen to sketch the line, like a human with perfect hand. We imagine that, in person, this juxtaposition of perfect lines with an imperfect drawing tool means the Labyrinth looks uncanny. But we were attracted to the Labyrinth for its impact as a finished, hung work. Because inside those 375 feet of playable space, there’s only one, relatively thin solution hiding. Every other (wrong) attempt you make is permanent. And as a result, your battle against the maze becomes a sort of self-portrait, a very literal visualization of how you tackle a problem. Put your Labyrinth beside anyone else’s Labyrinth, and chances are, you’ll see two very different pictures. The Labyrinth can be ordered now for a promised Christmas delivery.

[All photos: via David Shaw] 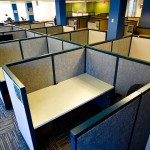 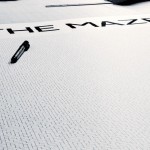 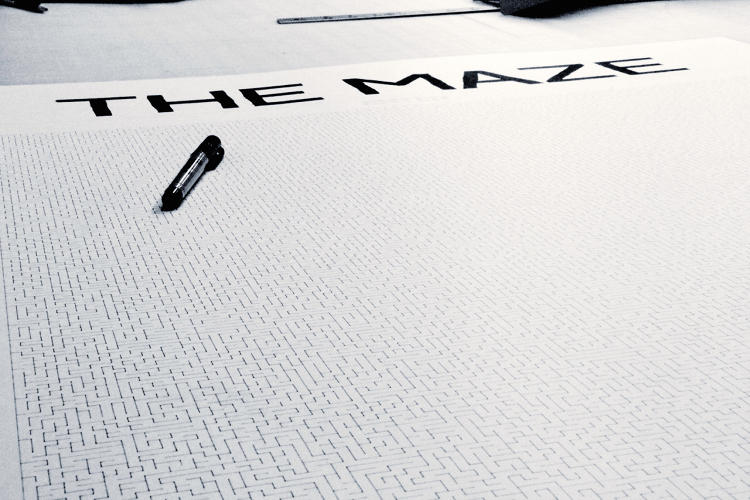