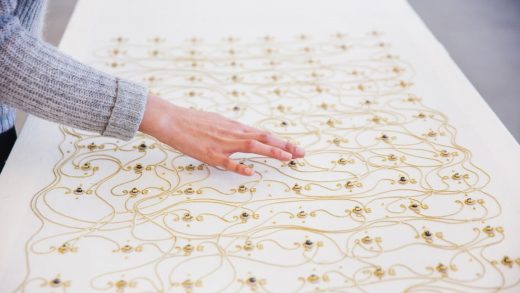 This gorgeous golden tapestry is actually a functional computer

The computer you’re reading this on is made of glass and hard metals–but what if computers could be made using soft components, sewn together?

That’s the idea behind The Embroidered Computer, an artwork that looks like an embroidered tapestry but is actually an electromechanical computer that is similar in power to the eight-bit computers of the 1950s. Those mainframe computers filled entire rooms with their wiring, but this computer was made with handmade copper coils, a magnetic bead, and gold and silver conductive thread.

Using traditional embroidery methods, the Vienna-based designers Ebru Kurbak and artist Irene Posch hand-stitched electromechanical switches out of these conductive materials. As with any computer, when an electrical current passes through the copper coil, it creates a magnetic field that causes the magnetic bead to flip to an “on” or an “off” position based on the direction of the current. The entire art piece has a total of 369 switches, which makes up an eight-bit computer that can perform simple calculations.

By creating a computer through embroidery, Kurbak hopes to force people to rethink their biases around technology.

“The medium of textiles was deliberately chosen because of the extremely provocative medium it provides in challenging our assumptions, expectations, and desires about what constitutes technology,” Kurbak writes in the book she published about the project, which she led while working at the University of Applied Arts in Vienna. “Textile crafts, which are often associated with the non-political context of the home, are not only perceived as feminine but also as non-ideological, non-intellectual, and therefore trivial.”

The Embroidered Computer is part of a bigger project called Stitching Worlds, where Kurbak, Posch, and a group of other artists created surprising relationships between textiles, sewing, and technology. One project, called The Yarn Recorder, resembles an old-fashioned gramophone, but instead of carving sounds into a record, the device can record and play sounds made out of steel fibers. A third project, similar to The Embroidered Computer, uses crocheting to create electromechanical switches. All of Stitching Worlds was on display at the Istanbul Design Biennial in late 2018. 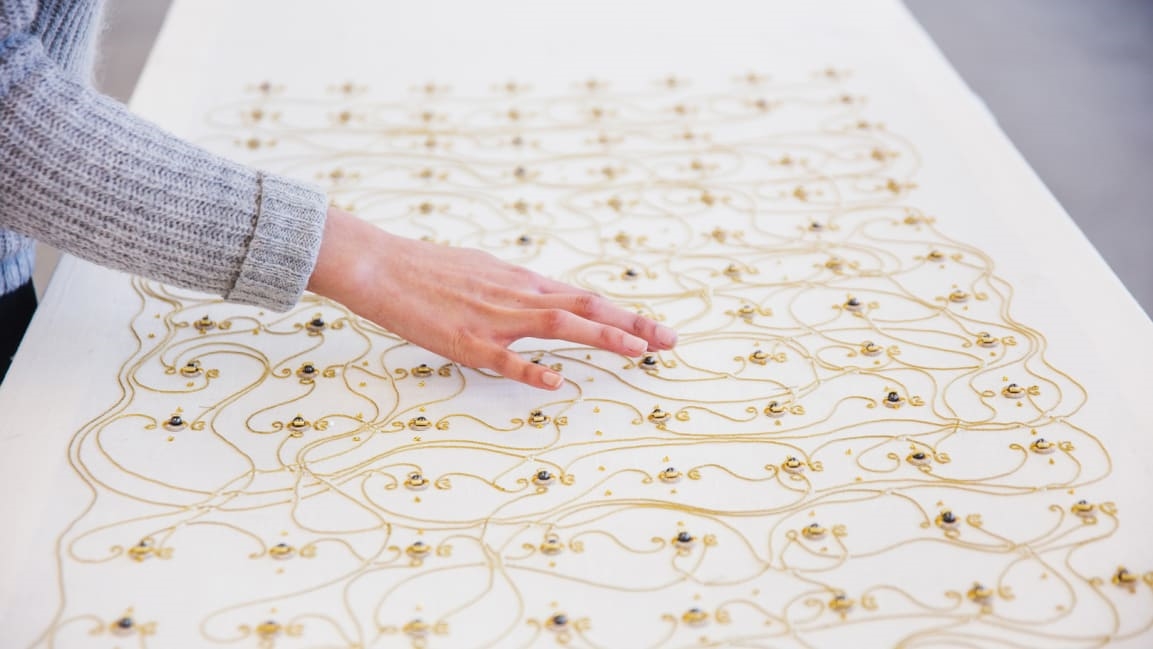