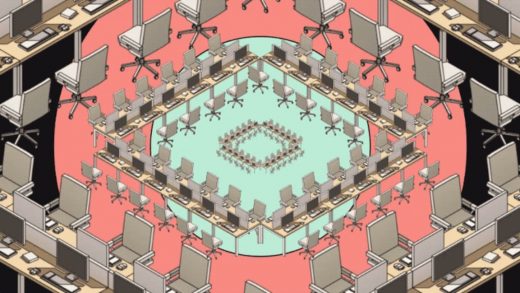 This is the architecture trend that needs to die in 2019

Corporations think that open offices are an architectural gift to their bottom line. In some ways, they’re correct: Open-plan offices save the biggest companies in the United States millions of dollars by reducing the square footage each employee requires them to lease, according to one analysis. An open-plan office also has the added benefit of  making a company look innovative, even if the organization is anything but.

So it’s no wonder this paradigm has reigned for decades: These offices don’t just save money, they make companies look good, too. Yet this year, something changed. The conversation around how these office designs affect the people inside them got louder. Meanwhile, a slew of new research suggested open-plan spaces are actually remarkably bad for workers.

This is the architecture trend that needs to die in 2019. Here’s why it’s so detrimental–and how companies can take action.

Open offices promised more collaboration–and thus more productivity–between workers. But a 2018 study out of Harvard Business School found that moving to open offices leads to a decrease in face-to-face interactions between employees, with the number of emails and messages shooting up. The study shatters the myth that the open office truly makes workers more collaborative.

Open offices can also make employees less productive, especially people who need to focus on execution-based tasks. These offices are so distracting, in part, because they lack acoustic privacy. That means that you can overhear every one of your neighbor’s phone calls and conversations. It’s a problem for creative people in particular, as a 2018 survey of creatives showed: 65% of creative people need quiet or absolute silence to do their best work. Open offices can’t deliver on that desire.

Open offices also tend to lack any kind of personal privacy–and that has an outsized affect on women. A remarkable study from 2018 reported what happened when two local government agencies in the U.K. moved from a traditional office to an open plan. They were surprised to find that many of the women suffered from feeling like they were on display all the time, which led to some women feeling like they needed to dress up more. Others noticed their male colleagues ranking female job candidates on their attractiveness, which was easy because there was so much glass in the office. “Visibility enabled these men to judge and rank women according to their sexual attractiveness, just like men on the nudist beaches,” the researchers wrote.

This subtle sexism the study described elicited a strong response in Fast Company readers, who wrote in with their own stories.

One woman, who asked to remain anonymous, said that the open plan in her workplace further enabled sexual harassment. Another called the impact of being visible all the time and the implicit judgment of being on display at all times “ambient sexism.” Others found their offices made it harder to manage their anxiety; one woman who would go to a nearby hotel when she needed privacy learned that many of her other female coworkers had similar “hiding spots.”

Unfortunately, these offices are only becoming more prevalent–mostly because of their low cost. WeWork, which is now building out corporate offices, recently acquired a software company that focuses on optimizing office design. With a better understanding of how people use space, the idea goes, the better it can be designed to suit their needs. But it could also lead to less private space, already rare or at a premium in open offices.

The furniture market is already responding

For better or worse, the problems of open offices have created a novel new category of office furniture.

Furniture companies are racing to respond to people’s need for privacy in these offices by creating pieces that function as little oases for employees. Many of these “fixes” debuted on the market for the first time within the last few months. For instance, Designer Jaime Hayon released a series of couches with blinders to transform sofas into smaller private spaces. Furniture company Kettel now sells pavilions that can divide up the open office into smaller spaces. There are now countless types of phone booths and modular pods designed to give people the acoustic and visual privacy they’re craving.

While the days of the private office may be long gone for many, other companies are coming up with creative ways to bring the cubicle back. Italian company Arper designs modular, colorful cubicles that are inspired by the beige boxes of the 1960s but flexible enough to fit any 21st-century space. That’s one version of a modern cubicle. Two others, dreamed up by the architecture firm Rapt, involve nontoxic fog and furniture robots, pointing toward a much wilder future of the office.

There is a single positive outcome of working in an open office. A 2018 study found that office workers in an open plan tend to move around more than people who work in cubicles and private offices. More physical activity helped to reduce stress. It may hint at a way forward for companies that want to mitigate the negative effects of this office paradigm.

In fact, some companies are now opting for a gentler office paradigm that includes a hybrid of public and price workspaces. While this new generation of spaces might still put desks out in the open, they include tons of small conference rooms and more private work spaces. These designs, like design agency Work & Co’s new office in Portland, are based on the idea that people need different types of spaces for different types of work. The office has a kitchen filled with social space, a library, and an entire floor dedicated to small rooms for private work and meetings.

In August, one architect argued that the Harvard Business School study, which found that open offices made people less productive, was flawed. Her reasoning? The researchers were only looking at very extreme versions of open offices, as opposed to more hybrid spaces, adding, “There’s a range of potential workspace designs between traditional offices and the totally open plan.” The same architect also offered up her best practices for designing better offices, which you can check out here.

Unfortunately, some companies will stick with these extremely open offices, and the furor will continue. But as researchers, architects, and even the furniture industry showed this year, there’s no excuse for not taking action to create more humane, pleasant workspaces for your employees. Here’s hoping for a change in 2019. 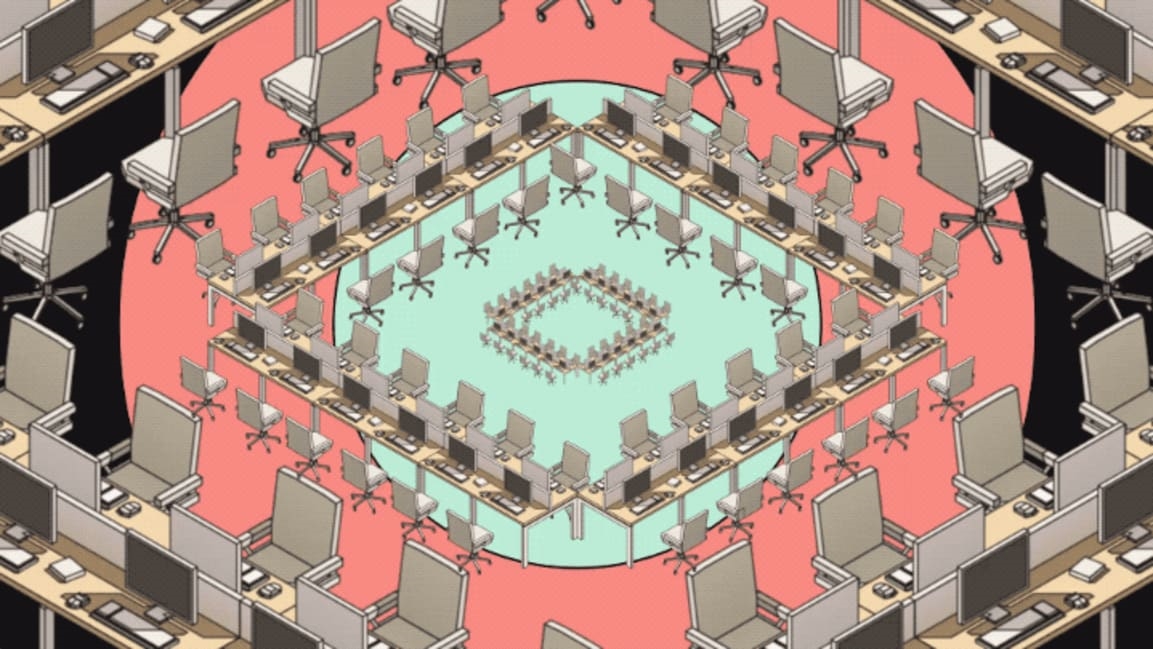