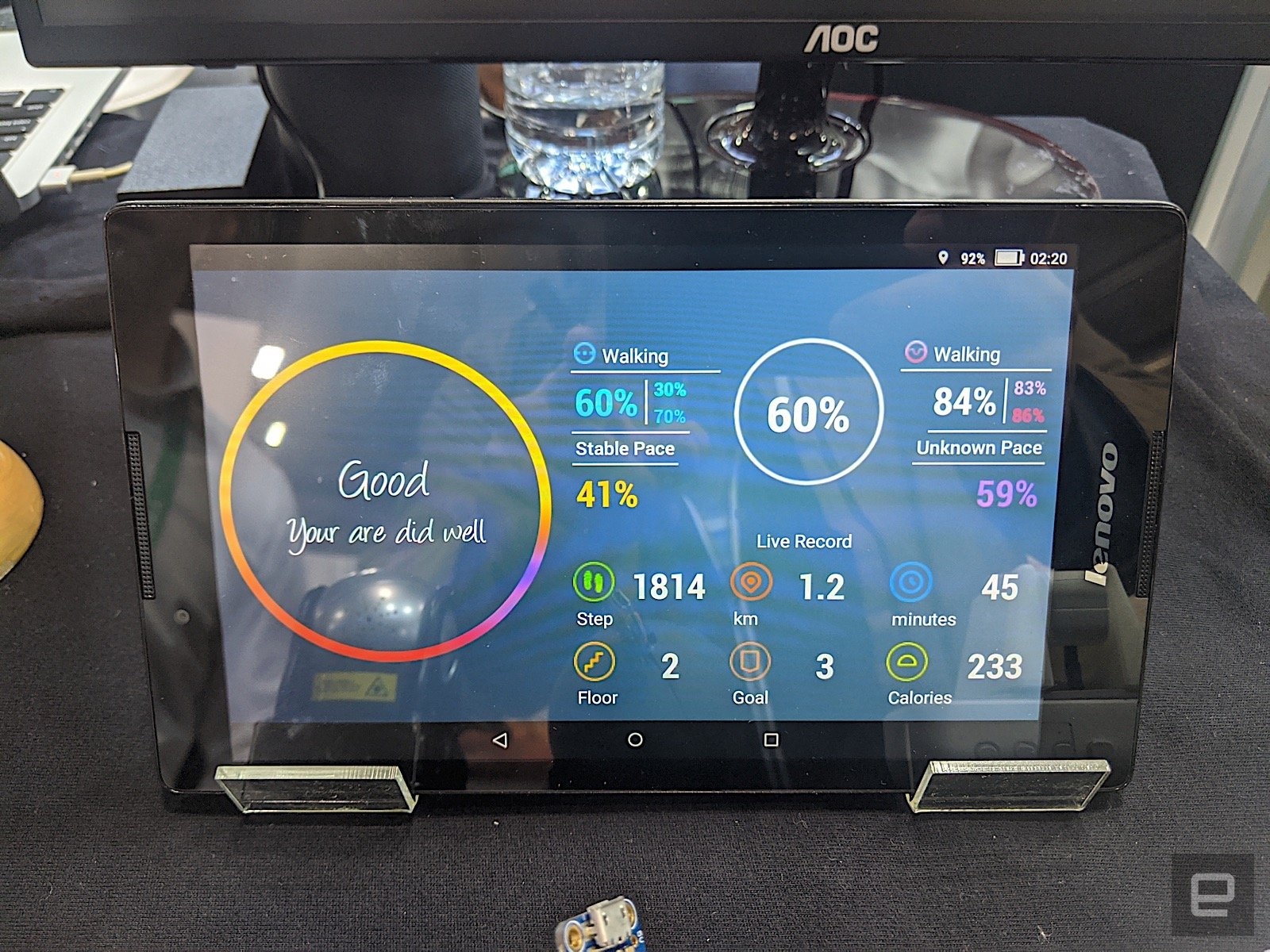 Sixty-thousand Americans are diagnosed with Parkinson’s Disease each year. The progressive nervous system disorder impacts the body’s motor neurons causing tremors, slowing and stiffening of limb movements, and a halting walking gate. While there is no cure for the disease, a number of treatment options are available. One such example is the Exobeam from Hong Kong’s Medexo Robotics.

Freezing of the gait is a common symptom of Parkinson’s Disease, impacting between 26 and 80 percent of those with the disorder, depending on its progression. It makes turning and navigating narrow spaces increasingly challenging, often leading to falls. To mitigate the effects of a freezing gait, the Exobeam helps to focus its user and reinforce positive walking habits.

The system is comprised of three signals. It employs a small laser projector, which can be affixed to either the user’s belt or cane, to beam a bright line on the ground ahead of its wearer. This gives the user a visual cue to begin walking and helps them maintain a steady pace. The unit also rhythmically vibrates, providing tactic stimuli to help keep the wearer focused on maintaining their stride and time their steps. It also beeps like a digital metronome further cuing the user into a steady walking cadence.

Since the unit is meant to be used continuously, it records the wearer’s movement data. It then transmits that daya it via Bluetooth to the associated smartphone app and providing caregivers real-time information on the patient’s state and a historical timeline the disease’s progression. It’s expected to retail for between $500 and $700 when it hits markets.