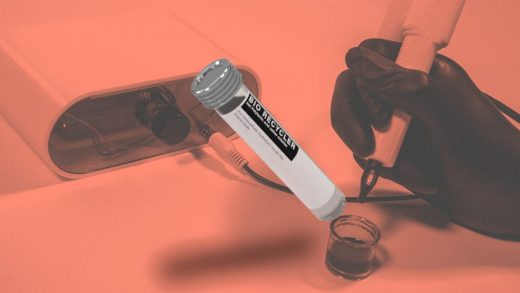 This machine injects plastic into your skin to fight waste

April 21, 2021
People are increasingly made of plastic. The material from our discarded water bottles gets ground up into microparticles, which end up everywhere in the environment. Our oceans alone have an estimated 150 million tons of plastic in them. We then nosh on 50,000 of these pieces of plastic a year, which have been discovered taking up residence in our livers, kidneys, and lungs. It’s sickening to consider, and we still don’t understand the long-term health ramifications.

But what if our body could actually recycle plastic, breaking it down to keep this waste out of our landfills and oceans?

That’s a question being asked by Matthew Harkness, a PhD candidate in philosophy, art, design, and media at the University of New South Wales in Sydney, with his Biorecycling Machine. The machine is based on an open-source blueprint of a 3D-printed tattoo machine that he downloaded from GitHub. Then he added some unique ink: a mixture of saline and finely ground plastic. The premise is that, after receiving a plastic-ink tattoo, your body becomes the recycling machine, breaking down the plastic over the course of six months into harmless byproducts that your body produces all the time (specifically, lactic acid, carbon dioxide, and water).

The catch? This approach only works with a certain type of bioplastic, which is generally considered safe for the human body. Petroleum-based plastics, such as the bags that fill our oceans, need not apply.

The project is speculative, meant to prod us to rethink our values. It’s not meant to become an actual commercial product. As Harkness explains over email, his intent was to “interrogate the . . . ‘Reduce, Reuse, Recycle’ campaign introduced in the 1970s. Central to this campaign was placing responsibility for recycling plastics onto consumers and in the Biorecycling Machine project, this concept is taken to the extreme.”

To this day, that unfair pressure on consumers continues to mount. All sorts of plastic products are labeled recyclable, but when you actually try to recycle them, you may find that they just end up in the landfill anyway. That’s because local recycling centers often have neither the technology nor the financial incentive to recycle all “recyclable” things. In response, “the Biorecycling Machine . . . provoke[s] viewers into considering a fictional narrative about a potential future where they must recycle plastic inside their body almost like an episode of Black Mirror,” Harkness says.

That said, it’s obvious that Harkness finds his own idea of turning the 7 billion humans on earth into recycling facilities to be at least a little alluring, because the science is feasible, even if the logistics are not. His project focuses specifically on polylactic acid (PLA) bioplastic. Developed from materials such as corn starch, PLA is a common 3D-printing material that’s generally considered to be safe for human bodies. Harkness points out that it’s used in all sorts of medical applications, such as medical implants, and it naturally breaks down in your body. (Just because your body can break down PLA plastic, and it’s beneficial in some medical contexts, doesn’t mean it has no effect on health. Research from 2019 found PLA to be toxic to the organic tissue of mice.)

Harkness has given just one tattoo with the Biorecycling Machine to date, but it was with typical, rather than PLA-based ink. That’s because Harkness is uncertain if the plastics he’s sourced have undisclosed chemical contaminants. But if the project ever scaled, Harkness suggests an alternative to human subjects: the countless pigs, cattle, and goats that are already tattooed by farmers each year. 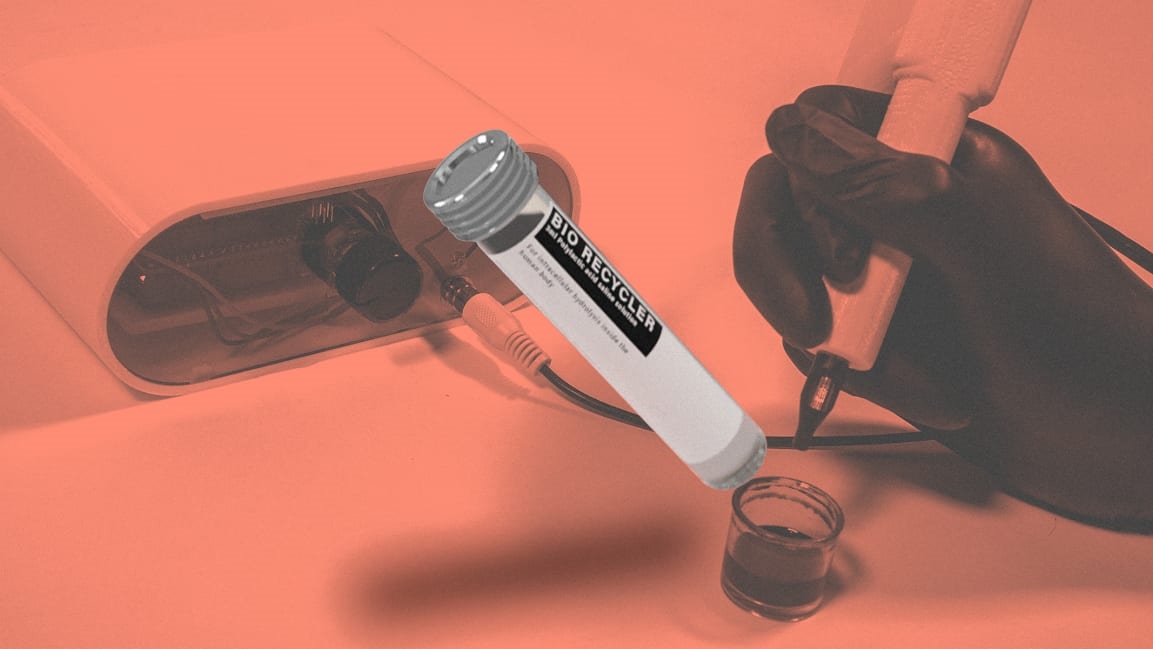