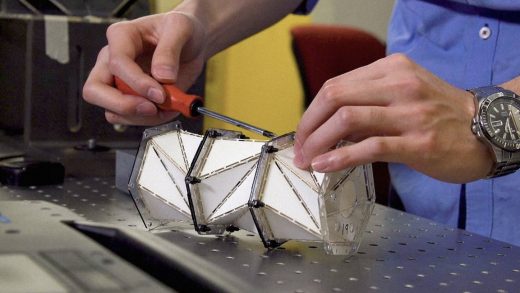 This magical metamaterial could revolutionize car safety and save lives

Scientists at the University of Washington have created a new shock absorption metamaterial that uses origami to completely absorb a hard impact and transform that crushing force into a gentle pull. The findings have potential implications in everything, from delivering packages via drones to landing spaceships.

According to one of the research authors—UW associate professor of aeronautics and astronautics Jinkyu Yang—”if you were wearing a football helmet made of this material and something hit the helmet, you’d never feel that hit on your head.” In fact, by the time the impact energy reaches you, he says, it has been transformed from a crushing push to a light pull.

When you see it in action, it looks like magic. The idea of using a shape that can transform pushing forces into pulling forces is impossibly counterintuitive—something the researchers admit themselves.

The secret is the metamaterial’s geometry. “Metamaterials are like Lego,” Yang said in a press release. “You can make all types of structures by repeating a single type of building block, or unit cell as we call it. Depending on how you design your unit cell, you can create a material with unique mechanical properties that are unprecedented in nature.”

The UW research—published today in the journal Science Advances—got inspiration from origami to create 20 of these flexible unit cells, using a laser-cutting plotter to create physical models of a geometric shape they developed using computer simulations.

Then they put together the segments in a long truss. Each of the segments in the metamaterial then acts as a “folding crease,” which has the capability of softening an impact as it travels through the truss. In fact, as the shock advances through each segment, the segment before it bounces part of the energy back, pulling the next segment until the chain eventually dissipates the push force generating a soft draw instead.

Scientists then tested their initial computer models with the physical model by applying a compression force, recording the behavior using six GoPro cameras filming in slow-motion. And indeed, it worked exactly as the simulation predicted, turning compression forces into pull forces.

The way the unit cells fold is crucial, according to research coauthor Yasuhiro Miyazawa, who is completing an aeronautics and astronautics doctorate at the University of Washington: “[The origami] unit cell softens the force it feels when someone pushes on it, and it accentuates the tension that follows as the cell returns to its normal shape.”

The applications are countless: “Impact is a problem we encounter on a daily basis, and our system provides a completely new approach to reducing its effects,” Yang said.

In the future, the system could be used to soften the landing of packages delivered by drones, if you built the origami segments right on the packaging itself. The system could also be used in car bumpers to soften the impact of car accidents and, according to Yang, save lives.

Yang also points out that you could also make the same structures out of composite materials for greater strength and larger objects. You could actually apply this technology to landing systems, the team says, like the ones needed to send rovers to Mars or providing soft landing for SpaceX spaceships without having to use so much energy in the return.

Could Lives Magical metamaterial Revolutionize Safety Save This 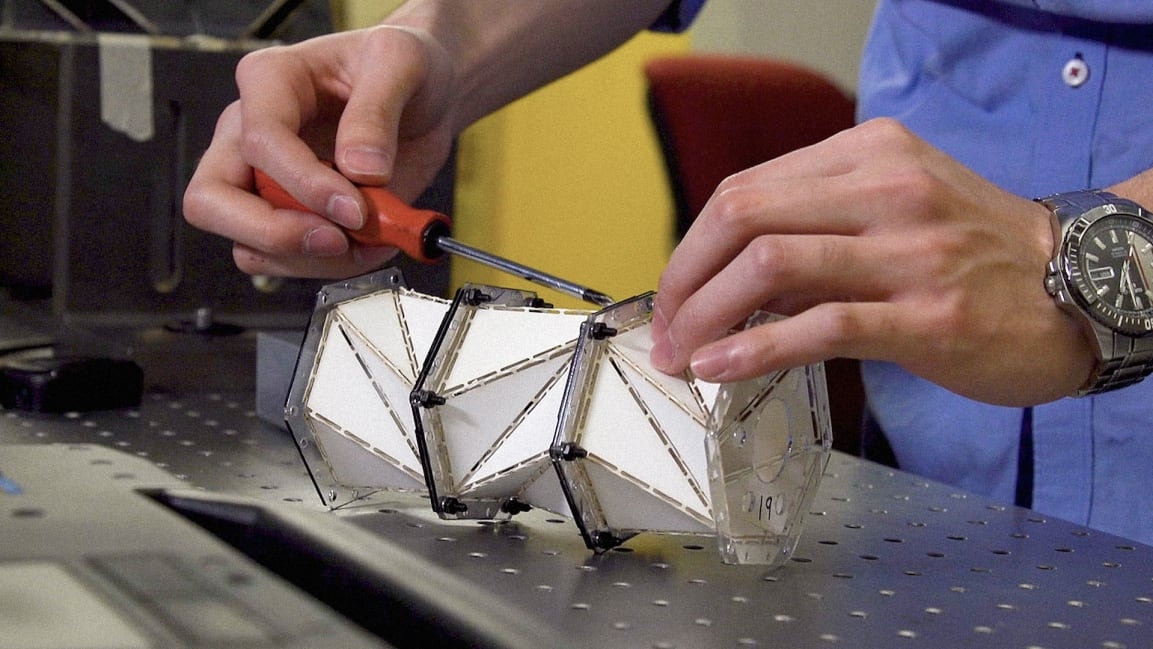