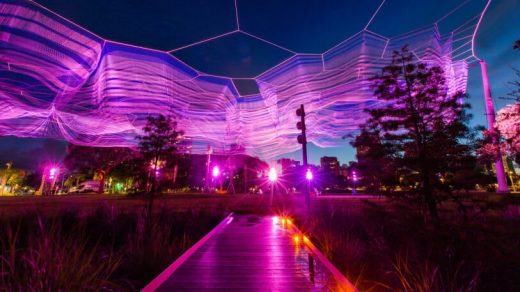 This new aerial sculpture in Florida is gorgeous. It’s also a haunting reminder of an ugly past

More than a million knots—1,662,528, to be exact. One hundred and eighty miles of twine. One Supreme Court ruling.

A lot went into the making of artist Janet Echelman’s latest work, but it’s that last metric that has the greatest significance.

The St. Petersburg, Florida, aerial sculpture Bending Arc derives from a 1968 quote by the Rev. Dr. Martin Luther King Jr.: “the arc of the moral universe is long, but it bends toward justice.” The arcs of her latest project, long swaths of twine in graduated hues of blue that stretch from black to white, and which billow between masts set in the family park of the city’s new waterfront pier like oversize knitting needles, call viewers to notice the natural environment constantly in motion around them. But it also serves as an arc to a little-known civil rights movement that took place nearly 65 years ago.

Following the 1954 Brown v. Board of Education Supreme Court case, which found the doctrine of “separate but equal” unconstitutional, many Southern communities continued to maintain policies of segregated beaches and pools. In 1955, six Black would-be pool-goers tried to buy tickets to a pool in downtown St. Petersburg and were turned away. They sued the city to force integration of the pool, and Alsup v. St. Petersburg made its way to the Supreme Court. They won.

Echelman incorporates that history into the piece and also nods to the surrounding natural environment. Like her other works, Bending Arc is an environmental installation that uses the sky as its canvas. Her installations are physically massive and beautiful, and their mix of movement, color, and translucency adopt a shimmery quality that makes them appear phantasmic. This one was initially inspired by vintage postcards of blue-and-white striped beach parasols and the geometric form of barnacles, but the project evolved as Echelman dug into the history of St. Petersburg. From a symbolic standpoint, it represents more than the environment—it drew inspiration from the politics of space, access, and urban design. “The way that my art finds strength is through its resiliency and adaptability rather than brute strength, because it lets the wind move through it rather than fighting it,” Echelman says in a phone interview. “I think that’s a metaphor for how to live in these times.”

The sculpture over St. Petersburg’s waterfront pier is Echelman’s largest permanent work to date. It can carry the highest weight load and is engineered to withstand 150 mph winds. Accomplishing those firsts was no small feat. Echelman and her team braided a lightweight Polytetrafluoroethylene (PTFE) fiber into twine, loaded the twine onto looms, and knitted them in a diamond-mesh pattern to create the resulting shape. Every piece of rope is hand-spliced, a tradition used by mariners for hundreds of years, according to Echelman. The ropes look delicate, but they are strong: 15 times stronger than steel per pound, she says. And though it’s an old craft, the project took a modern, cross-disciplinary team to execute: aeronautical engineers, structural engineers, landscape engineers, lighting designers, artisans and craftsmen, loom operators, and her whole design team, including architects, artists, and of course Echelman.

The installation of Bending Arc was even more timely than Echelman anticipated. After the Supreme Court decision ruled in the plaintiffs’ favor, pools often just intermittently closed for “repairs” rather than allow Black swimmers. It wasn’t until 1959 when the white tourist industry realized the economic disincentive—that “closing the facilities would hurt their pocketbooks more than integration would”—that pools complied with integration, according to the Tampa Bay Times. The recent protests over the police killing of George Floyd show just how much the struggle for civil rights continues into the present day. “When I contemplate the way the sculpture moves in the wind and these arcs moving across the surface with the wind, it’s a contemplation of the larger moral arc of our country and the role that activists play in bending that arc toward justice,” Echelman says. “I’ve been working on this piece for four years And I never would have guessed when the piece opened, it would open in such a pivotal time for social justice.” 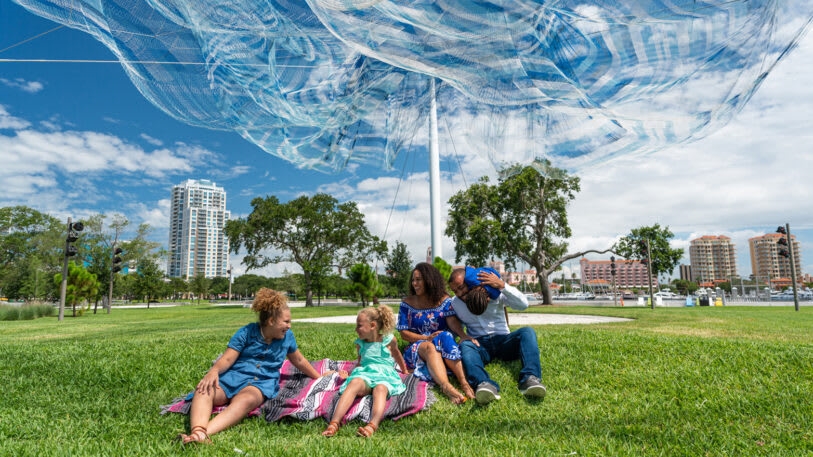 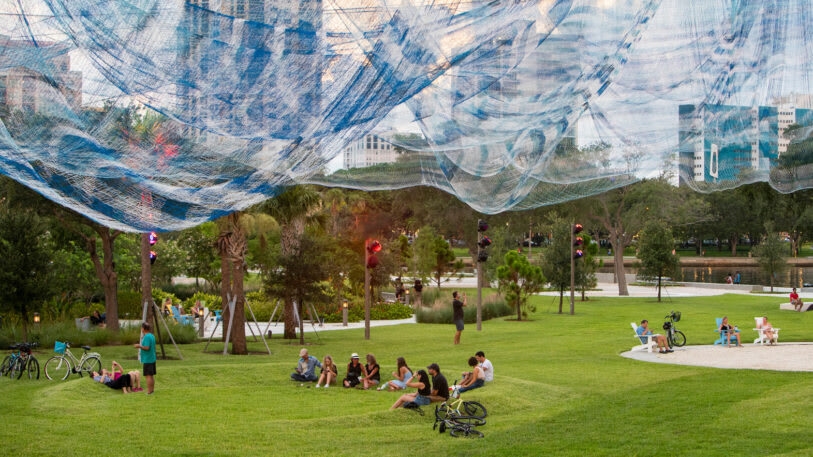 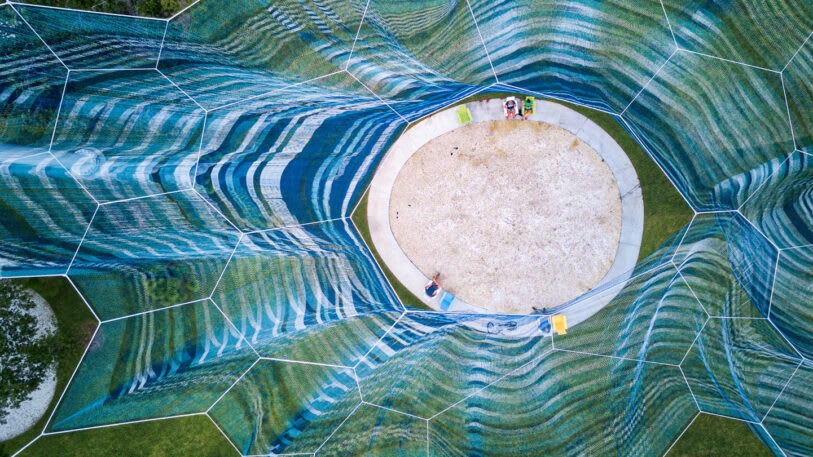 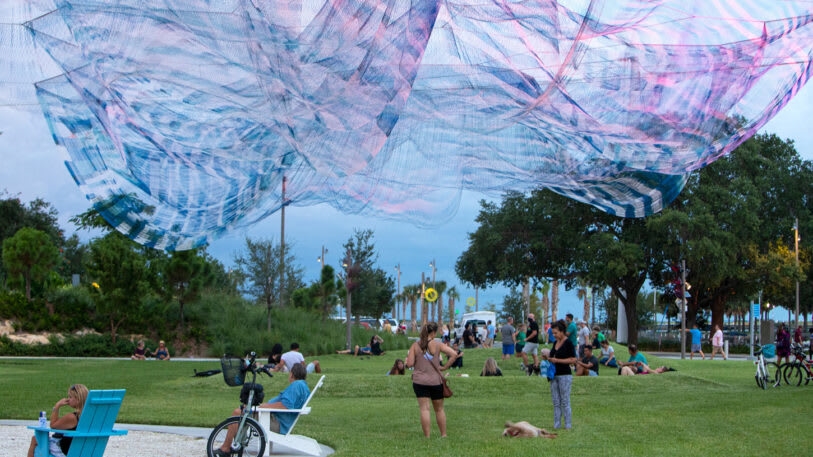 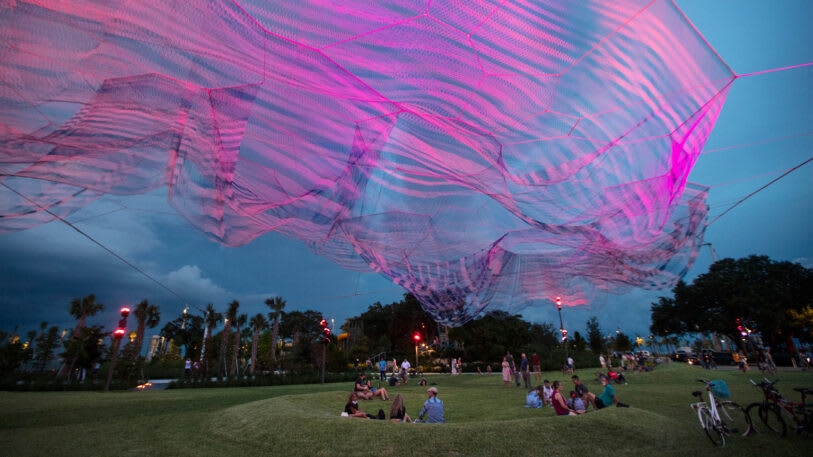 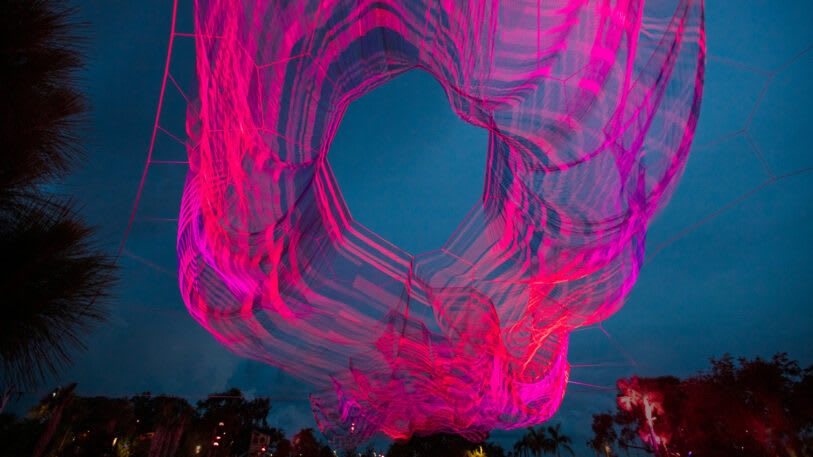 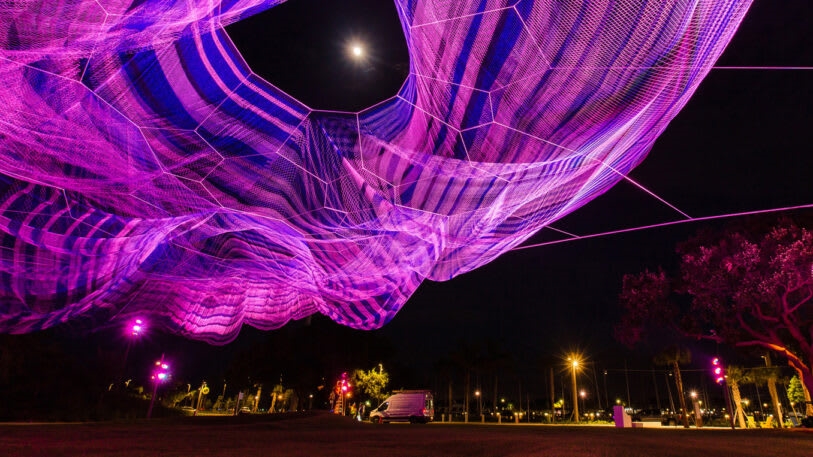 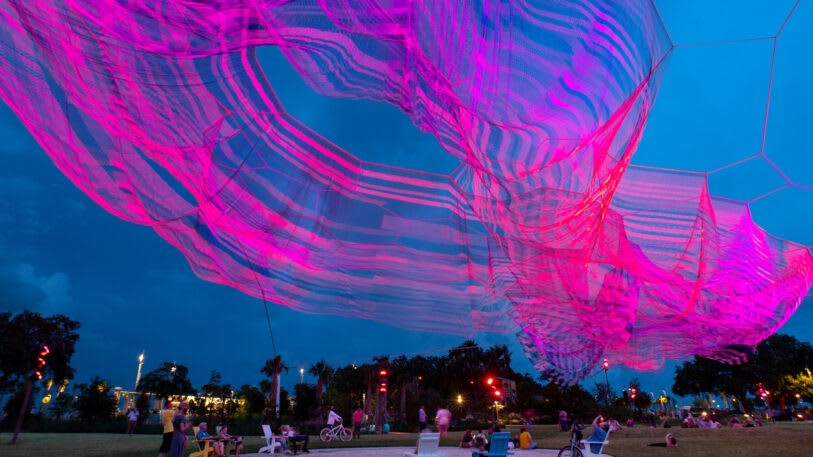 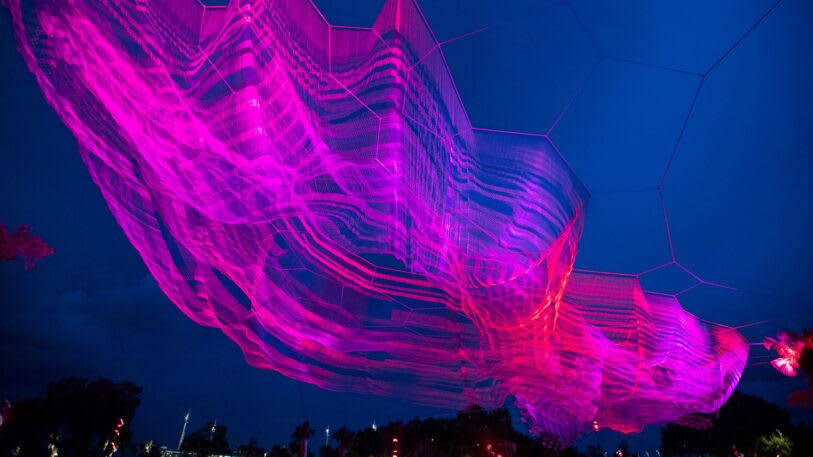 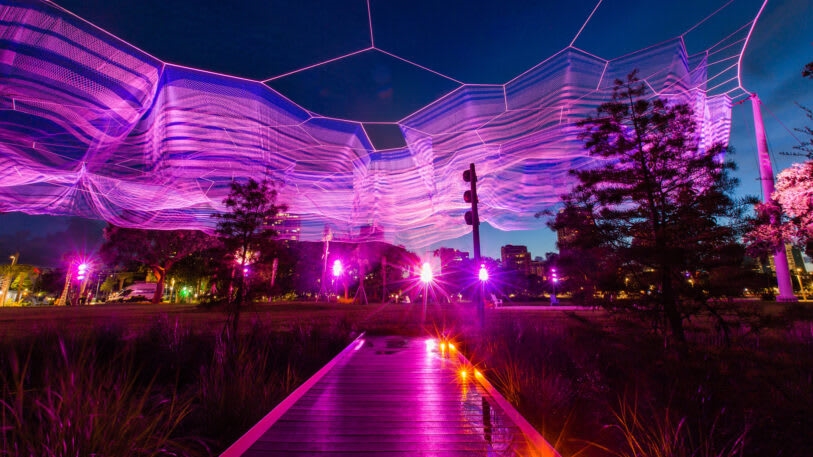