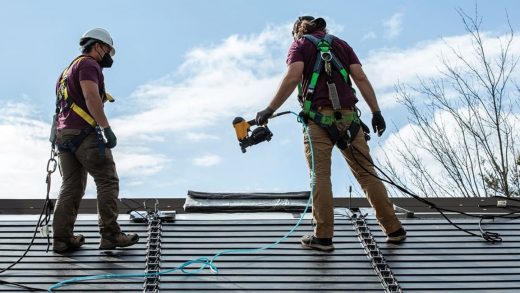 The concept seems obvious: Why put solar panels on a roof when you could just make the roof out of solar panels? But Tesla’s attempt to design a solar roof didn’t go well: The solar tiles turned out to be challenging to install, and the final price for customers has sometimes become tens of thousands of dollars higher than they were quoted. But GAF Energy, a spinoff of the world’s largest roofing company, launched a new solar roof today that it believes can succeed—and that could help radically speed up the adoption of home solar.

“The potential for solar is enormous, but we haven’t come close to meeting it,” says Martin DeBono, president of GAF Energy, which is part of parent company Standard Industries, which also owns GAF. “When you have a heritage in roofing, and you see solar panels going up the same way in 2020 as they were put up in 1990, yeah, you realize there’s an opportunity for innovation.”

The new design, called Timberline Solar, builds solar cells into a standard shingle. “All you need to install the solar shingle is a nail gun,” he says. “It goes up just like a regular shingle that can be nailed on the roof like any other shingle.” It required several rounds of innovation to work—like other shingles, it had to form a waterproof barrier to protect the home. It had to be fireproof. And it had to be something that workers could walk on if they had to access the roof. The engineers worked to find the right material and form to let light through, so the solar cells inside could generate energy, while meeting the other requirements.

Because it can be nailed down, the solar shingle can be installed very quickly—in two days rather than the weeks required for other solar roofs. That means that it’s much less expensive. Other solar roofs also spend as much as $5,000 per customer in marketing expenses. GAF, which is partnering with GAF Energy on the project, will work with its network of thousands of roofers to share the product instead. “When it rains out, that’s all the advertising a roofer needs,” DeBono says. “People call roofers.” The company also used materials that are available at a much larger scale than the specialty materials in competitive products.

“We’re half the cost of a Tesla solar roof,” he says. “But we are in line with traditional solar rack mounted solar. And this really makes the decision for a homeowner who is thinking about going solar very easy to get a solar roof—it’s a superior product.” The aesthetics are better, he says, and the savings from the shift to solar can also cover the cost of buying the new roof. The shingles can generate as much energy as traditional solar panels covering the same area.

Roofers in the network will help homeowners evaluate whether their roof gets enough sunlight to be a good candidate for solar power, and then GAF Energy will use its own software to calculate where the solar shingles will be placed. It will also get solar permits and send materials, and when the installation is complete, it sends electricians to connect the panels to the grid (each panel easily plugs into each other during installation).

The company expects that its approach will help get solar on roofs much more quickly than it would have otherwise happened. The roofing industry is 20 times larger than solar, and around 5 million roofs are replaced in the U.S. each year, versus 200,000-300,000 homeowners that install solar panels, DeBono says. If only 10% of roofing customers choose solar shingles, it could eclipse the current industry. 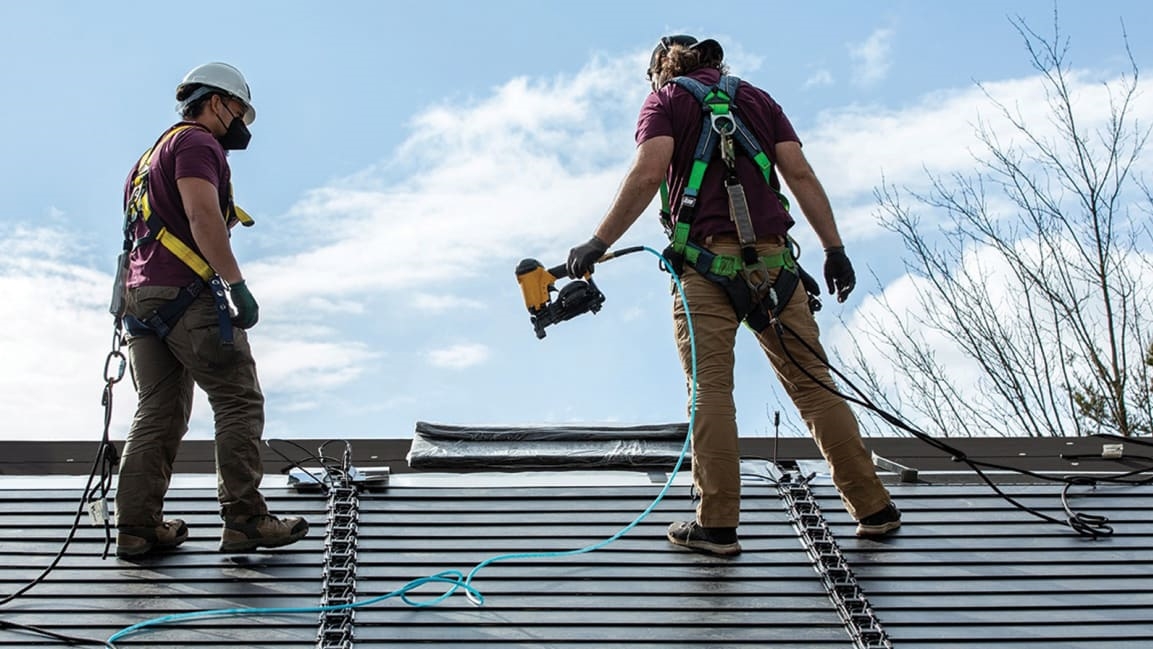