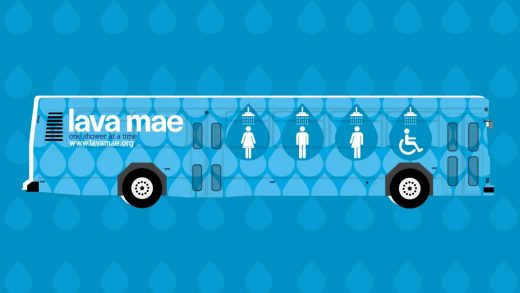 Every Wednesday afternoon, a silver trailer pulls up in front of a social service organization in Plano, Texas, and begins offering free showers to local homeless people. On Fridays, it moves to a soup kitchen in the city of Denton, then drives to two other North Texas cities on other days of the week. The service, from a two-year-old nonprofit called Streetside Showers, is one of 100 that have spawned from the ideas of Lava Mae, a San Francisco-based organization that started transforming old city buses into mobile showers and toilets six years ago.

“When this all began, I took a hyper-local view, and I really thought this was only a problem that was happening in San Francisco,” says Lava Mae founder Doniece Sandoval. But when her crowdfunding campaign launched in 2013, she quickly started fielding requests from hundreds of other communities where people were also struggling to access services for basic hygiene, from New York City to Zimbabwe. As Lava Mae grew in California, Sandoval and her team began building a tool kit so the idea could be replicated elsewhere.

“I’m just not the kind of leader who’s like, ‘Oh, we should franchise our model, we should create some sort of licensing model,’” she says. “We just inherently knew that the strongest solutions come from the ground in the community where the problems exist. Local communities know best what they need.” Instead of bringing Lava Mae-branded trailers to cities throughout the world, the organization just wanted to share its best advice.

More than 2,000 people have now downloaded the tool kit, which talks through the details of how to launch and run this type of service, including how to choose a vehicle and location, how to deal with local regulations, and the organization’s philosophy of “radical hospitality,” an approach that treats the people using the service with dignity and respect.

Lance Olinski, who founded Streetside Showers, started thinking about the problem of hygiene when he walked into a public restroom in McKinney, Texas, and saw a man trying to wash himself with the sink. Olinski started carrying toiletries with him to hand out to people he encountered on the street and then discovered Lava Mae through an online search; he was so inspired by the idea that he flew to San Francisco to see the work in person, and then returned to Texas to launch a local version. “We have a lot of cities that surround Dallas, and all the cities are struggling with homelessness,” he says. “It’s not just Dallas . . . I’ve stayed north of Dallas in the communities that have no services.” Olinski, who has provided more than 5,000 showers in the area over the past two years, is now also coaching people in other communities who want to do the same thing.

For those who use the tool kit and want more support, Lava Mae offers onsite visits to its services in the Bay Area and Los Angeles, along with in-person training. After understanding how the model works, she says, many people realize that they don’t have enough time to launch a new program. But some people do decide to move forward. Unilever, which launched a “Right to Shower” line of bodycare products that donate proceeds to mobile showers, has helped fund 10 new organizations this year. Some communities take new approaches, like an organization in Vermont that combines mobile showers with mobile health screenings.

Sandoval says that she is seeing some slow progress in addressing the underlying causes of homelessness. “I think that there are a lot of people who are beginning to see that the system’s broken, and we need to rethink it, and that continuing to do the same thing we’ve always done will only get us the results we’re getting right now, which is not enough,” she says. In the meantime, she’ll continue to help more people meet daily needs. By 2024, her goal is to reach 100,000 people. 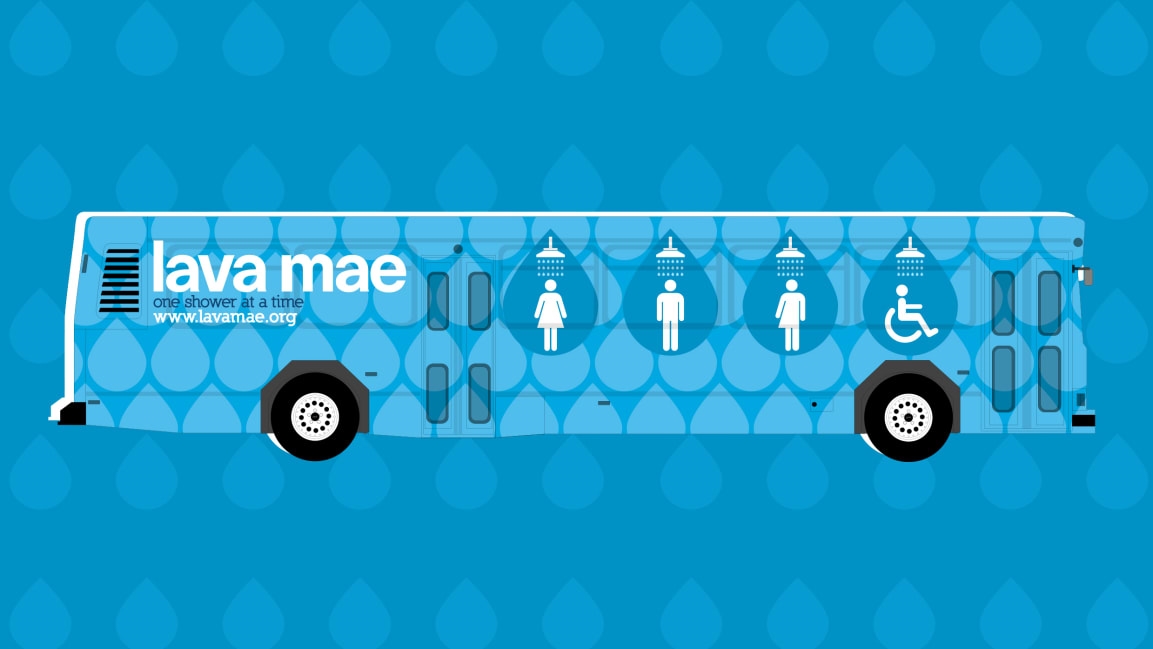