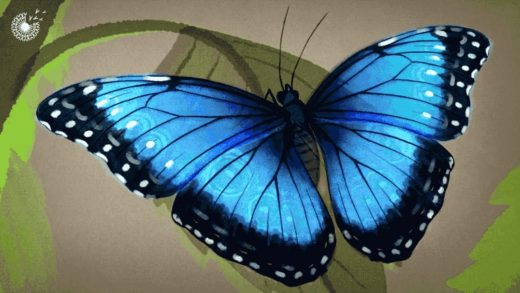 Back in the day, paint often got its color from the actual animal kingdom. Insects like cochineal and carmine gave us rich blues and blood reds. Renaissance painters used egg as a binder in tempura oil painting. Now, rather than using insects as the material, one company is using them as inspiration. And it has the potential to do a lot more than beautify.

Cypris Materials has created a paint inspired by blue morpho butterfly wings, which get their color from blue lightwaves reflecting off the nanostructure of the wings themselves (up close you’ll see they’re actually translucent). Like butterfly wings, Cypris’ paint works through reflection, so color comes from particular lightwaves that reflect off the nanostructure of the paint. In short, this paint functions through structural color rather than chemical pigments or dyes.

So how does this “paintable structural color” work exactly? “The wavelength of reflection is all based on the size of the polymers that we make,” says Pearson, which they “tune” during manufacturing and formulation. (A polymer is a chain of molecules.) During the drying process, synthetic polymers in the paint arrange themselves into nanostructures that are able to reflect particular light waves. This process is called self-assembly. The paint could be made with polymers designed to reflect a specific color on the visible light spectrum—say, red—or it could be structured to reflect heat and UV rays, which aren’t visible to the human eye (so the paint would be clear).

The capability opens up an array of less toxic aesthetic choices, and it has functional benefits too. A treatment that reflects UV light could protect outdoor furniture from fading in the sun. Another treatment could reflect near infrared light—aka heat. The coating can then be applied to roofs, windows, and more, which would absorb less heat and reduce A/C use. Pearson claims the treatment can reduce energy by 20%. Apply the coating to a rooftop, says Pearson, and you could still keep its dark color if you prefer.

The potential to act as a cooling agent is important, because our cities are getting hotter all the time. All the pavement in those so-called concrete jungles absorbs rather than reflect heat, and can create “heat islands” where cities are around 10 degrees warmer than the surrounding area. There are other architectural elements to reduce the environmental impact of our homes and offices, like tree planting, rooftop gardens, and painting roofs white. But this provides another potential tool.

The coating could also be used to help self-driving cars, which use LiDAR signals to detect nearby objects, Pearson says. LiDAR is infrared, so it’s absorbed by dark objects, making them harder to detect. Add a LiDAR reflective coating on bikes, bike helmets, and dark vehicles that share the road, says Pearson, and they’ll be better detected by self-driving vehicles.

Ryan has big plans for the paint. Although the company doesn’t sell direct to consumer, expect structural color to appear in consumer goods, including cosmetics, in the next year or two; automotive within the next four, and on buildings in the next five, following long-term weather testing in South Florida. 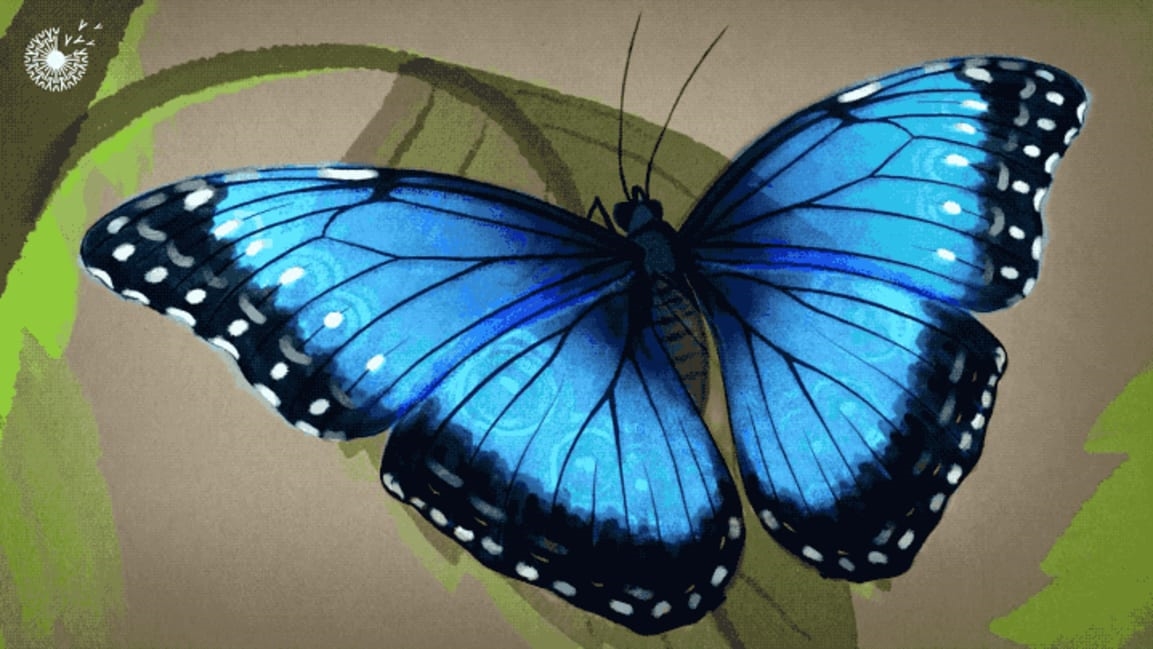