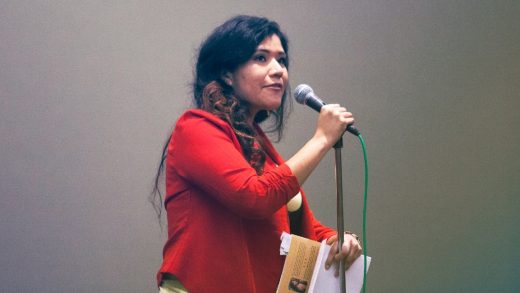 When Tanaya Winder earned her Master of Fine Arts in 2012, she knew she wanted to make a living writing and performing spoken word. But without any blueprint to follow, she questioned whether she’d be able to translate all the years she’d spent studying creative writing and poetry into a viable career.

Today, Winder is a entrepreneur, author, and educator. She runs a management agency representing fellow Native American artists and also tours the country lecturing and performing her own work. Her recent travels have brought her to actress America Ferrera’s New York City book launch (Ferrera’s new anthology, American
Like Me, features one of Winder’s essays), and to a New Mexico middle school to speak with a class whose teacher has incorporated Winder’s poetry book into the curriculum.

While she continues to face plenty of obstacles forging a largely uncharted path, she has come to appreciate the success you can unlock by converting challenges into opportunities.

Nearly one-third of Native Americans report being personally discriminated against when it comes to being paid equally or considered for promotion, and applying for jobs.

Cultivate community as you create your own road map

Upon realizing the navigable career path she’d been searching for after graduate school didn’t exist, Winder says she tapped into the creativity and resiliency of her ancestors to adopt a new approach: If you don’t have the space you need, create it.

A critical part of rejecting the limits of what seemed possible was seeking out others in similar situations for support. “That way you don’t have to figure it out alone. And as you do start to figure things out and create new pathways, you can share them,” Winder says. Largely by way of social media, she began connecting with fellow creatives. In particular, she discovered the power of Facebook groups for artists of color.

In 2015, after a few years of cultivating informal “friendtor” networks, Winder banded together with a handful of other Native artists and musicians to launch a formal management agency, the Dream Warriors Collective. While the artists’ performance genres of choice vary, they find enormous value in navigating the arts and entertainment industry together. They bolster each other’s visibility, swap best practices, and help protect one another from being taken advantage of or tokenized.

Winder now makes a point to tell others what she wishes someone had told her: No matter what field you pursue, you will face professional hurdles at all stages of your career. That’s all the more reason to cultivate peer and mentor communities. It can be as simple as posing a question or sharing a resource on Twitter using niche hashtags (for example, #POCcreatives) that may lead you to others. “It’s about giving yourself permission to dream, ask for and offer help, and do,” Winder says.

Megan Red Shirt-Shaw is familiar with the experience of being the only Native American individual in a particular room. A member of the Oglala Sioux tribe, she previously worked in college admissions, and as she pursues a doctorate in higher education at the University of Minnesota, she remains committed to increasing Native representation and retention in classrooms and workplaces. She’s also well aware of the challenges that come with navigating micro-aggressions and institutional biases on top of an already full workload. After years of feeling the pressure of being the only Native person in different contexts at predominantly white institutions, she realized something had to change.

She opted to reframe the constant pressure she felt to debunk stereotypes and educate her colleagues about Native American identity and culture. Instead of attempting to represent an entire population, Red Shirt-Shaw now approaches the moments when she feels like “the only” in a room as opportunities to share the onus with members of the majority.

Sep. 27 is #NativeWomenEqualPay Day. It represents the fact that, on average, Indigenous women are paid just 57% of what white men are paid. We’re all phenomenal women, and we all deserve equal pay for equal work. Get this tee and support the Native Voices Rising Fund to benefit organizing, advocacy, and civic engagement in American Indian, Alaska Native, and Native Hawaiian communities. @phenomenal.ly

She does this by elevating the work of relevant experts and empowering her colleagues to seek out several different voices and perspectives. If she’s the only Native individual in a discussion about contemporary Indigenous identities, for example, she’ll clarify that she’s speaking for herself, rather than as a definitive authority on Native American identity politics. Then she’ll refer people to the work of relevant Indigenous scholars, writers, and activists.

Now, she encourages others feeling similar pressures to come to an important realization: You don’t always need to single-handedly shoulder that burden. You can still speak up, share your opinion, and be an activist. By pointing to outside resources, you can empower others to source diverse perspectives to educate themselves. “I hope it makes them feel like they have more work to do together, as opposed to listening to one Native person,” she says. “Then it’s their responsibility to do the growing and knowledge seeking.”

Fill a void in a way that serves your community

When Dennis Worden was working in tribal policy and economic development in Washington, D.C., he knew of several established tribal officials and other successful Native professionals he admired. Yet he seldom saw positive representations of them in mainstream media.

“You could read career lessons from Steve Jobs online,” says Worden, a member of the Coeur d’Alene tribe now working in corporate policy in Arkansas. “But as a Native professional, there’s not a ton of media featuring success stories from people who look like you and are from the communities you’re from.”

Instead of seeking out individual role models’ advice ad hoc and solely for his own gain, Worden saw an opportunity to address the problem on a larger scale. From his home, he started recording NextGen Native, a podcast featuring his one-on-one conversations with Native professionals in the corporate world across a range of industries and locales. Featuring one guest per episode, he created a natural, consistent opportunity to seek advice from people he admired.

Hyping myself up for podcast convo after a day’s work. It’s a grind but so worth it. #nativeawesome #podcasting

A self-described introvert, Worden found that setting up a community-facing platform gave him reason to push himself out of his comfort zone. He not only got access to the advice he and others were seeking, but he expanded his network and elevated his profile as a leader in and beyond the Native American community.

In the process of creating 100 episodes, he also learned audio production and marketing skills. Whether he was interviewing Native leaders like former U.S. ambassador Keith Harper, getting feedback from Native youth, or receiving inbound encouragement from non-Native leaders like Cecilia Muñoz, director of the Obama White House’s Domestic Policy Council, he was continuously excited to see the fruits of his side hustle.

Once you identify a gap, think through how you might fill it in a way that serves your personal goals and your community. “If you find a challenge you’re passionate about, you likely have a lot more capacity than you realize to take it on yourself,” says Worden. “The question to ask yourself is: Do I want to take on this challenge? Not, ‘Do I have the ability?’”

Katie S. Sanders is a freelance journalist whose reporting pursuits have brought her to Norwegian prisons, JDate, and the White House South Lawn. Follow her on Twitter at @katiessanders. 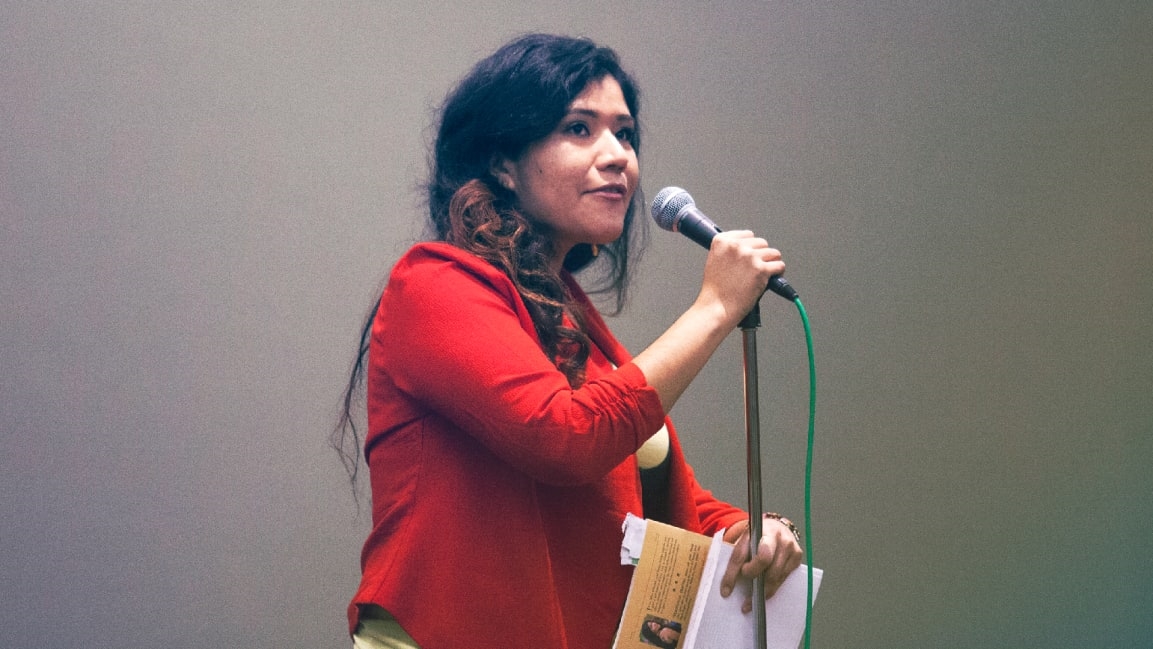