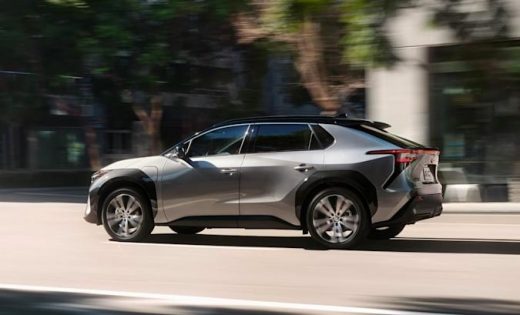 The new 2023 bZ4X is slated to go on sale later this spring.

After announcing the company’s first electric vehicle last year (not counting the weird old RAV4 EV), Toyota has finally released pricing for its upcoming bZ4X SUV before it arrives at dealers later this spring.

For the base XLE model with front-wheel drive, the bZ4X will start at $42,000 while providing 252 miles of range on a single charge. Meanwhile, if you prefer a slightly more premium kit, you can upgrade to the Limited package (which starts at $46,700) that adds more luxurious satin and soft-touch finishes and upgraded seats, with Toyota offering FWD and X-MODE AWD drive options across both trim levels.

While similar in size to the Toyota’s popular RAV4 (it’s 3.7 inches longer but two inches shorter), the bZ4X is going for a sleeker, more futuristic design featuring an emphasis on aerodynamics and improved driver visibility thanks to a lower hood height. On the base model, Toyota is claiming 0-60 times of 7.1 seconds, or 6.5 seconds for the AWD version. That said, the AWD model’s speedier acceleration does come with slightly reduced range, topping out at around 228 miles on a charge.

Inside, the car offers seating for five passengers and an infotainment system with a 12.3-inch touchscreen that supports wireless CarPlay and Android Auto. And for those who really want to stay connected, you can also pay for a Wi-Fi Connect subscription that will add hotspot functionality powered by AT&T’s 4G network. You’ll also get a handful of USB ports (both Type-A and Type-C), a built-in wireless charger and a three-year trial for Toyota’s Remote Connect service, which allows owners to control things like the car’s temperature controls, horn, window defroster and more from an app on their phone.

Finally, when it comes to recharging, the bZ4X will come with an included 6.6kW adapter that should be able to bring the car from low to full in about nine hours when connected to a Level 2 charger, with new owners even getting the option to purchase ChargePoint Home Flex charger direct from select dealers. And as an added bonus, for anyone who buys or leases a 2023 bZ4X, Toyota is throwing in one free year of unlimited complimentary charging at all EVgo charging stations nationwide. 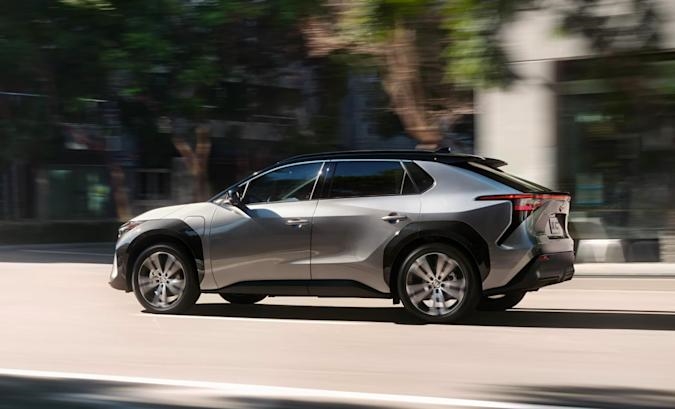