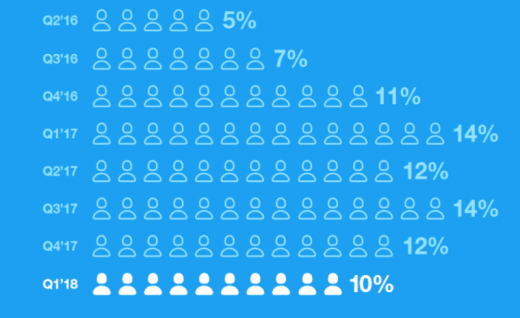 Up 21% year over year, Twitter’s $575 million in advertising earnings is split evenly between its US and international markets. 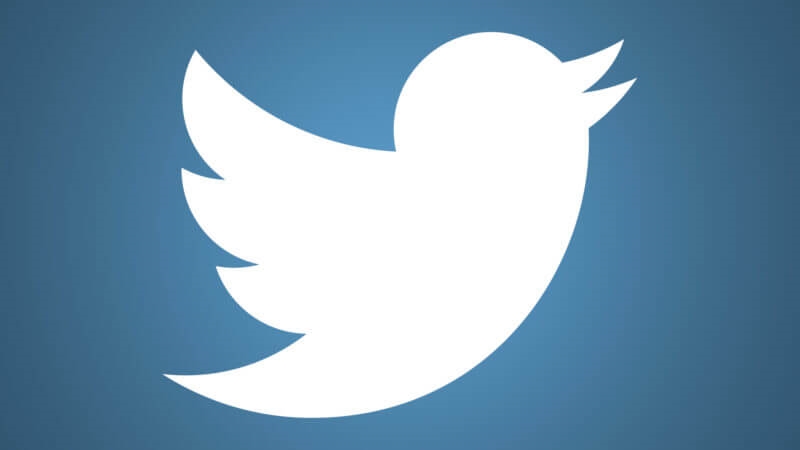 According to Twitter’s Q1 2018 earnings report, video ads accounted for more than half of the $575 million advertising revenue it earned during the first quarter of this year.

Not only was revenue up, but Twitter says its daily active users (DAU) grew 10 percent year over year. The site is now averaging 336 million monthly active users (MAU) — up from the 330 million MAUs it reported in Q1 of last year.

Twitter reports it experienced “better-than-expected” growth across all major products and geographies and signed more than 30 new partnerships including deals with Fox, MLB, MLS and People TV.

Now making up more than half its total ad revenue, Twitter’s video advertising was the company’s fastest-growing ad platform in Q1 2018, pulling in money from its in-stream pre-roll and mid-roll ads, FirstView, Video Website Cards and Video App Cards.

Of the $575 million in ad revenue Twitter reported, the company says most — $533 million — was from owned and operated (O&O) advertising revenue, reflecting a 28 percent year-over-year increase for O&O revenue. While O&O ad revenue was up nearly 30 percent year over year, it suffered a 10 percent decrease when compared to Q4 2017.

The $42 million in ad revenue generated from non-O&O ad revenue reflected a 28 percent year-over-year decrease. Twitter attributes the drop to its deprecated TellApart retargeting product that brought in zero revenue for the quarter. (Twitter says non-O&O advertising revenue would have increased 18 percent with TellApart excluded.)

The site says ad engagements were up 69 percent year over year, and cost per engagement (CPE) dropped 28 percent compared to Q1 2017. Twitter’s ad revenue priorities going forward are centered around improving its core ad offerings, ad platform enhancements, self-serve ad studies and third-party accreditation. It also says it will “tap into new channels of demand” and continue to grow its data and enterprise solutions.

While Twitter has experienced a slight decline in DAU growth over the past year, it is still reporting double-digit growth numbers. DAUs saw a 10 percent year-over-year growth rate last quarter (down from 14 percent in Q1 2017). 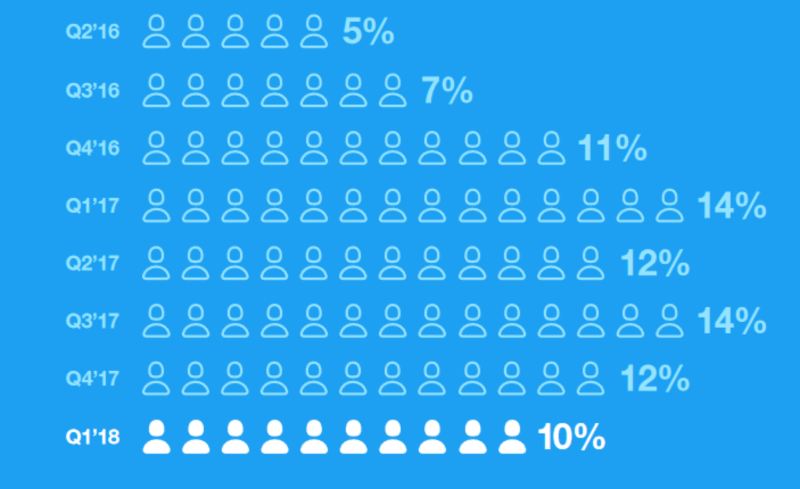 Twitter says it drove double-digit DAU growth in five of its top 10 global markets. The site reported 336 million total average monthly active users (MAUs), 69 million of which are in the US. MAUs saw only 3 percent year-over-year growth.

“As expected, MAU continued to be negatively impacted by changes made to Safari’s third-party app integration, which affected approximately 1 million MAUs in Q1, and by our ongoing information quality efforts,” reports Twitter.

The site anticipates MAUs will be negatively impacted going forward based on its ongoing platform health efforts (its efforts to remove spam and abusive content), GDPR and its decision to not move to paid SMS carrier relationships in certain markets.

“While the magnitude of any potential future impacts is difficult to predict, we believe that DAU will be less affected than MAU,” says Twitter.

During the last 16 months, Twitter has made a commitment to improving the health of its platform — aiming to address the site’s safety-abuse and misinformation issues. The company offered a quick update on the progress it is making in this area, noting that it has made more than 30 changes to the products, policies and operations.

It referenced the modifications it made to TweetDeck and the Twitter API, limiting the ability for multiple accounts to post identical content simultaneously. Twitter says early results for this change show a 90 percent drop in users creating fake or automated engagement via TweetDeck.

Twitter also reports removing more than 142,000 applications connected to its API that were in violation of developer rules and were collectively responsible for more than 130 million “low-quality” tweets last quarter alone. The site says its systems are currently identifying millions of suspicious accounts globally every week.