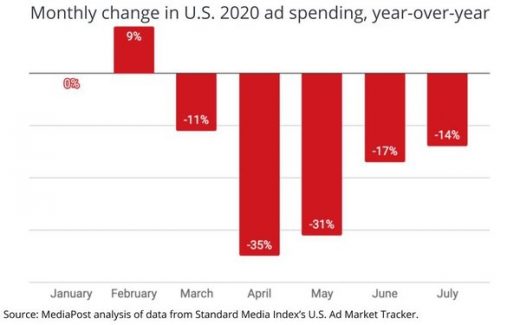 U.S. Advertising Falls 14% In July, Most Moderate Rate Of Erosion Since March

U.S. Advertising Falls 14% In July, Most Moderate Rate Of Erosion Since March 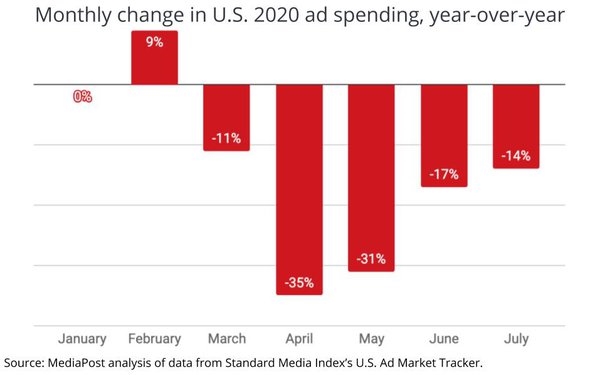 The erosion of U.S. ad spending continues to moderate, falling at its lowest rate of decline in July since the economic effects of the pandemic began manifesting earlier this year.

U.S. ad volume declined 13.9% vs. July 2019, according to the just-updated U.S. Ad Market Tracker, a collaboration of MediaPost and Standard Media Index.

The July data is yet another positive indicator that the U.S. ad recession is indeed bottoming out as many predicted in the third quarter.

It also follows the release of U.S. economic data showing that ad spending is proving more resilient than the decline in the national economy. According to an exclusive MediaPost analysis of the index data, the U.S. ad industry contracted 14.4% during the first half vs. the U.S. GDP, which fell 19%.

The resilience appears to be coming from the largest U.S. advertisers and from digital media, the latter which actually grew in July rather than declining.