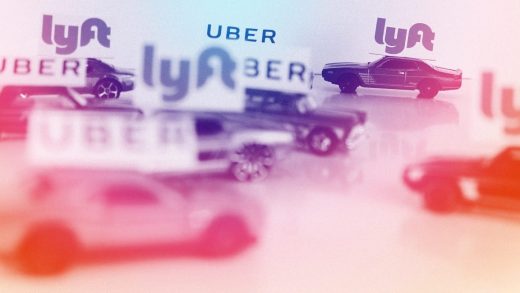 The ride-sharing world is protesting today: From Los Angeles to London to Mumbai, Uber and Lyft drivers in at least 14 countries on six continents will vent frustration over declining payments and a lack of transparency on how decisions affecting them are made. But specific goals vary by city and even individually, from those who want employee status to those who just want a better cut of fares.

Some will strike by logging off the apps, for anywhere from 2 to 24 hours, depending on the city. Others deliberately avoid the word “strike” and association with labor unions. Some will protest at Uber or Lyft offices, demanding that the companies change practices. Others will protest at city halls, urging government to force changes. Most drivers will do nothing at all, but that doesn’t mean they are content.

“For every 10 drivers there are 10 different opinions,” says Barbara Lloyd, cofounder of Chicago Rideshare Advocates, a driver group formed in June 2018. “It’s like asking a Chicagoan, What’s the best pizza joint?”

But Chicagoans are united in believing their city has the best pizza, and ride-share drivers are united in some overall concerns. “You could broadly say that pay is probably the number-one issue between everybody, and then transparency–like around, for example, the deactivation issue [in which drivers are dropped from the platform],” says Rebecca Stack-Martinez, an Uber and Lyft driver from the San Francisco group Gig Workers Rising. “So there’s a lot of stuff we all agree on. But the very end game, like how it looks through legislation and strategy . . . it could vary greatly between groups.”

L.A. kicks it off

On March 25, Stack-Martinez’s group joined peers in San Diego and Los Angeles for demonstrations that foreshadowed today’s action. In San Francisco, around 100 protested outside a meeting between Lyft and potential investors ahead of its rocky IPO. In San Diego, about 50 demonstrated at the airport. Around 300 L.A. drivers protested in front of an Uber Greenlight Hub (a driver-assistance center). L.A. organizers also called on drivers to “strike” by logging off the Uber and Lyft apps for 25 hours. The group, Rideshare Drivers United, says all of its members, about 3,000 at the time, pledged to strike–but it can’t verify how many did.

L.A. and San Diego had mobilized against a drop in Uber’s per-mile fees from roughly 80¢ to 60¢–a change San Francisco drivers had experienced months earlier. (Uber says that a simultaneous raise in per-minute fees makes the adjustment revenue neutral overall. And in response to an inquiry, it cited a March 2019 study estimating gross hourly earnings of $21.07–based on data collected from 2015 to early 2017.)

The L.A. effort was the biggest, and it catalyzed today’s protests. (Rideshare Drivers United’s home page also features a Drivers Bill of Rights spelling out demands that other organizers have cited to me.) In early April, L.A. organizers decided to do a follow-up coinciding with Uber’s initial public offering of stock, and picked May 8 for a 24-hour log off and a protest at LAX airport, before knowing that Uber would announce May 10 as the IPO date.

“I don’t think you could estimate it any closer than we did,” says Karim Bayumi, an organizer with Rideshare Drivers United (which formed in 2017 and is not connected to the Australia-based business with a similar name). “Once we decided our date, we started spreading the news, and that’s when other groups started joining.”

Chicago Rideshare Advocates was among the early supporters. The organization coalesced in summer of 2018, when Lyft instituted what drivers call “flat fee surge.” Uber and Lyft charge riders higher fares–called surge prices–during times of high demand. Initially, drivers got 75% to 80% of those fares.

When Lyft trialed a flat-fee bonus for surges (in place of a percent of the total), drivers rebelled. “The people that were on flat surge just didn’t go out driving,” says Lloyd. That forced Lyft to back off, for a while; Chicago now does have flat surge for both Uber and Lyft.

But losses have bolstered rather than discouraged activism, say organizers. “Uber and Lyft, with their rate cuts, basically handed us those drivers on a platter,” says Stack-Martinez. “They made my job much easier by pissing off their own drivers.”

In a statement to the press, Uber stated that, “Drivers are at the heart of our service–we can’t succeed without them–and thousands of people come into work at Uber every day focused on how to make their experience better, on and off the road.” (It touts “more consistent earnings,” “stronger insurance protections,” and tuition reimbursement for online courses for some drivers in some cities.)

Another development animating Chicago has been the political upheaval. Mayor Rahm Emanuel chose not to run for another term, and the incoming mayor, Lori Lightfoot, has been supportive of gig workers. Activists will press her for policies like a cap on the number of drivers and a ban on out-of-state ride-share drivers, says Lloyd. Wednesday’s demonstration will be outside city hall.

While L.A.’s action was not huge, it did garner national attention and win recruits. Bayumi estimates that Rideshare Drivers United membership has grown from about 2,500 in March to 4,200 today.

That still pales compared to New York City. Its Taxi Workers Alliance, founded in 1998, boasts 21,000 members, including 10,000 who drive for app-based services like Uber, Lyft, Via, and Juno. In the past year, it’s won a one-year cap on the number of licenses for ride-share drivers, plus a minimum wage of $17.22 per hour that survived a legal challenge by Lyft last week.

The Taxi Workers Alliance had been in touch with L.A. for a while, but had to wait on a vote by its members. “So that was why we had to wait until May 3 to make an announcement,” says executive director Bhairavi Desai. Given the short notice, she says, drivers elected to strike for just two hours, from 7 a.m. to 9 a.m. Some will also protest in Long Island City, Queens, outside the one building that houses Uber, Lyft, and the city’s regulatory body, the Taxi and Limousine Commission.

Several other American cities–big and not so big–have joined, including Atlanta; Boston; Cleveland and Dayton, Ohio; Minneapolis; Philadelphia; San Antonio; Seattle; Stamford, Connecticut; and Washington, D.C. Some cities have well-established groups. Others are just coming together, says Lloyd, recalling a conversation with an organizer in Dayton. “Go to your city hall and stand there with a couple of signs and scream real loud and take pictures and post them,” she advised. “Cause that’s how we started, with 20 people in front of city hall.”

The larger groups, like those in New York and Chicago, also have relationships with organizers in other countries. Drivers in London, which has one of the most active movements worldwide, will hold solidarity protests, as will drivers in Birmingham, Glasgow, and Nottingham. Other countries with cities taking part include Australia, Bangladesh, Brazil, Chile, Costa Rica, France, Japan, India, Kenya, Nigeria, Panama, and Uruguay.

“Drivers as a whole in the U.S. are an immigrant workforce,” says Desai, and they maintain ties with the folks back home. “Every time I’ve ever talked to [drivers after] they’ve gone back home to visit . . . they always tell me stories of the taxi drivers they talked to in their hometown,” she says.

There is no overall website for the day of action, and no comprehensive list of cities involved, although Rideshare Drivers United has a partial list of U.S. cities. There’s no centralized communication, either. Some people use Slack, some use email, some use Facebook, some call or text.

It would be quite impressive if drivers around the world had been able to centrally organize so quickly, with a movement that’s been expanding by the day or even the hour. “This is the largest that any of us have ever heard of as far as like global [outreach] and within the U.S. as far as the collaboration,” says Stack-Martinez.

Perhaps the ad-hoc connections might grow into a closer international alliance in the coming weeks or months. But there may be limits to how tightly cities and drivers can integrate. “Each city is run by its own organization or group of drivers, and each one has its own kind of demands,” says Stack-Martinez.

But publicity might grow membership in the diverse groups out there, and perhaps spur more to form. Organizers in various cities claim to have much more support than the small sampling of drivers who come out to protest or log off. “You don’t have to convince them of anything,” says Karim Bayumi. “Pretty much all it takes for a driver is to find out that there is a group of drivers who are trying to do the same thing that they want to do.” 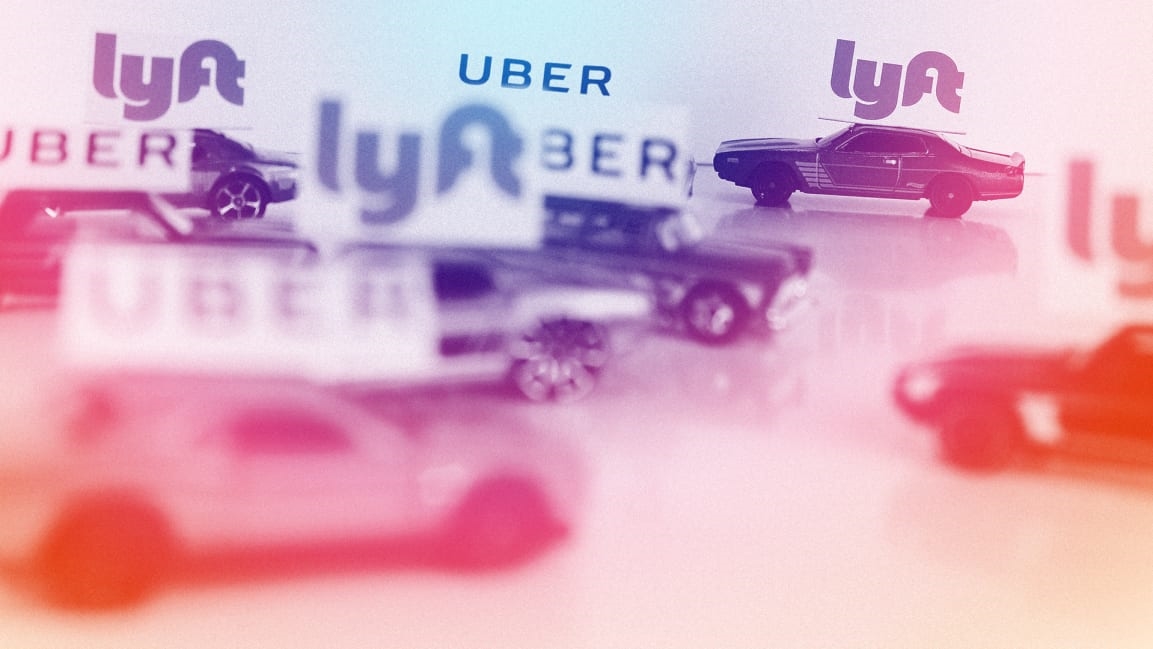