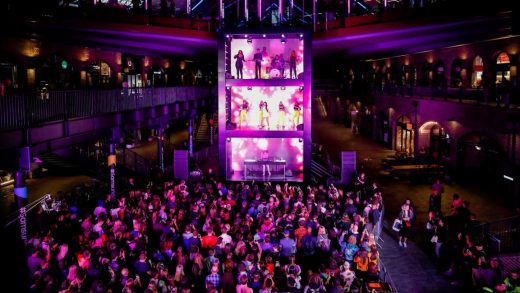 No matter what kind of music it is, the concert experience has always had its staples. You’ve got the people up front singing every lyric. You get a little audience-artist call and response. You’ve got those joy-crying as their emotions get the best of them. And those yarfing in the back corner after being overserved.

Over the past decade, another universal occurrence has emerged: holding up cellphones where once fans held up lighters.

Whether you’re pro or con on the practice, what’s clear is that most concert stages don’t fit perfectly into the frame of most cellphones. Earlier this week, Samsung experimented with remedying that situation by building a stage especially optimized to look good in vertical video. The band was on one level. The dancers were on another. And UK pop star Mabel was on yet another.

The concert was part of Samsung’s grand opening of its new King’s Cross store and “experience” in London. About 2,000 people were at the show, watching it happen on a stage that stood almost 30-feet high. Samsung worked with the agency Iris on the concert concept, which came out of research that’s found 94% of smartphone users are now engaging with their devices vertically, and 79% find vertical videos the most interesting.

Scotland says that this was a one-off experiment but has zero doubt vertical behavior will continue to influence creativity in entertainment, and more brands should be using their platform to break new ground in this way.

“It’s just cool for a brand to be messing with conventions in an area they’re definitely a stakeholder in,” he says. “This isn’t a Black Mirror vision of the near future, just a reflection of the creative possibilities ‘vertical’ presents, especially if you use tech and run with human behavior rather than try to amend it.”

Looking forward to when someone makes a perfectly square stage for Instagram Stories. 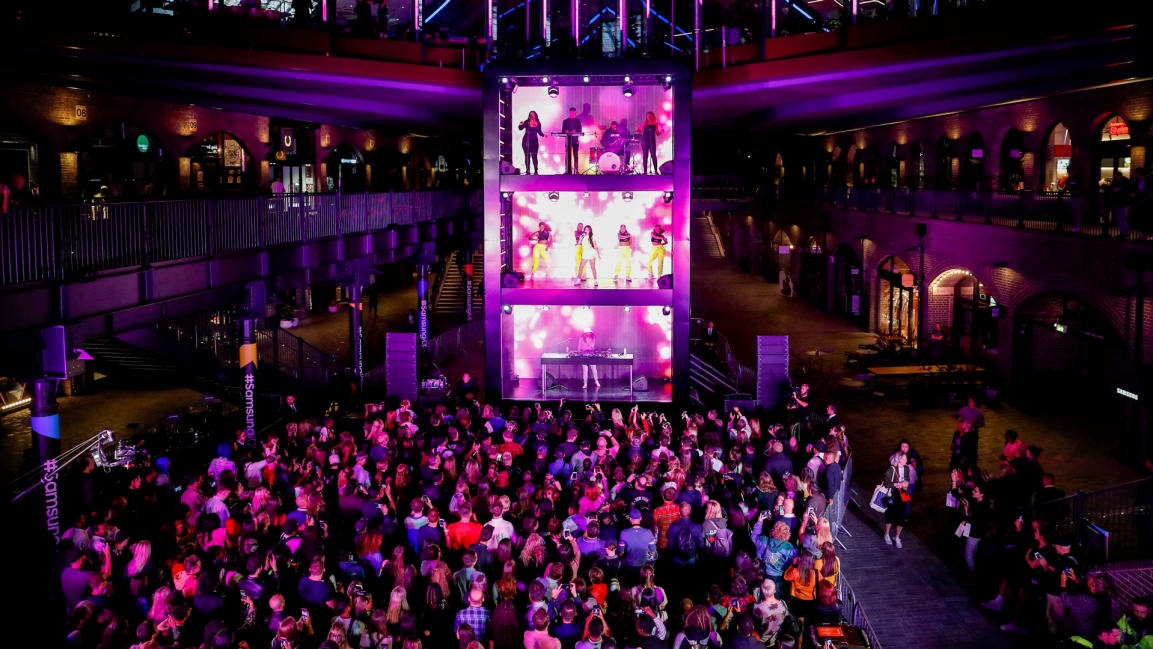