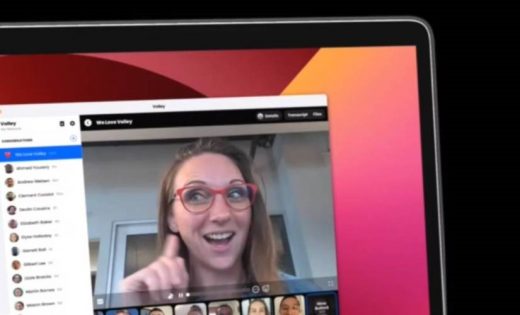 Volley is Putting the Unity Back in Community.

Volley is Putting the Unity Back in Community. 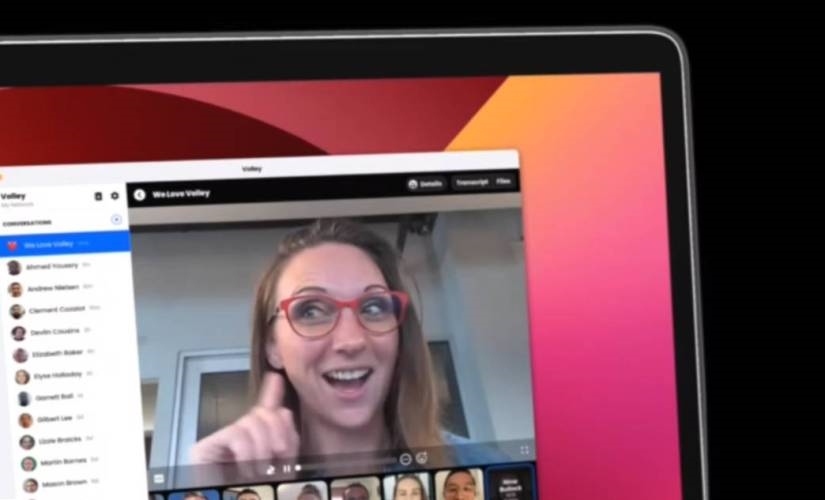 Brad Anderson / 29 Mar 2022
Founded in 2020, Volley’s original vision was to improve remote team communication using asynchronous video messaging. The company pitches its tech as flexible face-to-face conversations, organized into channels, DMs, and spaces. Volley touts the benefits of async video over other forms of communication, such as text-based messaging or synchronous Zoom calls. “Volley gives you the flexibility of texting with the richness of talking face-to-face,” says Josh Little, co-founder and CEO of Volley. While these benefits are attractive to remote workers, others are coming to the platform to take advantage of Volley’s approach to async conversations.
The practical benefits of video-first communication are obvious. We can talk much faster than we can type, with tone of voice and facial expressions accounting for a large portion of what’s actually being communicated. But aside from the clarity that comes from being on camera, Volley has discovered additional benefits that several industries are starting to show interest in. “Volley fosters better relationships, not just more flexible communication,” says Joe Wilson, co-founder and head of product. “This is why we’re seeing a new and exciting audience coming to the app.” While Volley’s initial focus was on remote teams, they’re now seeing fast adoption among creators, coaches, and community managers – all using the app as a way to share valuable knowledge while also building more authentic relationships at scale.
Tim Schmoyer, prominent certified YouTube consultant responsible for 18 billion views, started using Volley in late 2021 for group coaching and discussion around one of his online courses and quickly found that he was able to serve people better in less time. “In our group coaching sessions, we were meeting weekly through Zoom for 8 weeks at a time. We encountered problems with time zones and calendar conflicts. Finding a time that worked well for everyone was nearly impossible,” says Tim. “Our meetings would last 90 mins and we could only effectively handle 20 clients meeting at a time.” Tim’s results speak for themselves. “Now, we can handle around 100 clients per strategist–a 5x increase in capacity! And it actually feels like less work for our strategists.”
Not only did it increase his team’s capacity to help more clients, but those clients reported higher levels of satisfaction. “Clients are more satisfied. They no longer have to rearrange their schedule to sit for 90 mins and listen to others dominate the conversation. Instead, clients have direct contact with strategists, get their questions answered and they do not have to compete for time. Plus, calendar and time zone issues are a thing of the past.”
Tim also cites the more human benefits of video-first communication. “Utilizing the video aspect and hearing voice inflection, etc has allowed us to answer questions and explain processes so much better while establishing a human connection. People feel seen and heard and are understanding what we are explaining so much better. Thanks to Volley, we are serving at a higher level with less time required. People have decided to continue on with our programs because of Volley.” Tim and his team have now run several successful coaching programs with Volley. Tim also frequently participates in a large community on Volley that lets video creators share knowledge and tips with one another.
Learn more about Tim’s experience here:
With a new focus on creators, coaches, and communities, Volley has found a sticky crowd. Some communities are seeing a 98% retention rate amongst members, with some users spending over 10 hours per week on the platform. Volley’s user base is expanding quickly with an impressive growth rate of 9% week-over-week. Much of this activity and growth can be attributed to new behaviors and group dynamics this new audience is bringing to the product. Volley supports direct messaging and group messaging, but they’re seeing lots of positive behavior in larger group conversations called channels. Channels inside of new community spaces are driving much of the new growth and engagement.
In recent weeks the Volley team has shipped many features intended to help larger groups communicate more effectively. For example, they recently introduced threading, which makes it possible for a smaller subset of a group to continue discussing a topic while the rest of the group moves on. They’re also focusing on additional administrative controls so community managers can create better experiences in Volley.
Helping them define and build these features are Volley users themselves. “We have a handful of very active spaces in Volley where users can give product feedback and report any issues they see. We’re literally talking to users everyday, which is an amazing thing for a product-led company. It’s unbelievable how helpful the Volley community has been in helping us grow and improve the app,” says Joe Wilson. “We have spaces with 100s of members, discussing various issues and sharing ideas at their own pace. It’s like they’ve all been granted conversational super powers.”
Volley is quickly growing a passionate user base of devoted champions of this new communication format.  “The limits of connection and communication only exist in our minds,” says Andres Nunez, a startup founder and avid Volley. Chris Baird, a successful business coach says, “It’s the fastest way to a true connection.” Volley is pioneering a new and more flexible way to authentically engage face-to-face with your clients, students and fans and the results seem to prove it. “You just can’t unsee it,” says Josh Little.
Volley is available for free on iOS, Android, Mac, and PC at volleyapp.com.

The post Volley is Putting the Unity Back in Community. appeared first on ReadWrite.