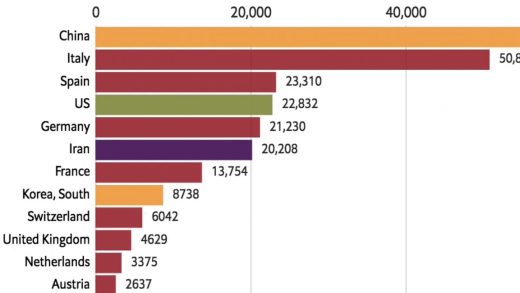 Watch how quickly the coronavirus has spread across the globe, country by country

The Economist Group’s Intelligence Unit published a slick graphic showing how confirmed cases of COVID-19 have stacked up by country over time:

Covid-19 daily pandemic tracker: Watch how the 15 worst-affected countries change over the life of the outbreak: https://t.co/nArJtmsmLn pic.twitter.com/ZxGhzjVZdF

It’s a compelling, if not terrifying watch. Tracking begins on January 22, with a total of 555 coronavirus cases worldwide, and continues up to March 26, when 529,591 people had been infected.

What’s notable is how exponential the pandemic’s growth has been in the last three weeks.

The epidemic was growing almost exclusively in China until mid-February: On February 13, China had amassed 59,895 cases—and this is before the country broadened its definition of the disease—while other countries included in the graphic each had less than 100 cases.

But once the disease started spreading—first to South Korea, then Italy and Iran, and then to the United States—cases exploded at an exponential rate. On March 5, China had 80,537 confirmed cases; South Korea had 6,088, Italy had 3,858, and the U.S. had 217.

By and large, this jibes with what we know of how countries have handled their outbreaks. After the outbreak originated in Wuhan in December, China barred all citizens from crossing into or out of the city on January 23—at the apex of Lunar New Year travel—which may explain why China’s growth rate was relatively constant from late January to mid-February. On February 2, China kicked it up a notch with a variety of draconian tactics within Wuhan itself, including turning hotels and schools into quarantine centers and shipping people off in human-sized safe boxes. By late February, China’s growth rate had nearly flatlined.

While China’s harsh measures were criticized, the U.S. has been criticized for its slow, lackluster response to the pandemic. It took President Trump weeks to acknowledge the coronavirus as a serious threat, and then a baffling blunder by the Centers for Disease Control and Prevention left states in dire shortage of test kits. Experts suspect the country’s reluctance to lock down major cities has contributed to the virus’s growth, as it may have in Italy as well.

What’s clear in any case is that this trend does not look good! Watch the EIU’s whole animation here. 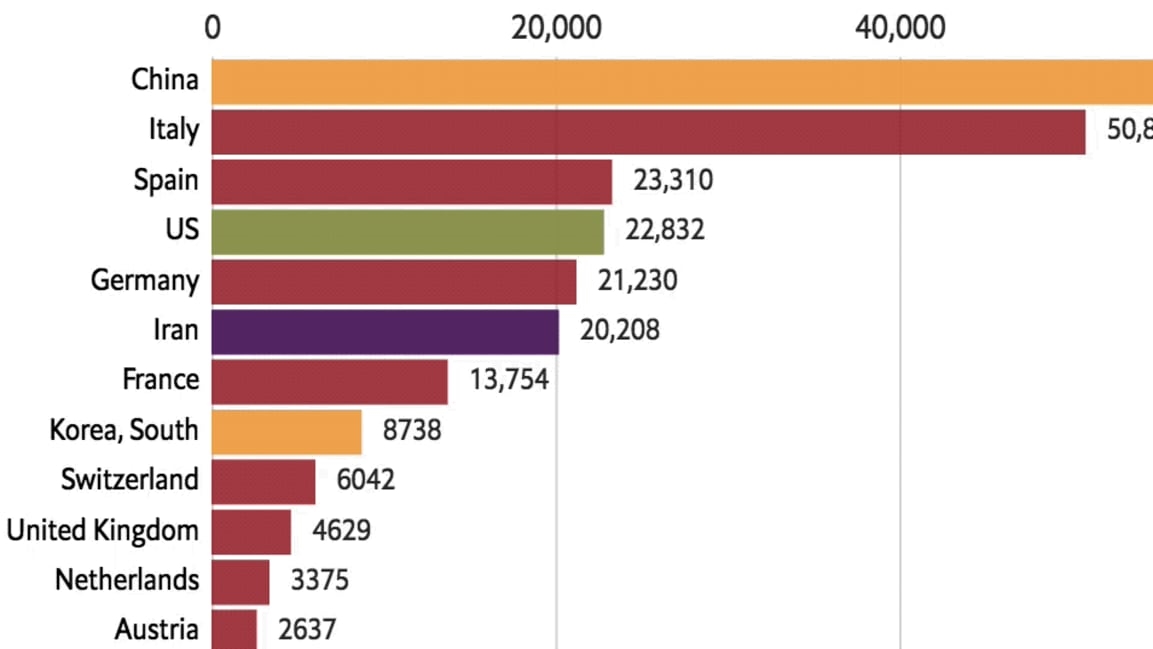