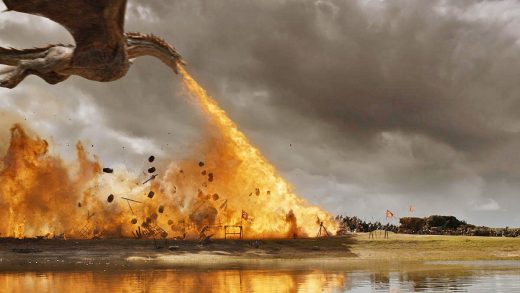 Watch the most impressive ‘Game of Thrones’ VFX reel yet

Warning: Spoilers ahoy. This week’s Game of Thrones episode wasn’t dampened by hacking or leaks, mainly because the “Loot Train” battle was so spectacular. The producers have posted a new YouTube breakdown (below) showing how the VFX and stunt team used everything they’ve learned so far to pull it off. On top of the CGI, there are acrobatic horse stunts, multiple people on fire, and most of all, those fire-breathing dragon scenes. “It’s like a time travel movie — what if somebody had an F-16 that they brought to a medieval battle?” said executive producer D.B. Weiss.

The show uses CGI to bring its fire-breathing lizards to life, of course, since 747-sized dragon props are hard to come by. While shots from several years ago were serviceable, the CGI has clearly improved with more realistic dragon texturing, rippling “manes” and less hokey shots of actress Emilia Clarke aboard “Drogon.” To get the latter, the team developed a full rig for Clarke to ride that moved perfectly in time with the motion of her fire-breathing steed.

To add realism to the digital creations, the team also did a lot of practical work on set with special flying cameras, pyrotechnics and fire — lots of fire. In one spectacular Drogon destruction POV scene, they used a cable-camera rig mounted on two tall cranes to capture the pyrotechnic effects. “We had to have the ‘spider-cam’ camera fly in real time and in perfect sync with a hundred feet of ground explosions that are huge,” said VFX supervisor Joe Bauer.

For the piece de resistance, the team set no less than 20 stuntmen on fire, the most ever in a single TV shot. “The difficulty with 20 people is that you ramp up the safety aspect of it, because there are more people in harm’s way and more that can go wrong,” said Producer Chris Newman.

It’s just about as impressive to watch the scene as the real-life execution. The stunt coordinator does a countdown from 12 after the explosion, then yells “Out! Out! Out!” At that point, technicians armed with fire extinguishers swarm in to make sure everyone is safe. 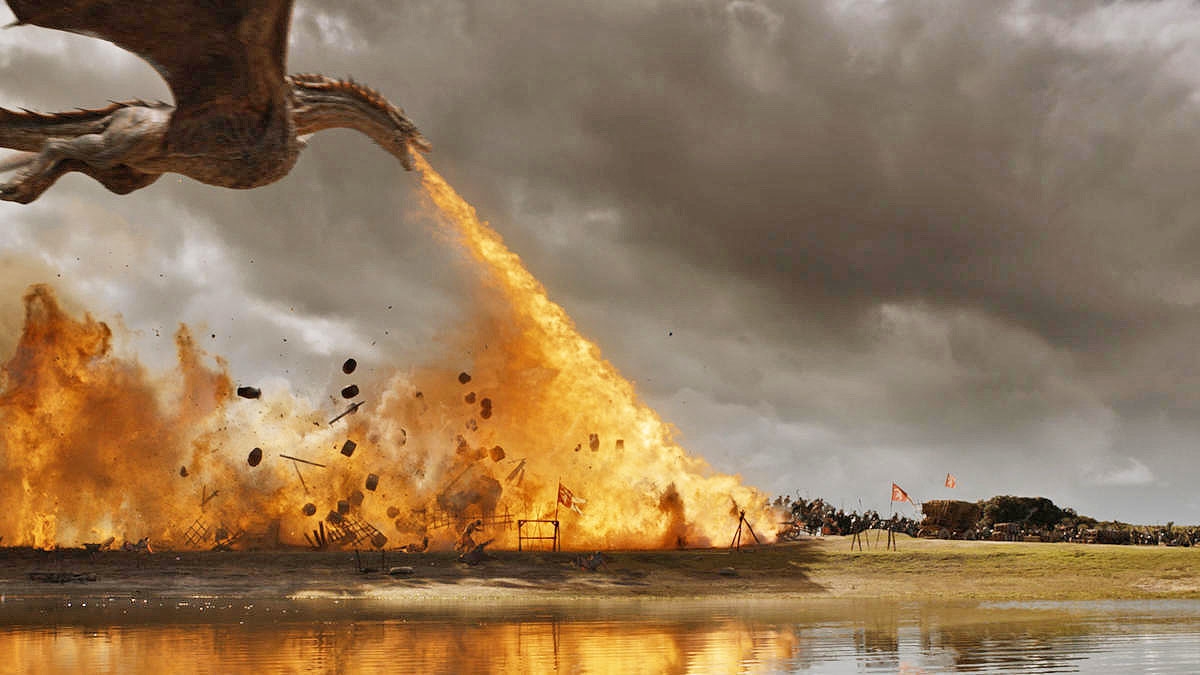