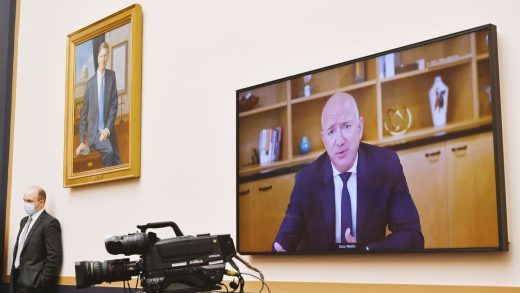 It’s hard to say if anything productive will come out of today’s congressional hearing on big tech companies and their marketplace dominance, but if there is even a sliver of societal value in watching the world’s richest man squirm, then you can’t say it was all for nothing.

At the antitrust hearing on Capitol Hill this afternoon, Jeff Bezos faced some tough questions from lawmakers, particularly Democratic representatives Lucy McBath of Georgia and David Cicilline of Rhode Island, both of whom forced the Amazon CEO to listen to personal stories from small-business owners who say they were unceremoniously crushed under the weight of Amazon’s enormous sellers’ platform.

In one example, Cicilline recounts the story of a seller who made a good living on Amazon’s platform until the company allegedly started selling a copycat version of its top product at a lower cost. The story echoed what is a common complaint among sellers: that Amazon’s marketplace is too big to ignore, and even its competitors have to operate within its ecosphere.

“We called it Amazon heroin,” Cicilline quotes the seller as having said. “Amazon strings you along for a while, because it feels so good to get that paycheck every week.”

Perhaps the most emotional moment came from McBath, who played a clip from a bookseller who claimed to be delisted from Amazon and unable to get the company to respond to queries. “Mr. Bezos, I’m going to close by giving the bookseller the opportunity to finally be heard by you,” McBath said before playing the clip.

“That is not how we operate the business”

Throughout, Bezos was deferential to the lawmakers but firm in his assertion that isolated anecdotes do not paint a full picture of Amazon’s relationship with sellers. “I do not accept the premise of your question,” he said multiple times. “That’s not how we operate the business.”

The exchanges were more noteworthy for their style than substance. Bezos has never appeared in front of Congress before, and seeing him in the hot seat feels like a rare moment of public accountability for an otherwise untouchable titan, even one who will be considerably wealthier before the day is through. Just in case you were wondering: While Bezos was squirming, Amazon shares rose more than 1%. 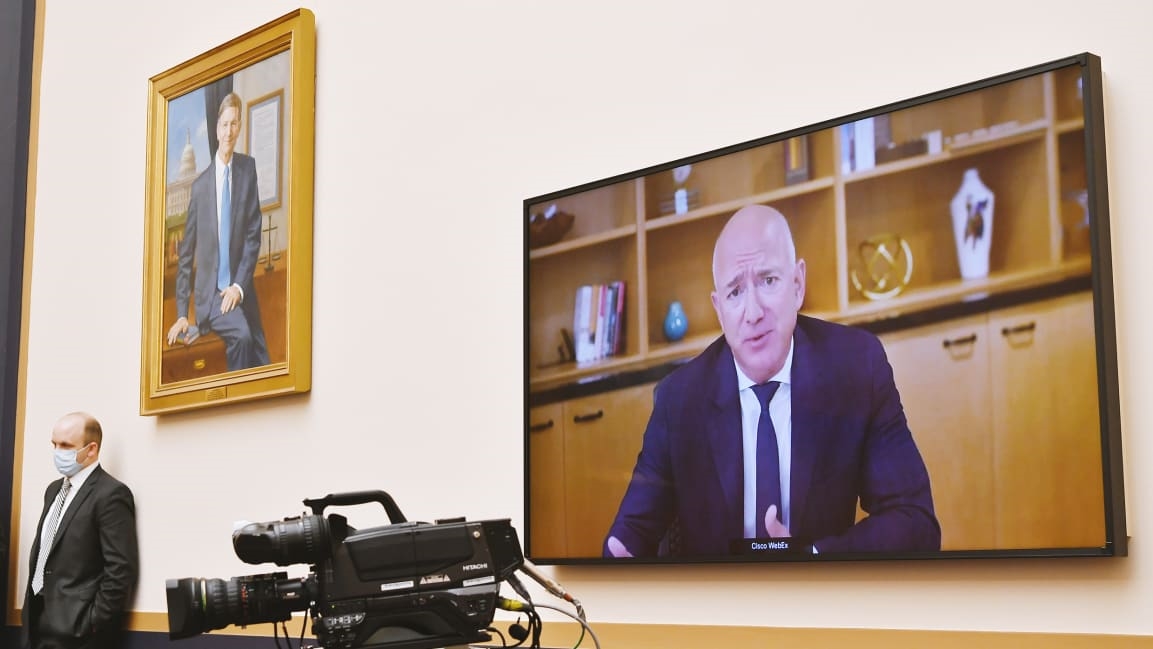