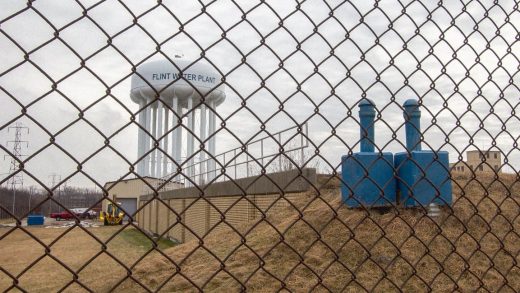 We just secured a $600 million settlement for Flint. Now comes the hard part.

This year has exposed the failures of systems that are supposed to protect and provide for us, from the inequalities of our healthcare system to the systemic racism of our criminal justice system. For our most vulnerable communities—especially communities of color—this is nothing new. They have long borne the consequences of these failures and injustices. Tragically, it often is children who pay the highest price.

Six years ago, the city started drawing water from the Flint River but didn’t make necessary upgrades to its treatment system to prevent lead contamination from the pipes. With no warning of the danger, children and families drank the water. They cooked, bathed, and made baby formula with it.

Children are the most vulnerable to lead poisoning, which can lead to cognitive deficits. A lead-poisoned child is less likely to graduate from high school and college, more likely to be held back at least one grade in school, more likely to suffer from depression and develop issues with anger, and ultimately less likely to find and keep a job. In Flint, many families were impacted by the water crisis, but it was the children who suffered the most and will be forever changed by their government’s failure to keep them safe.

That’s why the $600 million settlement we announced on August 20 for those affected by the water crisis marks an unprecedented moment of justice for the people and most especially the children of Flint.

I was in the room during each negotiation session of this settlement. I not only wanted monetary compensation for my clients, I wanted that compensation to be made available based on the individual harm done to the children of Flint. It was a long, complicated process, but it worked, and renewed my faith in our collective ability to create lasting solutions that can tackle wicked problems and find effective, tailored solutions for our communities.

When we signed the agreement, it was the result of Michigan Governor Gretchen Whitmer, a Democrat, coming together with the state’s Republican legislative majority. What Governor Whitmer and the Republican Legislature accomplished was a bipartisan, kids-first, do-the-right-thing moment that we rarely see in politics. And by embracing the kids in Flint, they were embracing kids everywhere. It was honorable. It was compassionate. And it was historic. It was also a way forward.

The settlement was designed to intentionally prioritize restitution for the children who were robbed of a healthy life because of the water they were forced to drink. Upon court approval, roughly 80 percent of the settlement funds will go to children who were under eighteen years old at the time of the crisis, and roughly 65 percent will go to children who were six years old and younger. Because not every child was harmed the same way, the settlement will honor children by assessing their injuries on an individual, case-by-case basis rather than treating all children the same by way of a class action. Any child or family harmed by the water crisis can apply to receive funds.

At a bare minimum, the settlement for each child should offset some of the earnings they may have lost as a result of cognitive deficits caused by the lead exposure. For those able to attend college, affording a postgraduate education will be less of a struggle. And because people in Flint generally stay in Flint, this money will likely be reinvested in the community.

It’s crucial that we never forget it was a failure of government that helped cause the Flint Water Crisis in the first place.

But this settlement is not enough. Flint is a city that has suffered more tragedy in the past half decade than any city in America should suffer in a generation. In addition to the water crisis, Flint’s average household income is less than half of the national average, with over a third of its population living below the poverty line. And that was before COVID-19 hit.

In order for Flint to recover from six years of contaminated water, six months of a deadly pandemic, and a generation of being hollowed out by globalization and bad policy-making, this settlement needs to be accompanied by more than the money it will provide to the victims of this tragedy. Flint, and frankly citizens in every American town and city, needs leaders who care for all of them. We need leaders who want to be held accountable. And we need politicians who prioritize public health and environmental justice.

In 2019, I remember being heartened by Flint’s ability to persevere in the face of extreme adversity. Despite the incompetence of the response, even in spite of it, Flint was rebuilding. New shops were opening downtown, a $38 million Hilton Garden Inn was set to open. Startups were popping up. The city and its people are resilient. Just as we’ve watched people band together in their communities as COVID has taken lives and livelihoods across the country, Flint came together and found a way through. But just as the people of Flint found a way forward, the government that represents them needs to find the same sense of purpose and can-do spirit.

It’s crucial that we never forget it was a failure of government that helped cause the Flint Water Crisis in the first place, and similar tragedies continue to play out all across the country. The federal government has failed all of us in its response to the pandemic.

But in Flint, Michigan, there is hope for what happens when a government does right by its citizens and its children. Because Michigan’s leaders put aside politics, ego, and self-interest, and tackled an issue with the next generation in mind, every child that suffered through the Flint Water Crisis will have more opportunities to succeed and the city will be stronger for it. We can and we should learn from this moment as we manage the current and future crises. We should hold our leaders accountable, and we should push them to do more, and then do some more. Don’t stop with this settlement; help fight for the people in Flint who have never stopped fighting for their community. For the sake of our kids, we can’t afford not to.

Corey Stern is a New York based attorney who represents 2600 children in Flint. He was appointed Lead Counsel for Plaintiffs in Flint on November 16, 2016.