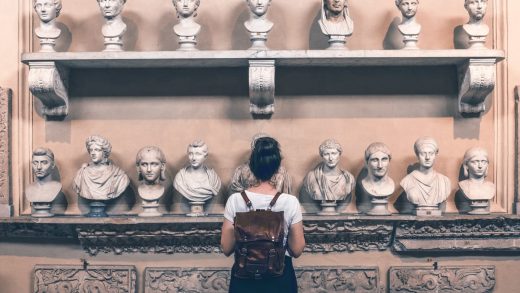 What really defines wisdom in the workplace

In 2010, my colleagues and I at the Drucker Institute had the great fortune of receiving an afternoon of consulting from A.G. Lafley, who had just retired as the CEO of consumer products giant Procter & Gamble.

What I remember most about that day was the way that Lafley listened for less than half an hour about the state of the organization before winnowing our strategic choices to a handful of viable options—the very same list that our team had spent a good chunk of the year putting together.

“My god, how did you do that?” I asked Lafley, genuinely dumbfounded. “You figured all of that out in a matter of minutes. It took us months.”

“It’s pattern recognition,” he replied, explaining how he had instantly analogized from myriad situations he had encountered during his three decades at P&G.

Lafley’s words came flooding back when I read an early copy of Wisdom@Work: The Making of a Modern Elder, the latest book from Chip Conley, the founder of boutique hotel operator Joie de Vivre. It’s due out next week.

“If there’s one quality I believe defines wisdom in the workplace more than any other,” Conley writes, “it is the capacity for holistic or systems thinking that allows one to get the ‘gist’ of something by synthesizing a wide variety of information quickly. Part of this is aided by the skill of pattern recognition that helps you to come to hunches faster that account for the bigger picture. And this is where age gives us the indisputable upper hand: The longer you’ve been on this planet, the more patterns you’ve seen and can recognize.”

Part memoir, part self-improvement manual, part lessons in leadership, Wisdom@Work provides an incisive take on a powerful demographic trend: Since 1996, the portion of those 55 and older in the U.S. labor force has soared from about 12% to more than 22%. By 2025, Conley notes, three times as many Americans 65 and older will be employed in the United States than 30 years earlier.

Much of the book functions as a guide for older individuals who hope to make the most of their later years (if not later decades, given how some scientists believe that life expectancy is headed to 100—or beyond). Conley calls on these baby boomers and septuagenarians from the silent generation to reclaim the pejorative “elderly” by serving confidently as “elders” who collaborate closely on the job with generations X, Y, and Z.

Both parties, he stresses, stand to be rewarded handsomely. Younger employees will benefit from the sagacity of their older colleagues. Older employees will gain a much-needed sense of being needed, as well as become exposed to all kinds of wonderful new ideas by their younger co-workers.

“Being a Modern Elder is all about reciprocity,” Conley counsels. “Giving and receiving. Teaching and learning. Speaking and listening.”

None of this is bound to come easily. Even though Americans are working longer and longer (due to a combination of improving health and insufficient retirement savings), most of the hottest tech companies are run by a much younger cohort. “Sixty may be the new 40 physically,” Conley writes, “but when it comes to power, 30 is the new 50!”

What makes Wisdom@Work compelling is that it doesn’t portray the graying of the workforce as a challenge to be reckoned with; rather, it is a “golden opportunity,” as Conley puts it, that should be thoroughly embraced.

Conley asserts that any number of Silicon Valley firms, with all of their bravado, would be especially smart to grab on. “There’s no question the media has created a mythic ideal of the youthful, hoodie-wearing genius leading the march of progress to a glorious digitally utopian future,” he writes. “But are these renegades supposed to be doing this alone? Can they? If the fate of Travis Kalanick, former CEO at Uber ousted by his board after a series of very naïve leadership mistakes, is any lesson, maybe there’s a symbiotic relationship that can exist between the digital natives and their elders.”

This isn’t about having a grown-up in the room. In fact, Conley hates the notion of “adult supervision” of young executives, decrying the “generational name-calling” that can cut both ways.

True “modern elders,” he says, aren’t babysitters. They bring consistently good judgment; insight that is authentic (and not merely an effort to showboat or prove themselves as might have been the case at an earlier stage in their lives); high emotional intelligence (an increasingly crucial trait as businesses rely more on artificial intelligence); a commitment to stewardship; and—at a time of mounting volatility, uncertainty, complexity, and ambiguity—an ability to connect the dots and see things more clearly, including the dangers ahead.

“When a company grows as quickly as many of the Valley’s unicorns have, you scale the business much faster than you do your people and processes,” Conley observes, adding that it makes extra good sense under such circumstances “to have an experienced leader on the team who can anticipate the icebergs on the horizon.”

Conley, who is 57, stepped into such a role at home-sharing company Airbnb in 2013, when he signed on as full-time head of global hospitality and strategy—a change in direction that prompted him to write Wisdom@Work.

A few years before, he had sold his majority stake in Joie de Vivre and was looking to start a new chapter. And so, when Airbnb CEO Brian Chesky reached out, Conley was intrigued—and more than a little anxious. After all, Conley had never worked at a tech company before. He even had to ask a millennial friend exactly what Airbnb did.

“Let’s face it, I didn’t read or write code,” he recounts. “I was nearly twice the age of the average Airbnb employee and, after two dozen years running my own company, I’d be reporting to a smart guy who was 21 years my junior.”

But Conley’s knack for discerning patterns and foreseeing what may be lurking around the corner made a big impression. “It’s like he has some magic crystal ball that I don’t have yet,” says Cammy Houser, 34, who manages an Airbnb program in which hotels are encouraged to list their own rooms on the platform.

When her program launched in 2017, Houser’s instinct was to be as aggressive as possible in rolling it out. But Conley realized that there would be “quite a bit of backlash” from hoteliers, who felt threatened by Airbnb. It would be better, he suggested, if Houser and her team assumed an attitude of total humility.

Although they were still greeted with distrust by some, as Conley warned, the softer approach has won over more and more of the industry, and today tens of thousands of hotel rooms are advertised on Airbnb. “Chip helped me look far wiser than I would have,” Houser says.

For his part, Conley told me that his pattern-spotting also has come in handy when Airbnb has evaluated whether to hire certain senior-level talent. One executive seemed great until Conley threw him a curve ball during the interview by asking, “What’s the No. 1 way you’re misperceived in the workplace?” The candidate rambled for the next 20 minutes.

“If I were younger, I might have cut them off,” Conley says. “But I let them go on to see how it would play out.” Amid the ceaseless blah-blah-blah, this person missed cues to engage in an honest dialogue, betraying a good amount of insecurity. “At the end of the day, they needed to be in control,” Conley says. “That was their tragic flaw.” Airbnb didn’t offer the position.

Conley, who is currently a part-time advisor to Airbnb, points in his book to other companies that seem to show they understand the value of older workers not only by adopting age-friendly policies and practices (like phased retirement) but also by establishing formal avenues for cross-generational knowledge sharing (such as mentoring and reverse-mentoring). Among them: Mastercard, Box, Intel, and Pitney Bowes.

Another terrific model is used by Bosch, the technology conglomerate. Some 1,700 of its retirees around the world—700 in the United States—continue to act as paid consultants to the company through a heavily-marketed internal service. Maximiliane Straub, the chief financial officer and executive vice president of Bosch’s North American operations, often taps this group, including several years ago when she used it to get a new factory in Mexico up and going.

Seasoned executives assisted with the overall project management, while those who’d spent long careers on the plant floor made the equipment purr. “They knew where there would be problem areas” and fended them off, she says. “We didn’t have any hiccups.”

Yet, despite all of the advantages, these are the exceptions. Most companies marginalize older workers, viewing them as costly and burdensome—even though a large body of scholarly research indicates that they’re anything but.

Conley, who brands age discrimination “an ugly fact in today’s jobs marketplace,” cites a PwC study that found two-thirds of global companies have a formal diversity and inclusion strategy. But much of that is focused on gender and race; only 8% of them include age in the mix.

“We have a lot of work to do,” says Jim Firman, president of the National Council on Aging. “Ageism is the last acceptable ‘ism’ in the workplace.”

As Conley lays out so convincingly, the sooner that American business recognizes this particular pattern—and breaks it—the better off we’ll all be. 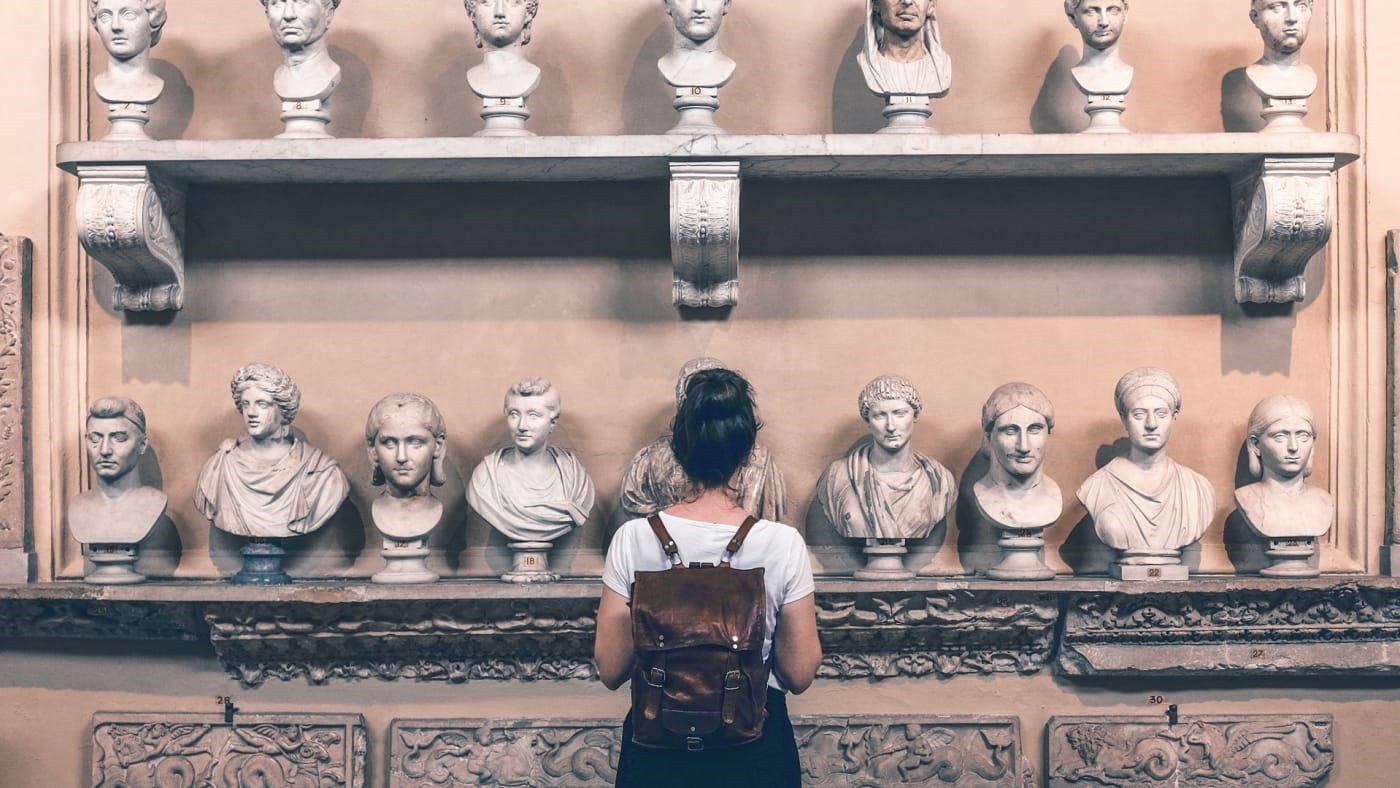