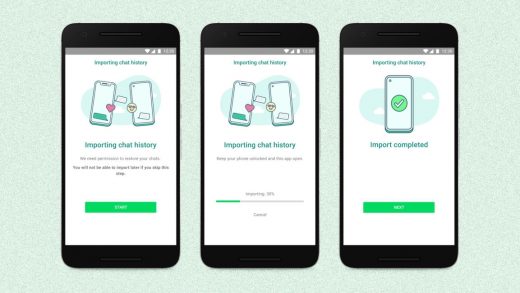 While you won’t be able to use iMessage if you switch from an iPhone to Android, at least you’ll get to take your WhatsApp chat history with you.

The Facebook-owned messaging app just announced a way to transfer your full WhatsApp history between iOS and Android, including conversations, photos, and voice notes. The feature is launching first on Samsung phones, starting with the company’s latest foldables, to help with moving away from iPhone. Transfers to other Android phones are coming in the weeks ahead, followed by the ability to move from Android to iOS.

Transferring chat history across devices is trivial for services that store messages in the cloud, like Slack or Google Chat, but it’s trickier for a service like WhatsApp, where messages are end-to-end encrypted. WhatsApp itself doesn’t have access to your messages, so it can’t simply let you download them from anywhere by signing into an account. Instead, it has to transfer messages directly between your new and old device.

To accomplish this, WhatsApp will be tapping into the migration tool that Samsung offers on its phones, and that Google offers on Android as a whole. For users who choose to export their data from iOS, WhatsApp will show a transfer prompt when users open the app for the first time.

WhatsApp’s encryption also explains why you can’t run the app on two devices at the same time, and why WhatsApp’s web version requires pairing your phone with a bar code. WhatsApp has only recently started testing proper multi-device support in a way that doesn’t break end-to-end encryption.

The tie-in with Samsung will presumably be pitched as a way to make switching from an iPhone easier, though it won’t be of much help if you’re pining for iMessage on Android instead.

This story has been updated with additional details on the transfer process. 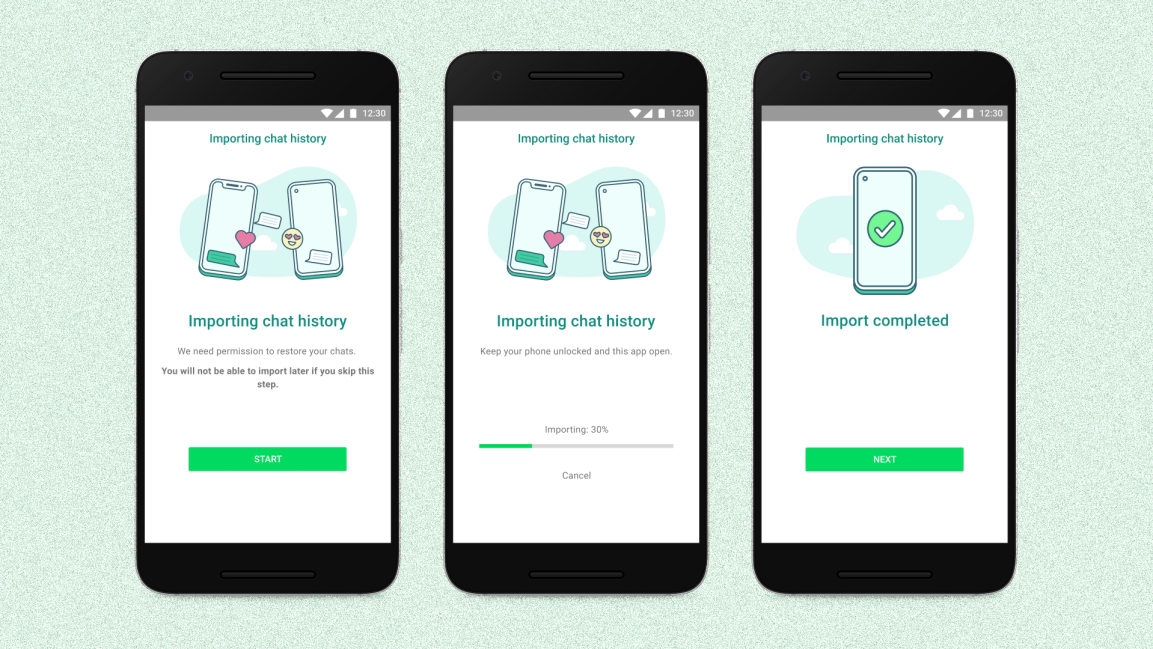