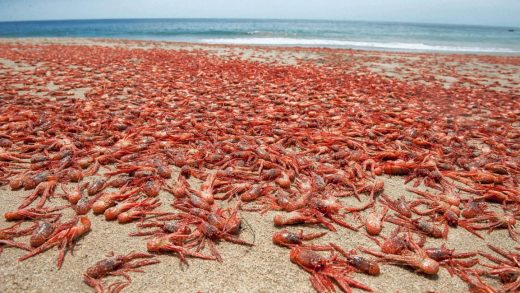 By Erica Nielsen and Sam Walkes

Land–based heatwaves have a less obvious though equally important sibling: marine heatwaves. In 2013, the largest marine heatwave on record began when an unusually warm mass of water formed in the Gulf of Alaska. By the next summer, the warm water spread south, raising average water temperatures along the United States west coast by 3.6 to 7.2 degrees Fahrenheit (2-4 Celsius). In 2015, a strong El Niño event strengthened the marine heatwave further.

And so “the Blob,” as oceanographers have dubbed this huge body of warm water, was born.

Interestingly, a number of species moved northward to places along the west coast of the U.S. where the water had previously been too cold for them.

We are a marine evolutionary biologist and a marine ecologist, and are currently studying these recent arrivals to the northern California coast. Through our work, we hope to understand what has allowed species to not only move with the Blob, but persist after the water cooled.

The Blob changed weather as well as ocean currents, led to the deaths of thousands of marine mammals and birds, and caused harmful algal blooms. Animals also moved during the years of warm water with the Blob. Species that usually live in more southern, warmer waters expanded their ranges into northern California and Oregon.

Pelagic red crabs, usually found off the Baja California peninsula, washed up by the hundreds on beaches north of San Francisco. Keen naturalists were surprised to find that populations of bright green sunburst anenomes, giant owl limpets and pink volcano barnacles had in some places increased by the hundreds. Ecologists even discovered a new population of angular unicorn snails over 150 miles north of their original range edge.

The Blob was not destined to last forever. It eventually faded away and water temperatures returned to normal.

Many species that arrived with the Blob didn’t stay within the colder northern waters once the heatwave passed. For example, open water species like the common dolphin followed the warm waters north, then migrated back southward once waters cooled. But many coastal species are sessile—meaning they are stuck to rocks for all their adult lives. But these species are not attached to rocks when they are young. During the early larval stages, they ride ocean currents and can travel dozens of miles to find new coastlines to live on.

The Blob’s warm waters and shifting currents allowed the larvae of many species to move far past their northern boundaries while remaining in their environmental comfort zone. However, when the marine heatwave ended, the real survival test began.

Our team has been tracking these northern coastal populations to see which species have persisted post-Blob. Each year our team returns to the cold, wave-pounded northern California shores to monitor existing populations and look for new recruits—young individuals that survived their larval stage and successfully settled on rocks.

Every year we are excited to find new barnacle, snail and slug recruits. Of the 37 coastal species our team has been tracking, at least five have maintained small but stable northern populations after the warm waters of the Blob disappeared.

Who goes from northern tourist to local?

In addition to monitoring populations, our team is also gathering ecological and evolutionary information about these species. The giant owl limpet is one of the species that has persisted, and we want to identify what traits helped them survive after the Blob ended.

In general, traits that help a species settle in a new environment include the ability to grow and reproduce faster, choose suitable habitats, defend territories or have more offspring. To test some of these ideas, our team is conducting ecological experiments along the California coast, and we are annually recording growth for more than 2,500 individual limpets. We are also experimentally pitting juvenile owl limpets against larger adults and other competing limpet species. We hope that this work will reveal whether the new limpets on the block can grow rapidly while competing with others.

But the ecology is only half of the range expansion story. In tandem with the ecological experiments, our lab is sequencing owl limpet genomes to identify genes that potentially code for traits like faster growth or competitive prowess. It’s possible to figure out on a genetic level what is allowing certain species to survive.

Considering the effects of ongoing climate change, it is good news that species can move to track their preferred climate. It’s important to note that while species that move due to climate change are not invasive, these shifts can change existing ecosystems. For example, the Hilton’s nudibranch, a predatory sea slug, expanded northward during the Blob, which led to a decline in local nudibranchs.

Research shows that marine heatwaves are becoming more common thanks to climate change. By understanding the ecological and evolutionary attributes that allowed some species to endure and even thrive during and after the Blob, we may be able to predict what will allow species to expand further during future marine heatwaves.

The Blob 2.0 is coming; what changes will it bring? 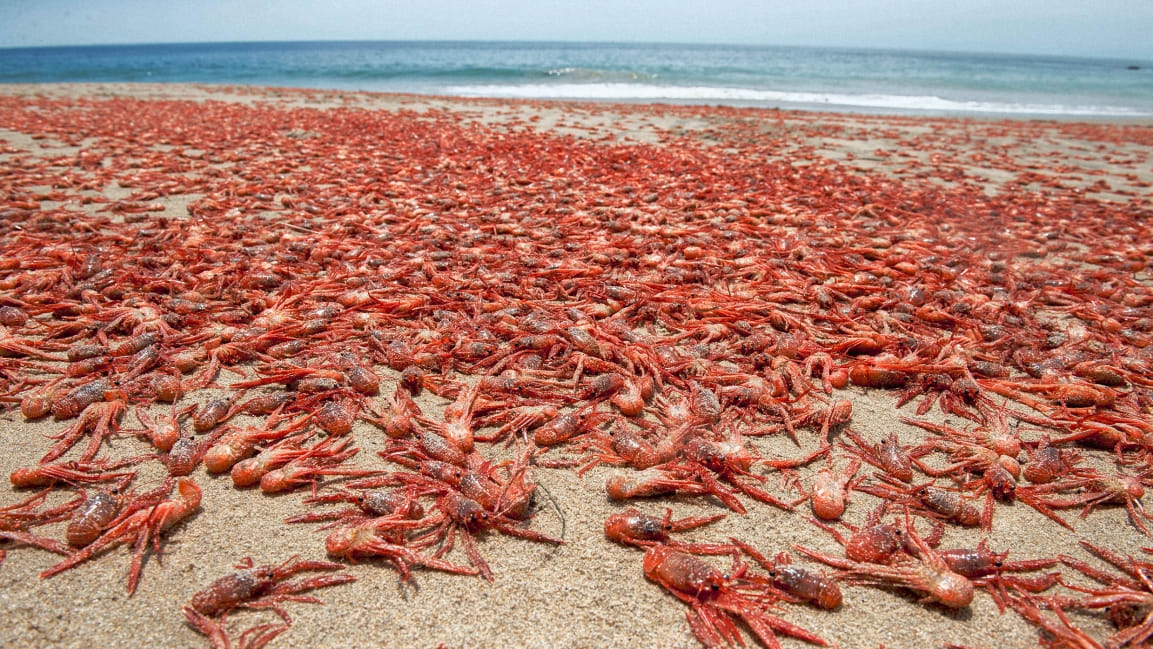