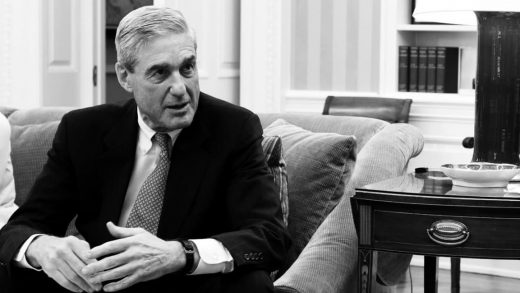 When will we see the whole Mueller report?

Attorney General William Barr has submitted to Congress a summary of the findings of special counsel Robert Mueller’s Trump-Russia collusion investigation. (You can see a copy of his summary at the bottom of this story.)

Mueller’s investigation, Barr writes in the summary released on Sunday, did not find enough evidence of collusion to bring charges against the president. Nor did Mueller show that the president and his associates were guilty of obstruction of justice, Barr reports, but notes that Mueller also did not exonerate the president of those charges.

Trump is already claiming total victory. “It was a complete and total exoneration,” he told reporters in Florida. “This was an illegal takedown that failed.”

Mueller’s office submitted the findings of its 675-day investigation to Barr Friday. It contained no further indictments beyond the 37 already submitted.

But Democrats insisted that Congress would continue to investigate the president and his associates. The ranking Democrat on the House Judiciary Committee, Rep. Jerry Nadler, says the committee will also call on Barr to testify.

In light of the very concerning discrepancies and final decision making at the Justice Department following the Special Counsel report, where Mueller did not exonerate the President, we will be calling Attorney General Barr in to testify before @HouseJudiciary in the near future.

Now that Trump, it appears, has been mostly exonerated of the collusion charge, the question becomes when and how the public will get to see Mueller’s full report. A recent CNN poll showed that a large majority of Americans–80% of Republicans, 88% of Independents, and 95% of Democrats–believe that the results should be released to the public in full.

Mueller’s refusal to make a judgement of whether or not Trump obstructed justice throws that important issue back into a deeply politicized realm. It became Barr’s job to review the evidence and decide. Barr, who was appointed by Trump just two months ago, is seen by Democrats as partial to both the Republican party and to executive privilege.

As the Times notes, Barr has “long adhered to a sweeping view of executive power under which the president, as head of the executive branch, has a constitutional right to control the exercise of discretionary policymaking by a subordinate such as himself.” He wrote in a 2017 brief that Mueller’s investigation shouldn’t cover obstruction at all.

“Given Mr. Barr’s public record of bias against the Special Counsels’s inquiry, he is not a neutral observer and is not in a position to make objective determinations about the report,” Pelosi and Schumer wrote. “And most obviously, for the president to say he is completely exonerated directly contradicts the words of Mr. Mueller and is not to be taken with any degree of credibility.”

Barr says in his letter to Congress that he is “mindful” of the public interest in Mueller’s findings, and says his goal is to release as much of the report as possible without running afoul of “applicable law, regulations, and department policies.”

But Barr is careful to explain in the letter that he’s identified information in the report that relates to “matters occurring before [a] grand jury,” or matters that could occur before a grand jury. And this information, he points out, can’t be released to the public. In fact, Barr could decide that large swathes of Mueller’s report fit that description.

Current Dept. of Justice (DOJ) guidelines also state that the DOJ can’t release information on the president if it’s not prepared to bring charges related to that information. They further state the DOJ can’t bring criminal indictments against a sitting president.

The guidelines came about during the Nixon presidency, with the thinking that a sitting president couldn’t perform the job properly with criminal indictments hanging over his head. The rules were reconfirmed during the Ken Starr investigation into whether Bill Clinton obstructed justice in the Monica Lewinsky affair.

Democratic members of Congress like California Congressman Eric Swalwell, who sits on the House Judiciary Committee, have said they’re prepared to propose laws that countermand the DOJ guidelines if the results of Mueller’s report are damning to the president.

And Barr may cite other reasons for withholding parts of the report from Congress and the public. The president might use “executive privilege” to order Barr to withhold things like correspondence between the president and his advisors.

While Mueller’s office has already recommended the indictments of dozens of people connected with the Trump campaign, no further indictment recommendations accompany the final results of the investigation submitted to the attorney general.

But other federal investigators continue to investigate Trump and his associates based on information related to Mueller’s investigation, and they could seek indictments. Federal investigations are examining campaign finance violations, a top fund-raiser to Trump, and a former lawyer in the Obama administration. Depending upon the report’s findings, Congress may also pursue new investigations.

Sixteen people have so far been identified as having contact with Russian operatives and officials during the 2016 election and Trump’s transition to power. Six Trump associates have been indicted.

Independent journalist Wendy Siegelman has published a handy chart showing cases from the Special Counsel’s Office or related cases of high-profile figures in the Trump-Russia investigation:

As a supplement to the notification provided on Friday, March 22, 2019, I am writing today to advise you of the principal conclusions reached by Special Counsel Robert S. Mueller III and to inform you about the status of my initial review of the report he has prepared.

On Friday, the Special Counsel submitted to me a “confidential report explaining the prosecution or declination decisions” he has reached, as required by 28 CF.R. § 600.8(c). This report is entitled “Report on the Investigation into Russian Interference in the 2016 Presidential Election.” Although my review is ongoing, I believe that it is in the public interest to describe the report and to summarize the principal conclusions reached by the Special Counsel and the results of his investigation.

The report explains that the Special Counsel and his staff thoroughly investigated allegations that members of the presidential campaign of Donald J. Trump, and others associated with it, conspired with the Russian government in its efforts to interfere in the 2016 U.S. presidential election, or sought to obstruct the related federal investigations. In the report, the Special Counsel noted that, in completing his investigation, he employed 19 lawyers who were assisted by a team of approximately 40 FBI agents, intelligence analysts, forensic accountants, and other professional staff. The Special Counsel issued more than 2,800 subpoenas, executed nearly 500 search warrants, obtained more than 230 orders for communication records, issued almost 50 orders authorizing use of pen registers, made 13 requests to foreign governments for evidence, and interviewed approximately 500 witnesses.

Russian Interference in the 2016 US. Presidential Election.

The Special Counsel’s investigation determined that there were two main Russian efforts to influence the 2016 election. The first involved attempts by a Russian organization, the Internet Research Agency (IRA), to conduct disinformation and social media operations in the United States designed to sow social discord, eventually with the aim of interfering with the election. As noted above, the Special Counsel did not find that any U.S. person or Trump campaign official or associate conspired or knowingly coordinated with the IRA in its efforts, although the Special Counsel brought criminal charges against a number of Russian nationals and entities in connection with these activities.

The second element involved the Russian government’s efforts to conduct computer hacking operations designed to gather and disseminate information to influence the election. The Special Counsel found that Russian government actors successfully hacked into computers and obtained emails from persons affiliated with the Clinton campaign and Democratic Party organizations, and publicly disseminated those materials through various intermediaries, including WikiLeaks. Based on these activities, the Special Counsel brought criminal charges against a number of Russian military officers for conspiring to hack into computers in the United States for purposes of influencing the election. But as noted above, the Special Counsel did not find that the Trump campaign, or anyone associated with it, conspired or coordinated with the Russian government in these efforts, despite multiple offers from Russian-affiliated individuals to assist the Trump campaign.

The report’s second part addresses a number of actions by the President — most of which have been the subject of public reporting — that the Special Counsel investigated as potentially raising obstruction-of-justice concerns. After making a “thorough factual investigation” into these matters, the Special Counsel considered whether to evaluate the conduct under Department standards governing prosecution and declination decisions but ultimately determined not to make a traditional prosecutorial judgment. The Special Counsel therefore did not draw a conclusion — one way or the other — as to whether the examined conduct constituted obstruction. Instead, for each of the relevant actions investigated, the report sets out evidence on both sides of the question and leaves unresolved what the Special Counsel views as “difficult issues” of law and fact concerning whether the President’s actions and intent could be viewed as obstruction. The Special Counsel states that “while this report does not conclude that the President committed a crime, it also does not exonerate him.”

In making this determination, we noted that the Special Counsel recognized that “the evidence does not establish that the President was involved in an underlying crime related to Russian election interference,” and that, while not determinative, the absence of such evidence bears upon the President’s intent with respect to obstruction. Generally speaking, to obtain and sustain an obstruction conviction, the government would need to prove beyond a reasonable doubt that a person, acting with corrupt intent, engaged in obstructive conduct with a sufficient nexus to a pending or contemplated proceeding. In cataloguing the President’s actions, many of which took place in public view, the report identifies no actions that, in our judgment, constitute obstructive conduct, had a nexus to a pending or contemplated proceeding, and were done with corrupt intent, each of which, under the Department’s principles of federal prosecution guiding charging decisions, would need to be proven beyond a reasonable doubt to establish an obstruction-of-justice offense.

Status of the Department’s Review

Based on my discussions with the Special Counsel and my initial review, it is apparent that the report contains material that is or could be subject to Federal Rule of Criminal Procedure 6(e), which imposes restrictions on the use and disclosure of information relating to “matter[s] occurring before [a] grand jury.” Fed. R. Crim. P. Rule 6(e)(2)(B). Rule 6(e) generally limits disclosure of certain grand jury information in a criminal investigation and prosecution. Id. Disclosure of 6(e) material beyond the strict limits set forth in the rule is a crime in certain circumstances. See, e.g., 18 U.S.C. § 401(3). This restriction protects the integrity of grand jury proceedings and ensures that the unique and invaluable investigative powers of a grand jury are used strictly for their intended criminal justice function.

Given these restrictions, the schedule for processing the report depends in part on how quickly the Department can identify the 6(e) material that by law cannot be made public. I have requested the assistance of the Special Counsel in identifying all 6(e) information contained in the report as quickly as possible. Separately, I also must identify any information that could impact other ongoing matters, including those that the Special Counsel has referred to other offices. As soon as that process is complete, I will be in a position to move forward expeditiously in determining what can be released in light of applicable law, regulations, and Departmental policies.

As I observed in my initial notification, the Special Counsel regulations provide that “the Attorney General may determine that public release of” notifications to your respective Committees “would be in the public interest.” 28 C.F.R. § 600.9(c). I have so determined, and I will disclose this letter to the public after delivering it to you. 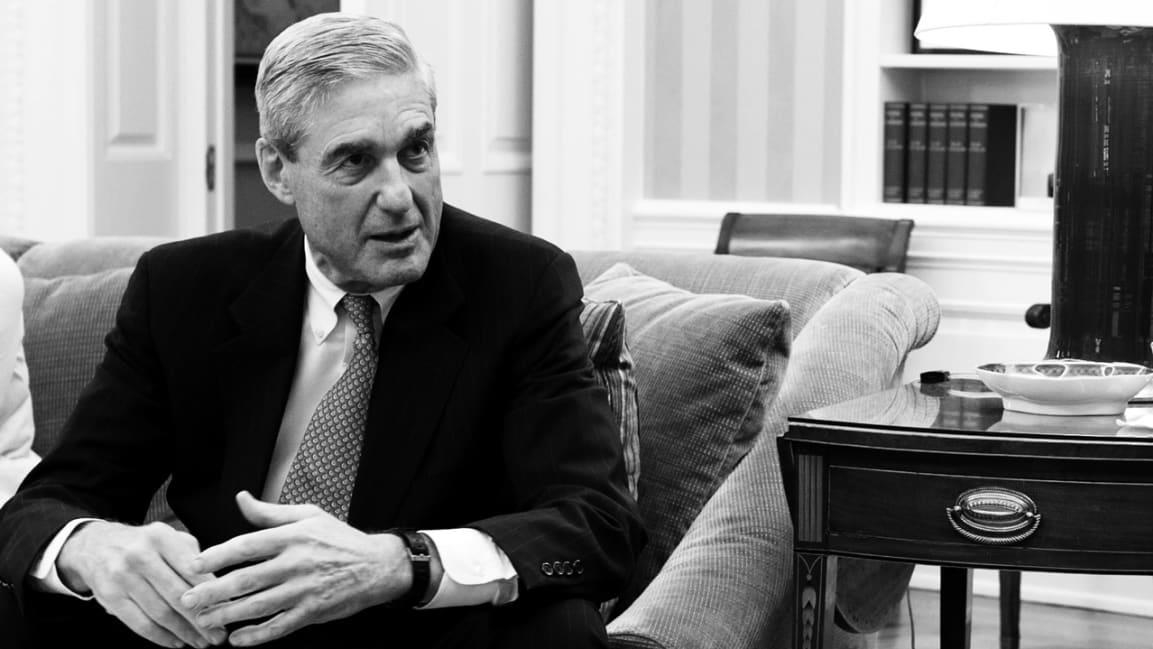