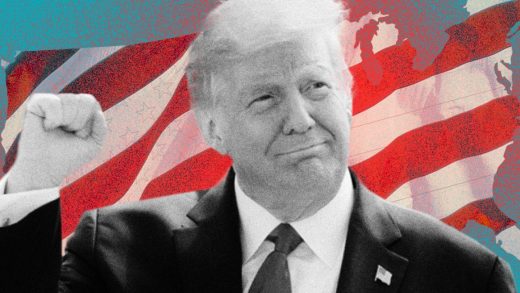 Whether or not Trump successfully steals this election, he’s already stolen Biden’s victory

In my mind, the calendar always ended on November 3. Beyond some potential events and projects, that’s as far ahead as I dared imagine.

Whatever happened afterward would either be too horrible to contemplate in any depth, or would bring such tremendous healing relief that to consider the possibilities for even one second when they could still be taken away would be torture.

Only after the election would I allow myself to open the mental Pandora’s Box of what it would feel like to suddenly wake up each day in a world where Donald Trump is out of power and we could all take a breath and undo some of the harm he’d inflicted and maybe try to do some good.

I didn’t kid myself that a Biden administration would instantly solve the pandemic puzzle or bring the country together. At the very least, though, it would deliver consecutive days without a constitutional crisis.

It took until Friday, November 6, to understand that it was actually happening; that Biden was ahead by so much in Pennsylvania, his victory was all but assured. Some publications like Vox even called the election, though legacy outlets remained cautious. At that moment, I finally let myself comprehend the enormity of the moment and its attendant implications, but only a little.

I dipped a toe into a creek to test the water and ended up falling in entirely. All of what this victory meant finally started to truly dawn on me at once, and an ecstatic energy animated my very being. I let out an involuntary holler, and ran around my apartment, ending up on the balcony, where my joyous screams ripped through the calm of the day.

On Saturday, when the news finally broke that the win was official, my wife and I jumped and danced and made calls to family. We watched videos of New Yorkers and Philadelphians celebrating in the streets, and we went outside in Minneapolis to experience it ourselves, greeted by a cacophonous call-and-response of honking cars and applauding passersby. People were walking around in groups of five, brandishing glib and glittery homemade posters, drinking champagne straight from the bottle. There were the spontaneous revelers, mini-parades, and block parties of a rare religiously festive occasion. World leaders started congratulating Biden, who made a very normal if not particularly inspiring victory speech. It was a moment for the ages, complete with Rudy Giuliani’s Four Seasons Total Landscaping fiasco unfolding in the background, a reminder of just how ridiculous Trumpworld could be, and how it might feel to laugh at them now that they would no longer be in charge.

It was an ending and a beginning and it felt so amazing, I was glad I hadn’t allowed myself to imagine it when there was still a chance I might lose it. Then, by Tuesday, November 10—a week after the election—it was gone.

The victory hadn’t vanished entirely, but it was now tainted by the all too familiar crisis mode, another existential threat suddenly looming. I had expected Trump to be surly and uncooperative, and that he might not concede, so when those things happened, it was almost a relief to see how low and small it made him look. But my mistake was in thinking that the GOP didn’t really need him any more and would just let him twist in the wind.

Instead, by Monday it became clear that the bulk of the Republican party, including its leadership, were fully unified behind Trump. Everyone from Mitch McConnell to Ivanka Trump to Ted Cruz on down, all claimed a peculiar form of voter fraud that only affects the top of the ticket, and not the down ballot section, where Democrats lost as many as 10 House seats and failed to win the Senate. They’re all using the line that “every legal vote must be counted,” implying a surplus of illegal votes, only from Democrat voters. Bill Barr authorized an investigation into alleged electoral irregularities, causing a top lawyer at the Department of Justice to resign in protest. And finally, on November 10, Secretary of State Mike Pompeo assured the country that, in the end, Donald Trump would prevail and remain president.

Secretary of State Pompeo is asked if he would help a Biden transition team:

“There will be a smooth transition to a second Trump administration.”
pic.twitter.com/7n7aDlo6tm

It was as if America had survived the climax of a horror move only to find out it was actually the beginning of a two-season Netflix series. That release of tension was instantly reversed, replaced with a deep spiritual exhaustion, and the feeling of being turned inside out and wrung dry.

No matter what happens now, whether Trump and the GOP succeed at stealing this election, under the paradoxical guise of preventing it from being stolen, they’ve already stolen our victory, and so much more.

One of the most excruciating aspects of witnessing this attempted theft is that it’s unfolding in exactly the way that experts predicted. Trump alleged in advance that any outcome in which he didn’t win would be the result of voter fraud, something he also suggested back in 2016. He also discouraged his own supporters from using mail-in ballots, despite the pandemic, because in his framing, they were so easy to manipulate. Democrats called out Trump’s maneuvering, and the fact that his appointed Postmaster General Louis DeJoy happened to be slowing down deliveries just before the pandemic election. Pundits speculated that Trump would claim victory based on the early, in-person votes, and that mail-in ballots would later erode his victory and that he would refuse to concede.

It was all so predictable that Bernie Sanders called every shot in advance exactly.

Considering all the Trump-inflamed scrutiny on would-be voter fraud, the election was heavily and thoroughly observed, including by an international panel Trump invited (which is now calling his accusations baseless.)

This broadly embraced charade relies upon tremendous bad faith. No legitimate evidence of voter fraud has been found—aside from the one Trump supporter in Pennsylvania who got busted requesting a ballot for his dead mom—let alone enough fraud to account for anything near the margins by which Trump lost. All claims to the contrary tend to be based on hearsay and shadowy evidence to support a preordained hypothesis.

The GOP is acting only on unearned suspicions and hostility. They clearly started with the conclusion that Democrats  stole the election, and are now working backwards, throwing everything against the wall to see what sticks. They make broad statements that their observers weren’t allowed in, when they were, and that droves of dead people voted, when they didn’t. Disgraced scam artist James O’Keefe, who got busted in 2018 for trying to run a #MeToo sting operation on the Washington Post, is offering $25,000 rewards for testimony. All any takers have to do is lie and their voice will be worth more than the people’s voice, as long as enough soulless GOP jackals believe them.

So far, though, all of Team Trump’s cases are being laughed out of court. Either the judges outright toss them, or the hearings end with Trump’s defense admitting that they have nothing and are wasting everyone’s time.

Since the Trump campaign just issued a press release about the “integrity of the election process,” here’s a reminder of what happened when they brought that claim to a federal court (November 17, 2020): https://t.co/otS8cHmlIn

Today in court, a Pennsylvania judge asked a lawyer for Trump point-blank whether he was alleging fraud.
(Full transcript here https://t.co/K2mfxFbtGZ) pic.twitter.com/y17v0PFkMx

Even the one “whistleblower” O’Keefe unearthed, and who set up a GoFundMe that raised over $120,000, has now recanted his testimony. (The personal fundraising appeal has since been removed.)

How on earth are we expected to accept, after four years of a presidency known for its dishonesty, that high-level officials can contest a legitimate election win on the basis of such amateur hour, fake fraud b.s.? Or that the GOP is owed the opportunity to kick the tires because of how unfairly they’ve been treated? Or that Democrats are just inherently suspicious and, according to Senator Lindsey Graham, can only win by cheating?

The nihilistic cynicism on display here is breathtaking. Trump decided the only way he could save face is to shroud his decisive loss in indecision, and delegitimize it in the eyes of his 70 million supporters. It’s the Birther conspiracy all over again, minus the racism.

The goal at this point might not even be to overturn the results, so much as just inject enough doubt into the proceedings that Trump voters refuse to believe the election wasn’t stolen. (Also, to raise money for Trump’s new leadership PAC and chip away at his debt.) Why would those voters accept the truth, when their leadership angrily swears otherwise? The best-case scenario now is that Trump supporters ultimately forego an actual street-level revolution for just angrily assuming the next administration is utterly fraudulent.

Some of their response depends on how this tumultuous post-game phase of the election ends. At the moment, Rupert Murdoch is dangling rumors of a historic book deal payday in front of Trump, which could cushion the blow enough to get him to go quietly. Or maybe he—in collaboration with McConnell, Graham, O’Keefe, and the rest—will find a way to invalidate the results. Or maybe the fraud allegations will only persist until a lawyer gives a damn compelling speech in a courtroom, and we get the full Aaron Sorkin ending.

Either way, Trump has stolen something from us that he can’t give back.

In addition to the fleeting feeling of victory, which already feels so long ago, and the sheen of legitimacy, he has stolen any naïve hope of Biden or anyone else uniting the country any time soon.

For a brief instant, I thought maybe if Trump was revealed as a bitter, sulking wannabe tyrant for all to see, we might start to agree on some things again. I had a modicum of optimism, which was bound to get crushed by the reality of a Biden presidency, but which felt incredibly refreshing.

For the indefinite future, all those days in the calendar beyond November 3 now look identical to the days that preceded them: Constant chaos, frustration, lies, and irresolvable polarization.

Trump and his cohort have stolen this victory, stolen our optimism, and stolen Biden’s legitimacy.

None of it can be forgiven. 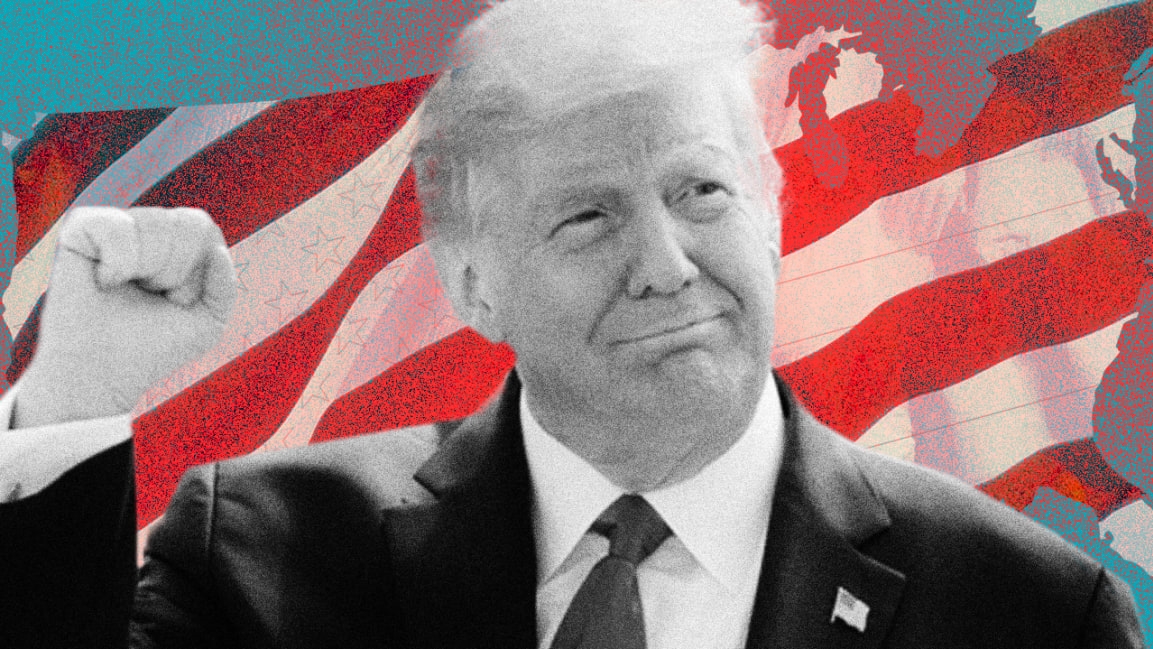