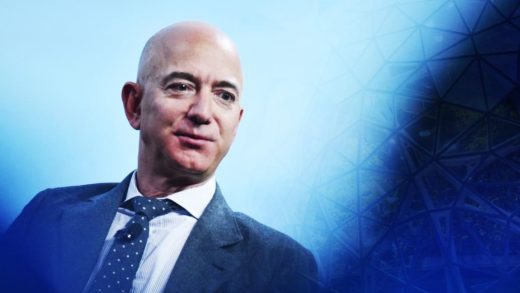 Why 2020 could be the year Amazon becomes unstoppable

It’s 2020, the year that Amazon will celebrate its 25th birthday as an online retailer. Amazon is more complex and diverse than ever before, and part of my job is to make sense of what’s going on so I can advise our clients on how to navigate the future. I don’t have a crystal ball, but I have some educated guesses on what we might see from Amazon in 2020 (besides, you know, that there will be another season of Fleabag).

Amazon will own the internet (or at least part of it)

It’s looking like Elon Musk’s SpaceX is going to have first-mover advantage in the race to offer broadband internet from a fleet of satellites, but Jeff Bezos is not far behind. The Amazon founder already has his own rocket company, and now Amazon is leasing over 200,000 square feet in Redmond, Washington, for a team dedicated to Project Kuiper, described as a constellation of 3,236 satellites deployed in low Earth orbit for low-latency, high-speed broadband.

It will be years before Project Kuiper gets off the ground, but one can’t contemplate Amazon’s future without thinking about “what’s next” in terms of the internet. Amazon and its services are inexorably intertwined with the web. Alexa, Fire TV, Amazon Web Services, eero Wi-Fi routers (acquired by Amazon last year), etc. The company announced Amazon Sidewalk last year, a “new long-term effort to greatly extend the working range of low-bandwidth, low-power, smart lights, sensors, and other low-cost devices customers install at the edge of their home network.”

How do we predict Amazon’s next move here? What do 5G networks mean for Amazon? Will they try another phone? Honestly, I have no idea (that’s a lousy prediction, I know). However, it’s not hard to imagine Amazon as an internet service provider, and the satellite project seems to foreshadow precisely that.

Amazon had shipped products with UPS for years and now is delivering most of its own packages. Amazon relied on Oracle for years and then built the largest cloud computing company. The company tends to take over the infrastructure it needs for its business to operate. Whether or how this happens with internet service or some variation on that theme remains to be seen, but I predict that by the end of 2020 we get some additional clues as to whether or not Prime will come with a data plan.

Amazon’s advertising division is already the third-largest digital advertising platform in the U.S. (behind Google and Facebook). Advertising, currently bringing in over $10 billion in revenue, is a high priority for Amazon and in many ways is still quite nascent.

While Amazon’s growth in this area may initially seem unlimited, a lot of the low-hanging fruit has already been picked. Consider the customer’s limited tolerance for ads in the search process, for example. Amazon displays only so many products on any given page, and as sponsored listings start occupying more of this real estate, friction mounts in the user experience.

Another challenge that Amazon faces with search advertising is that Amazon customers spend precious little time on the site. Amazon is ruthlessly efficient and intentionally so. I attribute this to the fact the site was designed by men who hate to shop. They patented 1-click ordering. In, out, boom, done.

The implication of this, of course, is that limited time-on-site translates directly to limited opportunities for Amazon to surface multiple advertisements to the visitor. Contrast this with Facebook, where people spend hours browsing the site every week and might be exposed to hundreds of ad impressions.

The third headwind for site search advertising is the reality of ad economics for brands. Costs per click have been steadily increasing since Amazon launched sponsored ads, but these costs are now hitting a plateau. This is simply a function of brands not having unlimited margin dollars to spend. No one is going to spend $13 to advertise a $19 curling iron that costs $5 to ship.

When Amazon Advertising saturates its site real estate, is unable to convince customers to stick around to see more ads, and brands max out their bids, the search ad business will mature. This is why Amazon’s strategy is evolving to become more competitive in display advertising (i.e. “higher up the funnel”).

Bonus prediction: Amazon tests Alexa ads in 2020. “Do you want to hear about our Deal of the Day?”

Doubling down on video, GIFs, and other visuals

I predict that we will see pictures on Amazon start moving more. Relative to other mobile apps that are in Amazon’s class for popularity, Amazon’s content is surprisingly static. Amazon will double down on video in ads, GIFs, live streams, brand store videos, 360-degree images, VR, etc. Video, animations, and interactive displays will become standard content building blocks.

As a result, vendors and sellers will need to do their storytelling and communicate product value props visually. Investments in 10-second media will become increasingly valuable.

Alexa, send refills for my prescriptions

In 2018 there were rumors actively circulating that Amazon would buy a drugstore business such as Walgreen or CVS. Amazon bought PillPack instead, which lacked the physical footprint of the chains but was better aligned with Amazon’s online business and still offered important inroads to the industry. Everyone knows pharmacy is a tough and insular business, limited to the few who have navigated the regulatory labyrinths of the insurance and healthcare industries. These pills are too big to swallow (sorry) for most newcomers to the category, but Jeff Bezos is not afraid of complexity. He also sat on the board of Drugstore.com in the 1990s, so he’s not naïve.

The prize here is huge. Prescription drug spending is $500 billion in the US alone. The business model is horribly antiquated and ripe for disruption. Who needs nine thousand Walgreen’s locations when you can just ask Alexa to refill your prescriptions and have them delivered the next day?

Blue Cross Blue Shield of Massachusetts integrated PillPack into their plans last year and did so primarily because of the popularity of PillPack with enrollees. According to the insurer, PillPack has an NPS score of 74, vs 26 for traditional pharmacies (!) In other words, customers dread the trip to the pharmacy and would much rather have their meds delivered.

It’s going to take more than one insurance company to move the needle on the adoption of Amazon’s services, but it’s not difficult to imagine other insurers also viewing the option a feature benefit for customers and pursuing it on those merits alone. Industry analysts say that Amazon will ultimately need a pharmacy benefit manager under its ownership to tip the scales, which is something to look for in the coming year.

I predict that 2020 will be a strong growth year for PillPack in terms of popularity, setting the stage for a tipping point in insurer adoption in 2021. If Amazon pulls this off, there will be an Uber-like revolution for prescription medicine distribution that permanently disrupts the existing retail model.

This is my boldest and least favorite prediction. Likely as not, Amazon successfully fends off cyberattacks with the kind of regularity that would alarm most people and we’re blissfully ignorant that any such nastiness occurs. However, Amazon is potentially vulnerable in many ways that most websites or businesses are not. For one, there are millions of third-party merchants across the globe that can publish directly to Amazon’s website. I’m not going to elaborate upon any specific tactics or perceived potential weaknesses for obvious reasons, but in general terms, I think there’s (rightfully) a focus by Amazon on protecting critical infrastructure that leaves open the possibility of more low-tech incursions that could still be disruptive or harmful.

Amazon’s website experienced outages the past two Prime Days, with the 2018 episode being particularly costly. As it was explained to the public, these issues were not nefarious but resulted from a failure of the infrastructure to deal with the surge in traffic (having published new UIs specifically for the event complicated the execution as well). I mention this more as a reminder of Amazon’s critical dependence upon the site operating in order for the business to function.

This idea may seem laughable to some of the tech security people at Amazon, but I’ve seen detail pages of Amazon private label products hacked, fake reviews are published with regularity and someone is always finding Nazi memorabilia somewhere on the site. Furthermore, what’s to say that the dog food you buy on Amazon (from China) isn’t contaminated? Meanwhile, Amazon doesn’t share the real name of its sellers with the public, so presumably, this activity can be transacted anonymously.

I’m not predicting that anyone will take Amazon down, but I give it even odds that Amazon is tested in ways it didn’t expect and faces a PR backlash as a result.

Expanding use of APIs fuels a third-party developer boom

With or without the platform unification, we will see Amazon expand access to APIs, or electronic data exchanges. Amazon currently offers EDI connections for the purposes of order confirmation and shipping functions, and Seller Center has an API for reporting and a host of other functions. Recently, Amazon has limited the use of the Seller Central API (called MWS) to developers who are registered with Amazon.

In 2020 I predict that we will begin to see RESTful APIs introduced as an alternative to the legacy EDI technology currently employed for vendor POs, as well as new APIs to cover additional functions such as payments, catalog details, sales data, and other analytics.

In the future, users may not even need to log into Vendor Central except to change user settings. In other words, all vendor interactions with Amazon’s platform might instead take place through third-party tools developed with the APIs.

The implications of this shift will be profound for the developer and investment community. An entire marketplace of tools for third-party sellers has already emerged over the years from developers using the Seller Central MWS. Amazon’s road map suggests that this marketplace will expand to include tools designed for Amazon vendors by independent developers using the wider set of APIs. When Amazon released the API for its advertising platform just a couple of years ago, it propelled a rush of development from new and existing companies, prompting hundreds of millions of dollars in investments and acquisitions.

Larry Pluimer is the founder and CEO of Indigitous, a Seattle-based Amazon services agency that helps brands and investors achieve their objectives with Amazon. Previously, he worked with Amazon to launch the Outdoor Recreation category for Amazon Retail.

A version of this article appears on AmazonPOV and has been reprinted with permission. 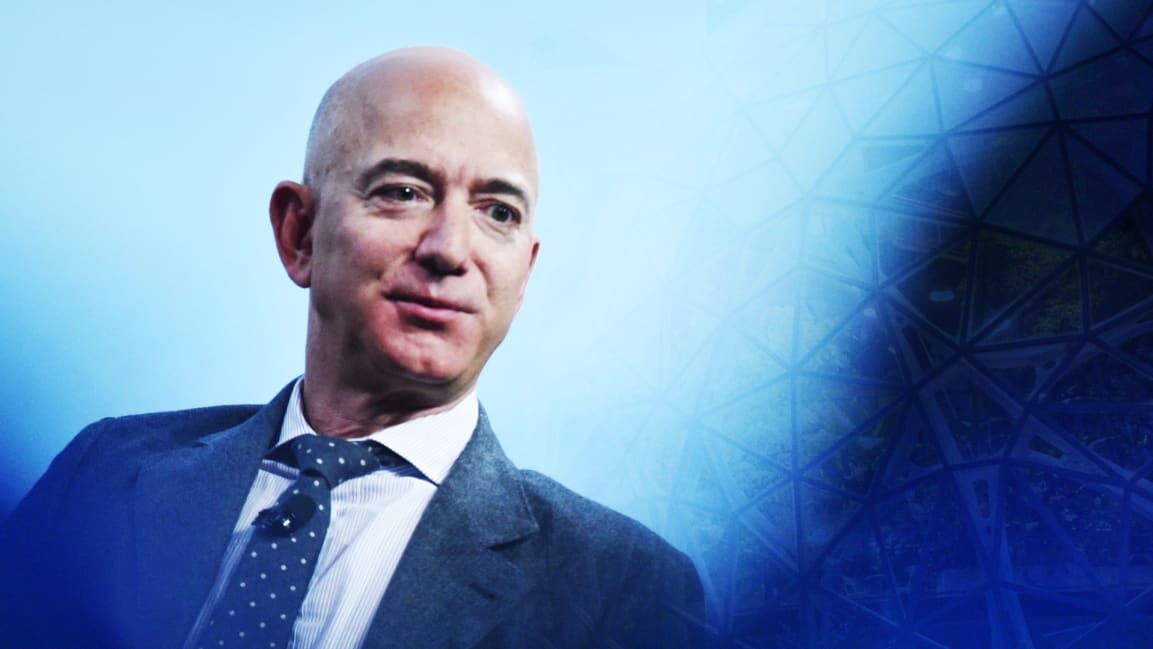