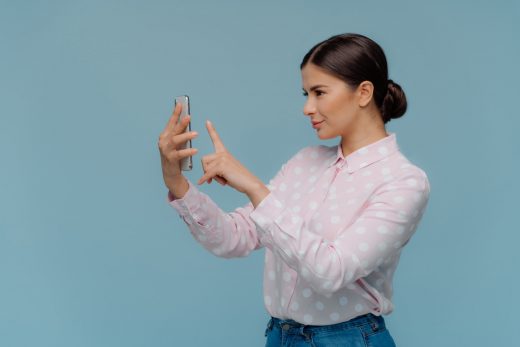 Why are we obsessed with Instagram’s ‘What are you?’ filters? 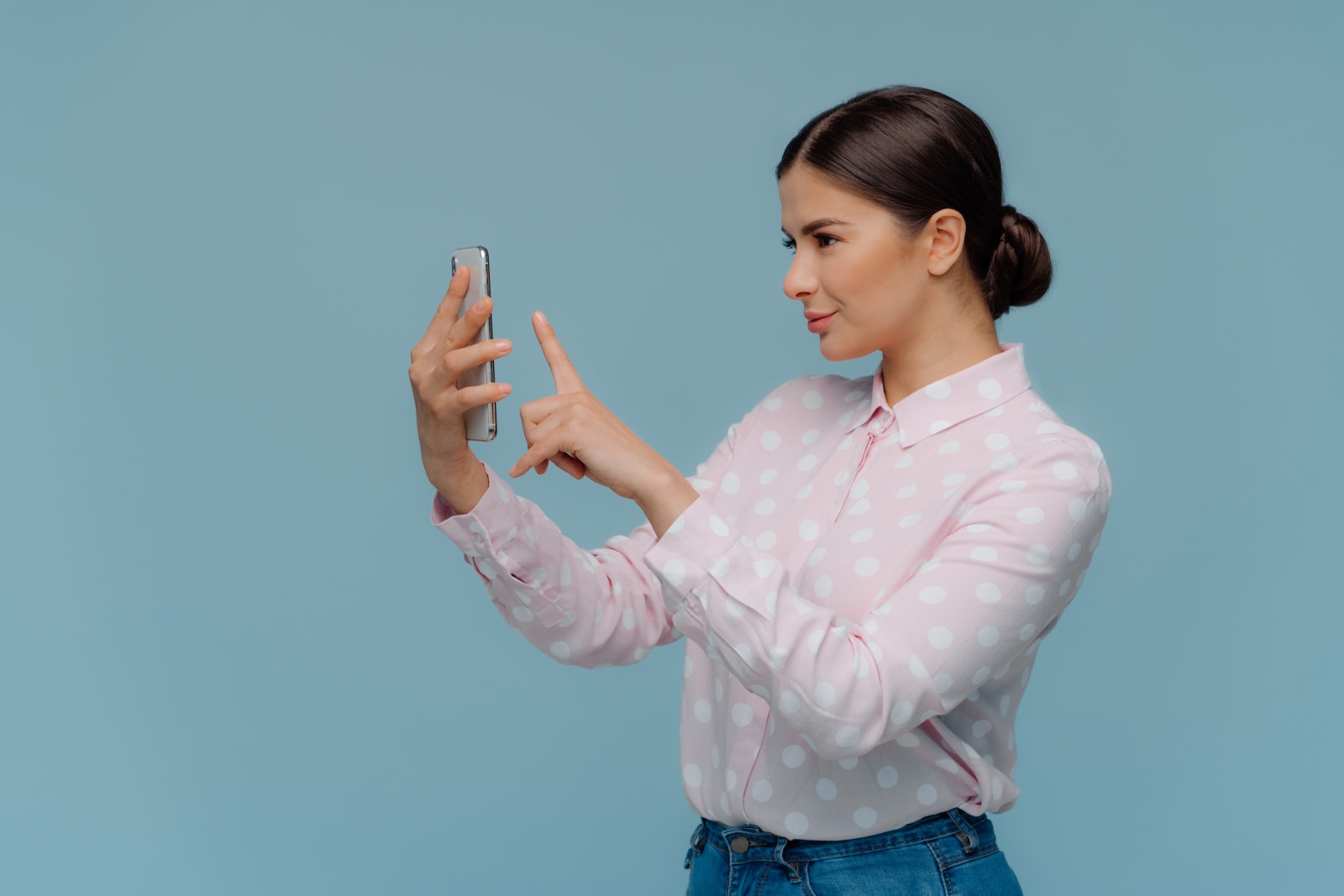 We’re barely one month into 2020, and one social media trend has truly taken the definition of ‘viral’ and rammed it down our collective throat: Instagram’s “What X are you?” story filters.

It started off innocently enough: “What Disney princess are you?” “What Pokémon are you?” Then things got a bit more cerebral. “What’s your best quality?” “What should your New Year resolution be?” Then it got dark: “What’s your crippling anxiety?” And then it just got weird: “What type of hole are you?”

The premise is simple. Load up the filter, stare dead-eyed into the camera lens and hold down the trigger button and wait with bated breath to discover what kind of whatever you are. Your reaction is recorded, and you can choose to share your result with your followers if you want to (and everybody wants to). You’ve also got the option to try or save an effect, but most people seem content using them just the once. It’s basically a more instantaneous, shinier take on the ol’ random Buzzfeed quiz, created at a grassroots level by Instagram-using artists and programmers.

And “random” is the keyword here, because despite the filter giving the illusion of complex number-crunching — a light beam scanning your face, for example — the results are generally completely arbitrary. As @DarkArtsPhoto — maker of the “What’s your crippling anxiety?” filter — tells me, the majority of creators use a randomize function on their AR software (the Facebook-made Spark is a popular choice). “In simple terms, this software instructs the camera to look at your face, gleans info about the shape and position of your face and then simply slaps the effect on your face with one of the predetermined outcome options,” @DarkArtsPhoto says. “I haven’t seen anything describing a formula to utilize camera or environment to influence a number.”

That’s not to say a smarter kind of filter isn’t feasible, but it would likely require a heap more work than their random counterparts. According to the creators I spoke to, these filters can take only a couple of hours (if that) to put together, and the pay-off is pretty remarkable. Filippo Soccini — the maker behind the popular “In 2020 I will be…” filter — says his creation has been seen two billion times since it launched and has been used 330 million times.

Meanwhile, Christopher Gu‘s portfolio of filters — which range from “Never Have I Ever” to “Which dog breed r u?” — has picked up well over 100 million impressions, including 60 million in their first seven days on the platform. During that period, then, Gu’s filters were being used 100 times per second around the world.

Some brands have found a way to use these filters to their advertising advantage. UK chicken chain Nando’s, for example, attempted a “What Nando’s spice level are you?” filter, which seems rather uninspired in the face of indie offerings like “What mythical cryptid are you?” For grassroots creators, though, the pay-off comes in the form of massive exposure, more followers and a warm glow that they’re helping folk around the world waste time in a very efficient manner — and that’s largely down to the curious way Instagram made these filters usable.

There’s no central database from which to pick and choose these specific filters — you either find them via someone else’s story or on the profile of its creator if you follow them. Their popularity depends entirely on them spreading through Story feeds, so you need to actively engage with the platform to use them. The chances are, once you’ve used a specific one, you’ll soon see your friends following suit, and that particular filter will then spread into different social circles. Creators that have a bigger social circle have a better chance of their filter spreading far and wide, resulting in users coming back to their profile out of curiosity. For Gu, this gives potential post-college recruiters an idea of his entrepreneurial, creative chutzpah. For others, such as @TheDarkArtsPhoto, it’s a fun tie-in with the account’s existing content and services.

This is also why many of these filters have managed to shirk any issues of copyright. While there are a number of clauses attached to the use of copyrighted material on both Spark and Instagram, filters asking “What McDonald’s dollar menu item are you?” is nothing but free advertising for the company, so creators muddying the waters here have thus far flown under the radar. Although as @DarkArtsPhoto says, “If people start making money off filters, I bet some lawyers will prick their ears up soon enough.”

But to the matter at hand. These filters would not have seen such meteoric popularity nor appeared in their droves, were it not for their immense appeal. Something about their entire MO sparked interest in even the most apathetic Instagram filter user. Even I — a ham-fisted elder Millennial who feels a bit queasy about selfies and has only really just gotten to grips with Story GIFs — was extremely here for them. Ask me what type of anything I am. Go on. I bet I can tell you.

There are, of course, no end of studies illustrating the feel-good fix that social media provides. Posting a picture of your shining visage online can bring about lots of dopamine-dosing feels. But the appeal of these specific types of filters goes a little deeper still, according to neuroscientist and author of The Idiot Brain, Dr Dean Burnett. (Disclaimer: He and I run a neuroscience-based podcast together called Brain Yapping). According to him, a large part of it comes down to the randomization of it all.

“Humans are an extremely social species by default, so the opportunity to share something with your group is tempting already,” he says. “But there’s also a consistent human drive to quantify ourselves — we do it all the time, with everything.” Burnett points to things like our weight, our height, age, salary and follower count as examples of things we use to define ourselves. “This kind of quantifiable data gives us certainty and feeds into our self-image.”

But does knowing what dog-wearing-sunglasses you are really count as quantifiable data? Especially when the outcome is entirely random? “The fact that it’s all random nonsense is irrelevant,” he says. “It’s still satisfying to know what type of thing you are. And it’s actually advantageous to the ‘sharing with the group’ dynamic — there’s no risk involved. If you get a complimentary result, great. If you get an insulting one, you can act surprised and appalled in an amusing and engaging way, and nobody can judge you because it’s all meaningless.”

Risk — or rather, the lack of it — is actually a much bigger draw to these filters than we might realise, says Burnett, especially in comparison to the regular selfie, for which Instagram is so well known. Selfie shame, sadly, is a very real phenomenon. People — often women — are afraid to share photos of themselves for fear of appearing vain or arrogant, and there’s the risk that they put themselves out there in what they think is a nice photo, only to receive deafening silence in return — or worse, criticism.

These Instagram filters bypass all of that, says Burnett. “You’re not saying, ‘Hey look how nice my face looks.’ You’re saying, ‘Look what this software thinks my face means,’ and it’s hard to take exception to that. A filter that took a reading of your knee or elbow probably wouldn’t be as successful, so it’s a visual humblebrag, of sorts, and there’s no risk of rejection.”

But these are not motivating factors for the filters’ creators. When asked what they believe the appeal of them is, answers typically included things like, “they’re funny,” or “they’re relatable.” Or the most common response among those I spoke with: “They’re a good way to waste time.”

This quiz filter frenzy does appear to be dying down now — replaced instead with parodies and memes of the whole episode. But I can’t guarantee I won’t tap on another one if it orbits into my social sphere, putting it in front of other filter fans and causing the whole cycle to kick off again. What kind of insufferable Instagram trend am I? I already know the answer to that one.

‘What Filters Instagram’s Obsessed You.