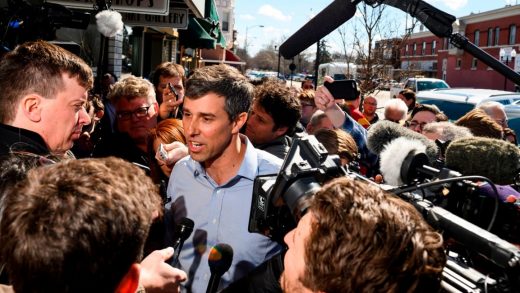 The cult of personality is a curious thing. It can be disarming, powerful, and potent enough to trump experience and logic (pun intended). In elections, affable candidates who position themselves in the style of being “just like you,” “the type of guy you’d have a beer with,” or able to say things that voters wish they could say are seemingly able to override substance on the sheer strength of their relatability and likability. Add social media to the mix, and the fact that it only takes a single post or tweet for a soundbite, clip, or meme to go around the world in five minutes. Viral stardom and subsequent media coverage helped elect Barack Obama, Donald Trump, and now 2020 candidate, Robert “Beto” O’Rourke, is primed and ready to capitalize on that formula (already raising more than $6.1 million online in the first 24 hours of his campaign).

Now, I like Beto O’Rourke–I do. He appears passionate, a great orator, and is willing to physically push himself to the limit in the name of visiting every voter in every county who’s willing to meet him. Anyone who decides to run for public office has a certain level of vanity, and anyone who considers themselves qualified to be the leader of the free world, not to mention the best person for that job, has a great deal of hubris (such as declaring, “Man, I’m just born to be in it.“) But sometimes that level of pride comes with its own blind spots. There are three things that give me pause about Beto’s candidacy.

First, O’Rourke is reminiscent of the stereotypical bright-eyed startup wunderkind that can talk a good game and get investors to believe in some innovative tech–the utility of which has yet to be proven. Think of a founder with all of the promise and media hype, but who doesn’t have a working MVP or a viable business model with any hope of monetization. One could argue that going for the top job with his level of experience is a classic example of peak white male privilege. A Harvard Business Review study found that men typically apply for a job when they meet just 60% of the qualifications, while women wait until they meet closer to exactly 100% of the qualifications in the job description. As an analogy, it’s as if a senior director at a tech company applied for a VP position after his last review, didn’t get the job, and then decided to apply for the CEO job at another company.  How can you possibly be good at a job when you haven’t mastered the roles that prepare you for it? This is an important question, because it gets to the underlying question of who gets to fail upward and why we let them, which is an all-too-common scenario in a country where meritocracy is a myth.

Second, there is little parity in how O’Rourke is judged, compared to other candidates, hopping into the race and sucking up all the subsequent media attention at their expense. O’Rourke is currently out of a job after giving up his House seat to pursue his unsuccessful campaign to oust Ted Cruz from the Texas Senate seat while the current slate of declared candidates all either hold office–from mayor to senator–or have a body of impactful work and results to point to support their candidacy. This distinction is no more evident than when looking at the women candidates in the race, all of whom hold political office, and most have stated policy positions in addition to lengthy track records on the local, state, or federal level. In O’Rourke’s case, his experience totals 12 years, with six years in local El Paso government and six years in U.S. Congress. His record in El Paso is largely defined by a disagreement with local Chicano activists against a development project to gentrify their neighborhoods, a project that was bankrolled and supported by Republicans, and his congressional record shows that he voted with Republicans a good deal in opposition to his own party. In short, his record reflects that of a centrist in a party that is leaning more and more “to the left, to the left,” in the words of Beyoncé. O’Rourke seems to have more questions than answers, and at the moment, there is little by way of actual policy positions.

Additionally, O’Rourke has been arrested twice, once for burglary via hacking and once for DUI. Just imagine Cory Booker or Kirsten Gillibrand trying to run with these blemishes on their records and how they would be judged. A black man or a woman with a record running for president? Surely that’s an automatic disqualification. In O’Rourke’s case, it is essentially brushed aside as a youthful indiscretion, much like George W. Bush’s drunken hijinks as a young man.

Third, I’m all for pursuing one’s dreams, but there are key moments in life in which one should be practical, particularly in the realm of public service, if a candidate is truly serious about doing what’s best for party and country. As my grandmother used to tell me, “Do what you have to do until you can do what you want to do.” In short, it is what she called, “Coming to Jesus.” If O’Rourke were to come to Jesus in this instance, he would put his presidential plans on ice and instead do what’s best for the party and make a run for the Texas Senate in 2020 against Republican John Cornyn. The party is looking to not just win the White House and keep the House in 2020, but obviously wants to make gains in the Senate in order to actually enact legislation. The best chance to effect this change is to have viable Senate candidates, as O’Rourke has shown he can be with his 2018 run. The name recognition, his ability to go to every county in Texas, the viral clips, the extensive email list and donors–all of these make him the best candidate for a second run at the Senate.

Again, I like Beto. So, if he wins the primary, I’ll knock on doors, cast my vote, and do my best to make sure he wins. Does this mean that we’re doomed to a future of inexperienced politicos (O’Rourke) and non-politicians (Trump)? The 2016 election changed the game by making inexperience a non-factor–even an advantage–for a large swath of the electorate. If that’s the case, then let’s see O’Rourke replicate former President James A. Garfield, and leapfrog from the House of Representatives to the U.S. presidency and be the first to do it since 1880. After all, there is precedent. In the words of Trump, “What do [we] have to lose,” right?

Bärí A. Williams is vice president of legal, policy, and business affairs at All Turtles. She previously served as head of business operations, North America for StubHub, and lead counsel for Facebook, and created its Supplier Diversity program. Follow her on Twitter at @BariAWilliams. 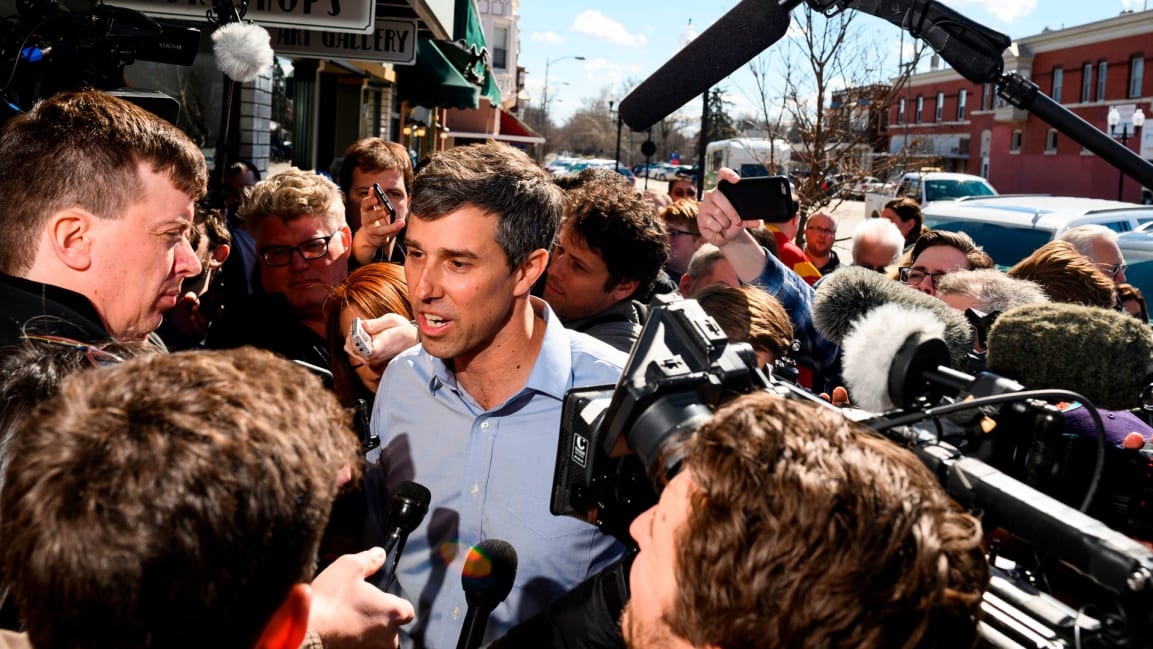