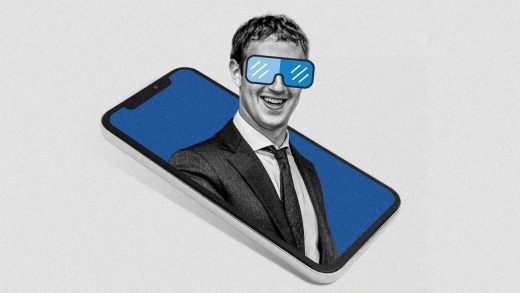 Why Mark Zuckerberg is fixated on creating AR’s ‘iPhone moment’

Thanks to The Verge’s Alex Heath, we now know more about Meta’s plans to shape the metaverse by building its own wildly ambitious augmented-reality hardware.

Heath’s article, “Mark Zuckerberg’s Augmented Reality,” covers two codenamed products. “Project Nazere” is a high-end pair of AR glasses that don’t require a smartphone, with the first version shipping in 2024, followed by upgraded ones in 2026 and 2028. Also due in 2024 is “Hypernova,” a more economy-minded take on AR eyewear that does piggyback on a smartphone’s connectivity and computing muscle.

The piece is full of technical details, such as Nazere’s use of custom waveguides and microLED projectors to fuse your view of the real with a digital overlay. Both Nazere and Hypernova will supposedly work with a wrist device that uses differential electromyography to detect electric neurons, allowing for input that feels akin to mind control. (More than a year ago, my colleague Mark Sullivan wrote about a preview of this technology.)

But along with all the specifics in Heath’s story, what’s also striking is its discussion of how these planned products roll up into Meta’s highest-level goals. They are, of course, an extension of Mark Zuckerberg’s hopes, dreams, and aspirations:

If the AR glasses and the other futuristic hardware Meta is building eventually catch on, they could cast the company, and by extension Zuckerberg, in a new light. “Zuck’s ego is intertwined with [the glasses],” a former employee who worked on the project tells me. “He wants it to be an iPhone moment.”

Everybody’s entitled to their own definition of an “iPhone moment.” Presumably, it involves a product of truly epoch-shifting impact—not necessarily the first in its field but an unprecedented blockbuster that defines the category by bringing it to the masses. Something like, well, you know, the iPhone.

For a tech CEO such as Zuckerberg, creating an iPhone moment isn’t just about selling something enormously successful; it also provides full control over an ecosystem. That lets a company chart its own destiny in a way it can never do if it’s building on someone else’s platform.

Zuckerberg has long been bugged by the fact that Facebook/Meta’s products have historically sat atop environments operated by other companies, such as Apple and Google. I know this because he told me so himself.

One of my big regrets is that Facebook hasn’t had a major chance to shape the mobile operating system ecosystem.”

Back in 2015, toward the end of the period when Facebook seemed to be an unstoppable phenom rather than a troubled giant, I interviewed Zuckerberg for a Fast Company cover story. “One of my big regrets,” he said, “is that Facebook hasn’t had a major chance to shape the mobile operating system ecosystem.” The smartphone revolution had come along before Facebook was big enough to build a platform of its own, leaving it as a mere tenant—albeit a remarkably popular one—on iPhones and Android phones. (The company’s attempt to claw back some control over the experience, with an Android interface called Facebook Home, became one of its most iconic flops.)

Since Zuckerberg expressed that disappointment to me, he’s had only more reason to be frustrated by his company’s lack of full-stack authority over the experiences it creates. Exhibit A: Apple’s App Tracking Transparency (ATT) feature, which presents iPhone users with a dialog box that allows them to choose whether an app can track them or not. Most are opting out, a move that strikes at the heart of Meta’s targeted advertising business. In February, when Meta said that ATT could cost it $10 billion in lost revenue in 2022, the result was a stock collapse of historic proportions.

By the time Meta’s AR glasses hit the market, it’s entirely possible that their principal competition will be . . . Apple AR glasses. Is it any wonder that Zuckerberg is hoping that Meta, not Apple, will create the iPhone of AR?

The thing is, we can’t be sure that Meta, Apple, or anyone else will successfully conjure up an iPhone moment for AR. In the 15 years since the smartphone’s debut, even Apple’s biggest launches—such as the iPad and Apple Watch—have failed to be anywhere near as transformative for the company, the industry, or society. There weren’t all that many iPhone-like moments before the iPhone came along, either: Obvious candidates include the releases of the first IBM PC in 1981, Windows 95 in 1995, and the first iPod in 2001.

When I spoke with Zuckerberg in 2015, he relayed his desire to shape a platform from the ground up in the context of Facebook’s still-recent $2 billion acquisition of virtual reality pioneer Oculus. Under Facebook/Meta ownership, Oculus went on to become the dominant VR platform by any measure. According to IDC, Meta’s Quest 2 headset had 78% of the VR market last year, with sales of 8.7 million units. And owners of Quest headsets have spent a total of $1 billion on games and other content.

But VR still hasn’t had its iPhone moment, if that involves a product becoming a truly pervasive part of modern life. Maybe that helps explain why Facebook kicked the can a few years down the road by betting everything on the metaverse—a concept that’s essentially an amalgam of VR and AR, and still raw enough that few expect it to have its iPhone moment in the immediate future.

One other thing about iPhone moments: Rather than being tidy little inflection points, they often play out over years. That was even true in the case of the iPhone itself, whose early sales were regarded as a bit of a disappointment and which didn’t get its all-important App Store until 18 months after the first iPhone was announced. Then there’s the iPod, which didn’t reach its full potential until Apple made it compatible with Windows in 2002 and opened a music download store in 2003. Did I mention that Windows 95 shipped a decade after the operating system’s first version?

Given that Meta is already planning its AR road map through at least 2028 and has said that its metaverse vision involves 10 to 15 years of work, it understands that it’s on an epic journey with many milestones. That means that it could be years before anyone knows if Zuckerberg will finally satisfy his yen to shape the tech industry’s next big thing. Even infinite patience and a willingness to invest tens of billions of dollars in the effort guarantee nothing. 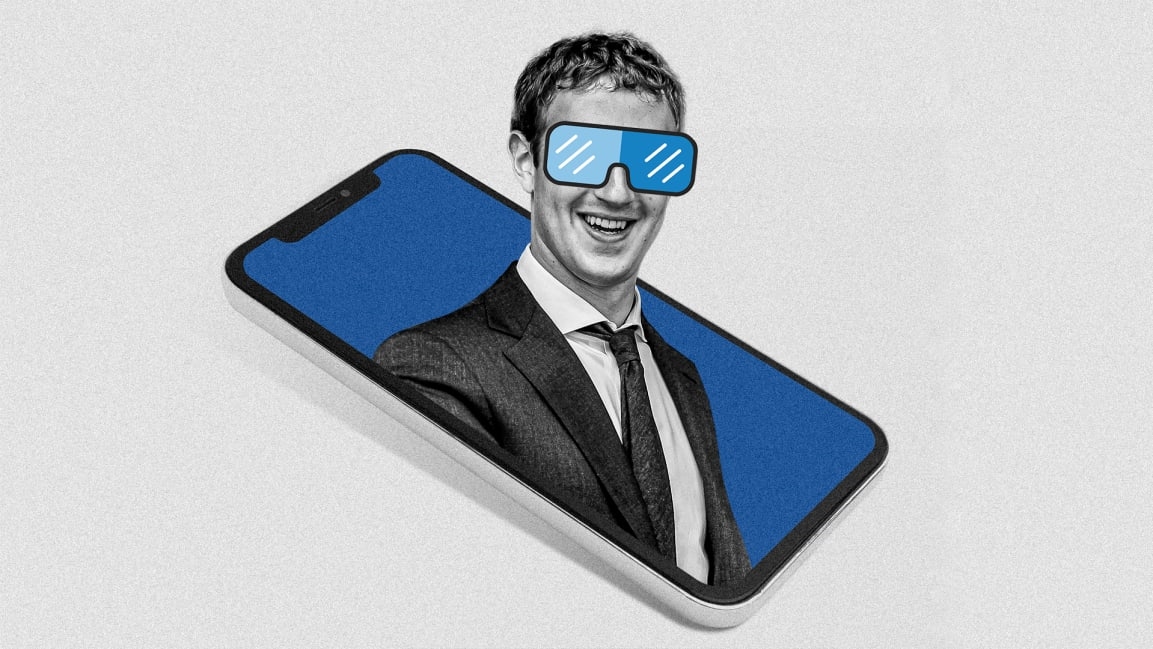