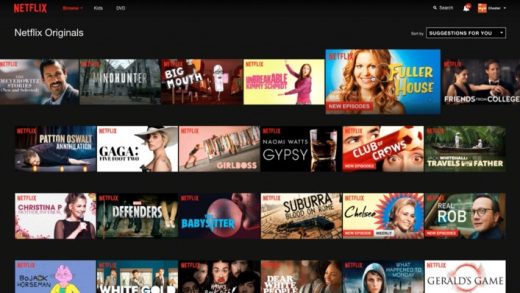 Why Netflix Isn’t Worried That Studios & Networks Are Walking Away

On Monday, Netflix’s high-flying earnings report revealed that the company now has 109 million global subscribers, which beat analyst expectations and sent the company’s stock to an all-time high of $205.16. But amid all the hoopla, there were those who expressed caution. MoffettNathanson analyst Michael Nathanson warned that as Netflix ups its content spend to as much as $8 billion in 2018, it will see more media companies start to pull their movies and TV shows off the streaming service. These companies, he wrote, are already starting to “arise from their crack cocaine induced slumber to rethink their licensing of exclusive, first run content to Netflix and move that content to their own platforms, Hulu, or VOD.”

Disney did exactly this recently, announcing that it was ending its lucrative licensing deal with Netflix and launching two of its own streaming services next year. Fox is also pulling shows, including popular titles like Friday Night Lights and Malcolm in the Middle, which exited your Netflix queue this month. Ditto for NBCUniversal (30 Rock) and CBS (How I Met Your Mother).

As more companies follow suit, the reasoning is that Netflix will be screwed. Although Netflix does not release ratings, many have long suspected that a good chunk of its viewership comes from binges of older network and cable series like Breaking Bad. (There will be more clarity on this as Nielsen begins rolling out its streaming ratings.)

Anecdotally speaking, this may have a grain of truth: I recently binged nearly seven seasons of Grey’s Anatomy. But as Netflix floods its platform with ever more original programming and positions it front and center on your screen, that balance has to tip. In my case, it already has: In addition to Grey’s, I watch Stranger Things, Master of None, Love, The Crown, and, because all I had to do was click, the new Jerry Seinfeld special. I also tried Ozark. Mind you, this is the same trajectory that both HBO and Showtime took, starting off as second-run libraries and morphing into destinations to watch new, original series and movies. It’s a trajectory that Netflix has been aggressively maneuvering for the past few years, realizing early on that licensing costs were only going to go up.

Netflix’s flood of originals—it is promising 80 of its own movies next year; or seven times what a Hollywood studio typically delivers—is its own buffer against the whims of networks and studios. It’s also leverage. In many cases, it’s Netflix that is opting not to meet the content companies’ terms when it comes to renewing deals. Although back in the early days, Netflix gained a reputation for making somewhat naive deals with networks and studios, offering up fat checks, co-exclusivity, and other terms that were favorable to Hollywood, these days the streaming service is a much more cutthroat deal-maker. It’s total exclusivity or nothing, according to sources, and the checks aren’t quite as fat. So who’s screwing whom?

The idea that Hollywood will completely give up its Netflix dependency is unlikely. The fees may not be as high, but they’re still substantial revenue streams for traditional media companies struggling to make their numbers. As one source put it, “Netflix is the proverbial opioid. And I don’t think there are that many services with Netflix’s deep pockets to step in and take their place.” Amazon may have the cash, but its content team is currently in the midst of a management crisis, and its strategy is not entirely clear. As for a newcomer like Apple, it’s still years away from building up the kind of platform that Netflix has.

Yes, Disney made a strong statement, essentially giving Netflix the middle finger and committing itself to its own means of streaming distribution. But few (if any) other companies have as powerful and beloved a global brand to go it alone. Look no further than CBS All Access, which is gaining traction with zeitgeisty series like the new Star Trek, but is hardly a threat to the streaming giants.

If there’s any warning to take away from Netflix’s earnings report, it has nothing to do with media companies, but with Netflix itself. Which is: How to maintain quality control for so many titles? How will Netflix ensure that each of its projects is special, so to speak, and not just filler for queues? And how will each title be effectively marketed, given the glut? Already, new series launch on the service one week, only to be replaced by the next new thing seven days later. As one Hollywood manager recently put it, “When I got into this business, it was the Golden Age of Television. Now it’s”—she makes a vomiting gesture, referring to just how many TV shows are being made, with Netflix leading the way.

Sadly, there’s no algorithm to address either of these issues. But if experience has taught us anything about Netflix, it’s to never underestimate them. For now, at least, the crack cocaine they’re handing out is working. 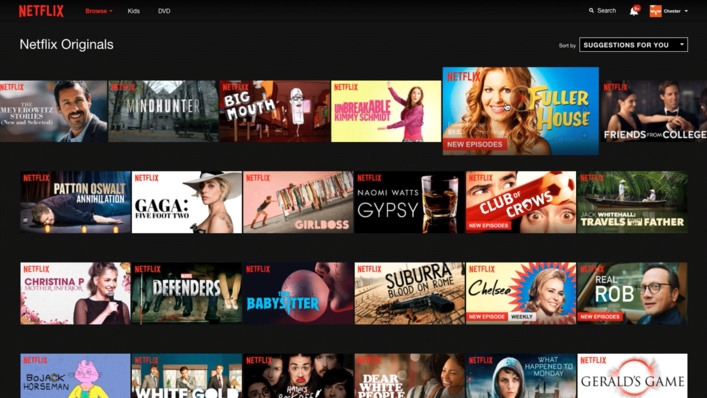