Why our perception of risk-taking is all wrong

September 22, 2021
The face of risk-taking in the United States is male, largely white, and flashy. Think Tom Cruise, who shot to stardom, appropriately enough, with the movie Risky Business, and has been the embodiment of male daredevilry over a lifetime of dramatic action films appropriately titled Mission: Impossible. The professional equivalent of hanging off cliffs and jumping crevasses is the Silicon Valley version of entrepreneurship: betting vast sums that you don’t have on risky deals or maxing out your credit cards and borrowing from everyone you know to fund a start-up that countless people have told you is bound to fail (assuming, of course, that the people you know have funds to lend, which tells us immediately who cannot participate in this kind of risk-taking).

In fact, women are just as inclined to take risks as men. Generations of studies on risk have supported a hypothesis that historian of science Cordelia Fine dubs “testosterone rex”: The idea that women are driven by biology and evolution to be cautious, and men to be daring.” Natural selection supposedly favored men who were willing to take risks to hunt down food or fight other men for territory and thereby were rewarded with multiple mates, whereas women could have only one mate at a time.

Fine carefully dissects this logic and the science behind it, citing multiple studies showing that risk taking is not a stable personality trait even among individuals, much less across genders. In other words, studies repeatedly show that people who are risk acceptant in some areas of their lives are risk averse in others, leading to “insurance-buying gamblers” and “skydiving wallflowers.” If we cannot identify even individuals as uniformly arrayed along a spectrum from risk takers to risk avoiders, then how can we possibly classify entire groups that way?

What does come through the research time and again is that “the risk in a given situation is inherently subjective, varying from one individual to the next.” Individuals engage in a subjective evaluation of the costs and benefits of a particular course of action, based on their own life experience and circumstances. When men and women have the same perception of the costs and benefits of a risk, they are equally likely to take it. But their perceptions often differ, just as the perceptions of men of color often differ from those of white men.

It is thus not surprising that many women are less willing to take at least some of the kinds of risks that men take; women who are caregivers must assess any potential dangers in terms of a possible threat not only to themselves but also to the others in their charge. The world is a much scarier place when you are responsible for those who need care, other humans who are by definition younger, older, weaker, sicker, or simply more vulnerable. The women in these situations are not actually less daring in some essential sense; they just rightly assess the risk to be much higher than a non-caregiving man would in the same situation.

In situations where life experience does not shape perception to the same extent, men and women take the same amount of risk, but may do so differently. For instance, financial expert and neuroscientist John Coates has analyzed the behavior of male and female traders and finds that men like to take risks quickly, thrilling to the rapid-fire pace of the trading floor (think modern-day battlefield), whereas women prefer to take more time to analyze a security and then make the trade. In still other situations, women are actually more willing to take risks than men. One important category where this appears to be true is social risks—such as diverging from your friends or family in your opinions or tastes.

Let’s think of that category as the risk of nonconformism—a critical attribute for an entrepreneur or for what organizational psychologist Adam Grant calls an “original,” a person whose “hallmark is rejecting the default and exploring whether a better option exists.” A vibrant, innovative society wants more of exactly those people.

So, who is really taking risks in our society and how can we encourage more of it? Consider the cost-benefit analysis that a parent makes who is contemplating moving to another neighborhood to send a child to a better school, typically leaving behind family, friends, and an entire infrastructure of social support. The costs are evident, but are the benefits? Can such parents be sure that their children will get the attention and support they need to flourish? Can they fully envision the many doors that might open for their children as a result of both a better education and a whole new set of valuable contacts? Similar to this is the young person who is the first in their family to go to college and who goes following the advice of the life-long value of a degree. We need not look at risk taking case by case, however, comparing individuals and their families.

Michelle Gelfand, a sociologist at the University of Maryland, has conducted extensive research on what she calls “tight” versus “loose” cultures, rule-makers versus rule-breakers. Tight cultures are rule-bound and strict, marked by deep social solidarity but little room for individual innovation; think Japan. Loose cultures are the opposite—rules are just the start of a negotiation, individuals put themselves apart from or ahead of the group, innovation flourishes; think Italy.

Many factors shape a culture: history, geography, demography, economics, and politics, to name just a few. Still, Gelfand finds that groups under threat— whether at the family, local, or national level— tighten up. It’s obvious when you think about it. The military, for instance, is the tightest, most rule-bound culture there is. And consider the many African American parents who brook no argument over their children following the rules when it comes to dealing with authority, in the form of a teacher, an employer, or a cop—authority that is still overwhelmingly white. As Kiese Laymon tells it, his mother, a political scientist in Jackson, Mississippi, insisted he be “excellent, disciplined, elegant, emotionally contained, clean, and perfect in the face of American white supremacy.”

Now consider which parents encourage, or at least tolerate, risk-taking. Mark Zuckerberg dropped out of Harvard, not community college, to found Facebook. Silicon Valley is full of young, mostly white men from relatively well-off families who went to prestigious schools, who could imagine reaching for the stars in part because they would not fall very far if they failed.

Indeed, Silicon Valley has made a cult of failure as the path to learning, urging entrepreneurs to “fail fast” and move on to their next venture. Failure is the path to learning. But what if you have no savings and no parents to bail you out? What if failure means not being able to make rent, put food on the table, or not have health care? Not just losing your job, but the ability to get another one? A poor culture is a tight culture. If we want people to break the rules, to innovate, to believe that they can shape their own lives, and to build and create something new, then we need to make them feel safer. It almost seems un-American to say so, but risk taking requires security.

Excerpted from Renewal: From Crisis to Transformation in Our Lives, Work, and Politics © 2021 by Anne-Marie Slaughter. Reprinted by permission of Princeton University Press.

Anne-Marie Slaughter is CEO of New America and the Bert G. Kerstetter ’66 University Professor Emerita of Politics and International Affairs at Princeton University. Her books include Unfinished Business: Women Men Work Family and The Idea That Is America: Keeping Faith with Our Values in a Dangerous World. She lives in Princeton, New Jersey. Find her on Twitter @SlaughterAM. 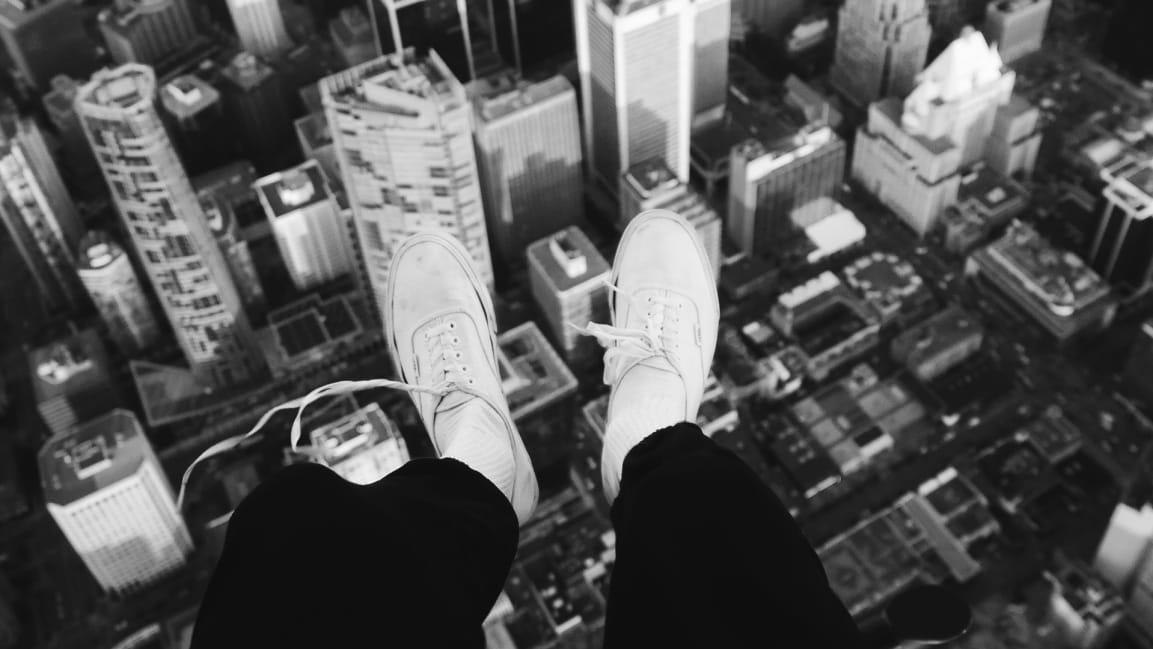